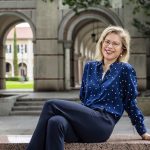 A new center for advanced cell manufacturing, intended to ease bottlenecks slowing progress toward new disease-fighting strategies such as cancer immunotherapy, gene and stem cell therapy, and CRISPR/Cas9 editing, has announced new leadership, a new name, and a major step forward for its planned Watertown facility.

The public benefit company, born of a partnership of Boston-area universities, hospitals, and private industry led by Harvard and MIT,  named former Orchard Therapeutics, Amgen, and Genzyme executive Ran Zheng its chief executive. Zheng, who started earlier this year, said that the project has been renamed Landmark Bio. It had been called the Center for Advanced Biological Innovation and Manufacturing since it was formed in 2019.

Zheng has had to roll up her sleeves right away, as construction of Landmark Bio’s new facility in Watertown, announced in January, is slated to break ground today. Plans call for a phased opening of the space to begin in January. The work will entail a nearly complete retrofit of 40,000 square feet spread over two floors at the existing building at 300 North Beacon St. in Watertown, near a number of biotech startups in the Watertown Life Science Cluster.

“In recent years we have seen an eruption of breakthrough discoveries in the life sciences, which has driven unprecedented growth,” Zheng said. “To turn these breakthrough discoveries into life-saving medicines, we need to test them in humans, and manufacturing is a critical step. One of the bottlenecks we’ve observed is the shortage of manufacturing capacity to enable clinical trials, which has become a hindrance of innovation.”

Harvard Provost Alan M. Garber, chair of the Board of Landmark Bio who has been leading the initiative, said Zheng’s industry background is a good fit for a mission that is different from that of a lone investigator striving to develop a new therapy.

“When we talk about manufacturing, it’s not a solo scientist figuring out how to make things work. You need a process that people can work with and follow consistently,” Garber said. “You can’t succeed in developing such processes unless you have the right kind of experience. Ran has that and is ready to take on the CEO role. She’s very, very accomplished in biological manufacturing, but what’s really important to me is that her vision for the future is exactly what we’re trying to achieve.”

Garber said Zheng, who as executive director of Amgen’s West Greenwich, R.I., facility brought it from a site that produced a single product to one of the world’s largest multiproduct biopharmaceutical manufacturing facilities, also has the interpersonal skills to navigate the complex life-sciences environment in the Boston region, with major corporations, biotech startups, universities, incubators, and hospitals all playing key roles.

“She is committed to our mission and understands it at a very deep level,” Garber said. “She has the right set of leadership skills to navigate the vibrant Eastern Massachusetts life sciences community with its many players.”

Zheng said her most immediate task is overseeing the facility’s construction, but her most important task is likely going to be hiring the people who will bring the mission to life.

“I can’t emphasize enough the importance of the team,” Zheng said. “We’re truly a startup as of this moment, and No. 1 is hiring a small group of people and building a purposeful, diverse, and talented team. Most important is the culture of the company. We want an open, inclusive, empowering culture grounded in trust and respect.” 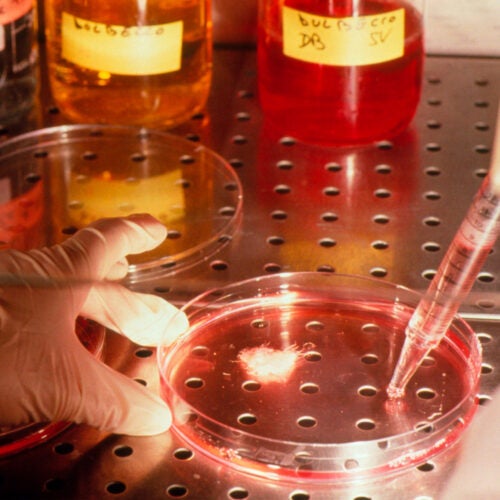 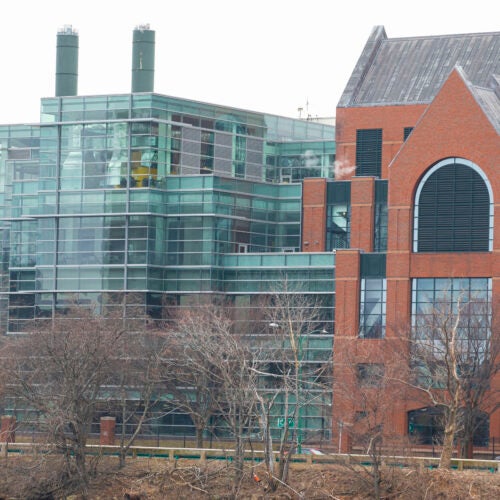 Zheng said Landmark Bio will open in stages as construction on the facility becomes complete. First will be offices, with laboratory, innovation, and manufacturing space to come later. Together, the facility’s different facets are intended to overcome a hurdle in the production of cell and biological therapeutics that has slowed progress of the development of the most advanced generation of tools to treat genetic diseases, cancer, diabetes, and other ailments. A major focus will be ensuring that supplies of biological materials, such as genetically altered cells, are available so clinical trials of promising discoveries can go forward.

When completed, the facility is expected to have more than 120 staff members in process development, advanced biological manufacturing, quality control and quality assurance, regulatory sciences, and business operations. Zheng said the facility will be flexible and reconfigurable in order to allow changes as it adapts to the rapidly developing field. In addition to space for manufacturing, Landmark Bio will also have dedicated innovation space where ideas that have left the lab but are not ready for corporate investment can be further developed. The facility also aims to be a site for training in the operation of advanced equipment used in cell manufacturing as a way to achieve another of Landmark Bio’s goals: increasing the region’s pool of workers skilled in biological manufacturing.

“Cell and gene biological manufacturing is so important for innovation today. Without manufacturing you cannot move toward the next step to provide patients life-saving treatments,” Zheng said. “It’s a still-nascent field, but there is lots of promise.”