The evolution of bigotry 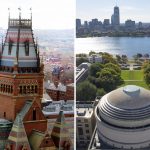 Harvard and MIT-led nonprofit to tackle longstanding inequities in education

James Sidanius, who theorized societies are built on ethno-racial hierarchies, dies at 75

James H. Sidanius devoted much of his career to the pursuit of one question: Why are societies always hierarchical, with some groups at the top and others at the bottom?

The John Lindsley Professor of Psychology in memory of William James and of African and African American Studies, who died June 29 at age 75, knew from a young age how inequality and oppression functioned in his own society. He got involved in Civil Rights, Black liberation, and anti-war activism as a teenager in New York City, and saw that legislative efforts to win rights for Black people did not erase their marginal status in everyday life.

At the same time, Sidanius was nurturing a burgeoning interest in psychology. He received a bachelor’s degree in psychology from the City College at the City University of New York and did counseling work with local youth. But he became disillusioned with both clinical work and the deep-seated racism of his home country in the late 1960s and, like many other Black activists of the time, sought a new home abroad. He renounced his U.S. citizenship and traveled to Cuba and Algeria before settling in Sweden, where he earned a Ph.D. in psychology from the University of Stockholm. While there, he saw hierarchies of ethnicity and gender play out in a different, yet familiar way.

These life experiences were foundational to Sidanius’ pioneering theory of social dominance, honed over decades of research. His central thesis, developed in the early 1990s with Felicia Pratto, a professor of psychological sciences at the University of Connecticut, was that human societies are structured along hierarchies of three types: age, gender, and arbitrary markers of race, ethnic group, class, or other association that can change over time and under particular economic or demographic conditions.

“From his vantage point, intergroup relations, especially systems of stable racial and ethnic hierarchy and inequality, are very common developments in human experience and, he would say, human evolution,” said Lawrence D. Bobo, dean of social sciences and W.E.B. Du Bois Professor of the Social Sciences. “In effect, he said the creation of ethno-racial hierarchy had been selected for through evolutionary time as a survival mechanism for the human species, and that those systems of ethno-racial inequality involve a dominant or privileged group at the top and one clear negative reference or minority group at the bottom. While this evolutionary view didn’t make any particular system of inequality just or moral, the pattern was altogether too common and too time-insensitive, in his view, to be otherwise.”

Sidanius and Pratto also originated the idea of social dominance orientation: the extent to which an individual will support or work against hierarchy in a social system. That orientation, they argued, could influence a person’s interests, choice of career, and religious and racial attitudes. And on the whole, they felt it was unlikely that a given society would ever fully eradicate hierarchy in favor of egalitarianism.

Sidanius was born James Brown in 1945 and grew up in New York City. He changed his last name upon moving to Sweden, but returned to the U.S. in the 1980s as a permanent resident. After 17 years on the faculty at University of California, Los Angeles, he moved to Harvard in 2006 and established the Sidanius Lab to study the social psychology of unequal intergroup relations, including power relations and hierarchies, prejudice, and identity-based conflict.

Prior to Sidanius’ work, social dominance was “a problem that no psychologist had recognized to be the fundamental aspect of social life that his work singularly demonstrated,” said Mahzarin Banaji, Richard Clarke Cabot Professor of Social Ethics. “He created that subfield, gathered a brilliant group of students to invest in understanding it, and left no stone unturned to understand all its complexities.”

Sidanius’ work ethic was well-known among his colleagues and students. Bobo recalled that at UCLA Sidanius was nicknamed “The Brain,” and he emerged from his office only for caffeine and meals.

At Harvard, “The light in his William James Hall office was always on, evenings and weekends,” said Banaji. “He exemplified for me the word ‘pursuit’ in the phrase ‘the pursuit of knowledge.’”

As part of that pursuit, Sidanius was not afraid to shy away from debate. He was one of the few people to talk openly about the role of evolutionary theory in psychology at a time when such work was more controversial.

He also faced pushback from other scholars for his theory of gender prejudice, “which held that systems of ethno-racial inequality are fundamentally struggles among and between men, not women,” said Bobo. “Some people, especially feminists, took him to task on that, and I think it had a healthy effect on how he articulated the theory from then on.”

Sa-kiera T.J. Hudson, a postdoctoral fellow at Yale University and former graduate student at Harvard, recalled arguing with Sidanius “like old ninnies” about the finer points of his theory, particularly around gender.

Despite their disagreements, “Jim treated me like an intellectual equal, to the point someone remarked they wished they could be a fly on the wall during some of our debates,” said Hudson, who received a Ph.D. in social psychology from Harvard in 2020. “I learned how to think theoretically from our debates around his theory of gender prejudice, and I think over time he knew I was onto something good because he wouldn’t debate me anymore.”

Over the course of his career, Sidanius published five books and more than 330 scientific papers. He received numerous honors for his work, including a Harold Lasswell Award from the International Society of Political Psychology for Distinguished Scientific Contribution in the Field of Political Psychology and a Career Contribution Award from the Society for Personality and Social Psychology. He also received a Scientific Impact Award and a Distinguished Scientist Award from the Society for Experimental Social Psychology. Sidanius was inducted into the American Academy of Arts and Sciences in 2007 and the Association of Psychological Science in 2013.

Sidanius employed numerous research methods in his work but was especially interested in data analysis. He taught research methods at Harvard, and in his final years, he was teaching himself the complex R programming language, used by many data analysts, to stay current with statistics research.

“He had a very high level of statistical analytical skills and was constantly collecting and analyzing data,” said Bobo. “He relentlessly pursued ways of getting data to test and validate his viewpoint, as opposed to simply accepting a claim that someone else had put on the table.”

“When I felt disheartened because of the nature of my research on prejudice and inequality, he reminded me that it was just the nature of the game, saying, ‘You can’t get mad at the rattlesnake for biting you; it’s just in its nature,’” said Asma Ghani, a current doctoral student in the Sidanius Lab. “When I felt scared of my research — fearing failed experiments — he reminded me that there was no need to feel scared of data, to just let it speak to me and that I was a good scientist regardless of the outcome of my experiments.”

Sidanius employed his data-based methods in his personal life, notably on a meticulously maintained spreadsheet of his favorite high-performance cars and their attributes. He also had eclectic taste in music, exacting standards for stereo systems and vinyl records, an interest in photography, and a love of Death Valley in California. Sidanius lived in Cambridge and is survived by his wife, Miriam, a son from a previous marriage, a daughter-in-law, and one grandchild.

“He was a big persona, a charming and very solid man, a good friend. If you got to talk to him, you would find it difficult to forget him,” said Bobo. “He was willing to look at the ugly side of human social existence, and in many ways would focus on what comes out of the dark side of human nature — or the beast, as he would call it. He felt that if you can’t look at it or engage it, then you can’t deal with it.”