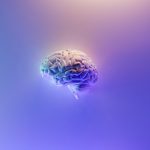 A collaborative group of researchers has identified substantial microbial changes in the intestines of at-risk infants before disease onset in a new, long-term, prospective approach to the development of celiac disease. Using advanced genomic sequencing techniques, MassGeneral Hospital for Children (MGHfC) researchers, along with colleagues from institutions in Italy and the University of Maryland, College Park, uncovered distinct preclinical alterations in several species, pathways and metabolites in children who developed celiac disease compared to at-risk children who did not develop celiac disease.

As part of the MGHfC Celiac Disease, Genomic, Microbiome and Metabolomic (CDGEMM) Study, researchers identified changes in the gut microbiomes (collection of microorganisms) and metabolomes (molecular components of cells and tissues) of infants that occurred months before celiac disease onset. Changes include an “increased abundance of pro-inflammatory species and decreased abundances of protective and anti-inflammatory species at various time points preceding the onset of the disease,” according to the group’s article published in the Proceedings of the National Academy of Sciences.

“In this proof-of-concept study, we compared the gut microbiome of 10 infants who went on to develop celiac disease to the gut microbiome of 10 infants who did not develop the autoimmune condition,” says Maureen Leonard, lead author and clinical director of the Center for Celiac Research and Treatment at MGHfC. “We found significant changes in the intestinal microbes, pathways and metabolites as early as 18 months before disease onset. This was much earlier than we expected,” adds Leonard.

In CDGEMM, researchers in Italy, Spain, and the U.S. are studying 500 genetically at-risk infants from birth through age 10, allowing them to track changes in gut microbiota before celiac disease develops. CDGEMM researchers have been collecting extensive blood and fecal samples and voluminous environmental data on each participant since 2014. In this study, researchers used metagenomic analysis that enabled them to link microbial composition with function, highlighting changes in pathways associated with either increased inflammatory processes or reduced inflammation. “This study demonstrates the power of next-generation sequencing coupled with bioinformatics to detect these important changes, “says co-author Rita Colwell from the Institute of Advanced Computer Studies, University of Maryland, College Park.

“We needed a longitudinal, birth-cohort study of these at-risk infants to move microbiome research from associative observations to more causative studies,” says senior author Alessio Fasano, director of the Center for Celiac Research and Treatment at MGHfC. “This approach will help us to develop novel strategies for the diagnosis and treatment of a variety of conditions in which the microbiome could play a pathogenic role,” adds Fasano.

He suggests that these findings, if confirmed by larger datasets, may represent specific therapeutic targets for disease interception and possible prevention of celiac disease onset through microbiome manipulation during the preclinical phase. “With these findings, we anticipate that we will be able to distinguish who will remain healthy and who will develop celiac disease months before the onset of the disease,” adds Fasano.

This work was partially supported by funding from the NIH NIDDK, the Nutrition Obesity Research Center at Harvard and the Thrasher Research Fund. Colwell’s work is supported through the National Science Foundation. Italian collaborating institutions included the European Biomedical Research Institute of Salerno, various departments at the University of Salerno and University Hospital at Salerno Medical School, Sapienza University of Rome, the University of Bari, and the Center for Prevention and Diagnosis of Celiac Disease Foundation of Milan.