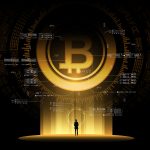 Taking the crypto out of digital currency

Many economists forecast that the U.S. economy is poised to recover, albeit somewhat unevenly, from the historic disruptions caused by the pandemic. But the latest Consumer Price Index (CPI) report out this week has further stoked public worry that rising inflation could hobble that progress.

Bureau of Labor Statistics data showed prices up 5.4 percent last month over June 2020, a leap not seen since the Great Recession in 2008. It’s a figure higher than the U.S. Federal Reserve, which sets monetary policy, had expected, and the sixth straight month of rising prices.

Inflation is affected by a complex series of factors related to the supply and demand for goods and services. One of those is the perception people hold about how affordable things are today and how affordable they’ll be in the near future. With consumer spending making up about 70 percent of the nation’s economy, anything that discourages buyers can have an immediate and damaging effect.

Kenneth Rogoff, Thomas D. Cabot Professor of Public Policy and professor of economics, has written about financial crises throughout history. He explains how consumer psychology plays a key role in inflationary cycles and can influence how fiscal policymakers act.

GAZETTE:  How much of a role does consumer psychology play in inflation trends? Can fears that prices will become out of reach help drive up inflation in some sectors?

ROGOFF: There are clearly some bottlenecks in the system. I think during COVID, producers were very reluctant to raise prices for fear of being called out for price gouging. They didn’t want to get in trouble with the government in an emergency situation. But as we emerge from COVID, there are clearly going to be some areas where the price just goes way up. You see it in rental cars already. And people will react to that. Typically, inflation expectations — which are, “Is my salary going to be good enough? How am I spending money?” — adjust really slowly. The fear that the Fed [Federal Reserve] has is once people get in an inflationary mindset, it also adjusts down really slowly. So in the social psychology sense, inflation adjustments are very slow. Right now, the way the job market is very strong in many, many areas, there’s a lot of upward pressure on wages. Some of that’s inflation. Consumer surveys and all evidence we have is — there may be some op-ed writers panicking about it and they may be right — but if you ask Joe Public, they’re not there yet.

GAZETTE:  There’s an expectation that inflation will stabilize or come down once pent-up demand is exhausted, when supply-chain bottlenecks are cleared, or when prices exceed consumer tolerance. But does media coverage about rising prices and uncertainty over how long the prices will keep going up contribute to a negative mindset that also helps keep inflation higher?

ROGOFF: Yes, if it’s a shortage of something, like people held off on doing anything in their house or they’re buying a new car. And they may absolutely read about it and react more strongly. But it doesn’t seem to be generalized because they do have surveys of consumer price expectations, which have gone up. Price expectation is a way more cerebral concept than you’re worried about cars going up or some specific thing. That generalized notion of prices is something most people don’t really think about.

GAZETTE:  What is consumer “price expectation”?

ROGOFF: The government publishes indices, most prominently the Consumer Price Index, which attempts to say, if you were trying to live the way you were last year, how much would it cost you this year? If there weren’t any inflation, that wouldn’t be going up. But it does tend to go up a bit every year because we actually do have some inflation every year. But that’s very different.

GAZETTE:  Home prices across the country spiked quickly during the pandemic and remain high, especially in areas that had been seen as affordable and low-competition markets just a couple of years ago. That’s now driving up rents in many of those same places. Are there other second-order effects that a long period of inflation might have?

ROGOFF: Commercial real estate is possibly on the verge of the biggest collapse we’ve seen since the Second World War. The IMF [International Monetary Fund] estimates that commercial real estate occupancy will settle at a rate that’s at least 15 percent lower than it is now in the major cities of the world, and they estimate that the price effect of that’s going to be 50 percent. Certainly a lot of adjustments may take place, but it’s different than inflation. It’s a reorientation.

The reason we could get inflation at some deep level is that the government, for lots of reasons, may want to grease the wheels of this process, and sometimes it moves faster in a more inflationary environment. Adjustments can take place quicker when prices are moving, and we’re getting to market-clearing prices quickly. I certainly worry about inflation, but I think the average person, and I would even say the bond market, is not worried about it.

GAZETTE:  How influential is consumer psychology around inflation to the professionals?

ROGOFF: Very, because presumably consumers are seeing the prices right away. Professionals are convinced there’s not going to be meaningful inflation. Consumers have a higher estimate of inflation than the professionals do at the moment. There was a brief period where it was lower, but it’s gone back to being higher, and who knows?

GAZETTE:  What’s the effect on the labor market and is it helping shape what the Fed plans to do?

ROGOFF: The Fed has made this bold announcement that they would keep their powder dry until [the U.S.] reached a very low level of unemployment. They don’t know what they’re going to do. We don’t know what they’re going to do. A lot of this chatter around inflation is a fear that the Fed will raise interest rates and that will blow things up. The Fed will need to raise interest rates at some point, but I think they’re going to be very, very cautious about it. There’s a real concern that in two years, things will look disturbingly like they did in 2015 — that the economy will be growing slowly; inflation will be low; inequality will be growing — and we’ll just be back in the soup. That’s as real a fear as that we have high inflation. And if you’re the Fed, it’s very hard to know what you want to do. And so, they’re trying to talk inflation down, while at the same time, stimulate as much as they can.

GAZETTE:  If the monthly CPI inflation rate of 4 or 5 percent hasn’t ticked down by the end of 2021, does that change your view of where we are?

ROGOFF: It would change my view of where we are. It would be a little worse. If it seems like we’re at 5 percent and it’s not going anywhere soon, the Fed will have to move a little. They have to. That’s too much. On the other hand, and much more likely, if it’s 3 percent or 3.5 percent, then I think they’ll just keep waiting it out.