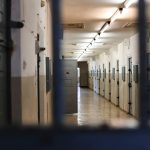 White men who had a Black neighbor when they were growing up are more likely to be Democrats and less likely to be Republican, an influence that can last several decades later.

That’s according to a Harvard study published Friday in Science Advances that takes individual-level data from 650,000 Americans recorded in the 1940 U.S. Census. Using machine learning, the analysis links those records to contemporary voter files to see if there are correlations between early contact with African Americans among white males and later political affiliations. The paper includes only men because the common practice of surname changes at marriage made it difficult to accurately track women.

The scientists say that correlation suggests the white men who had a Black neighbor may also be likelier to skew toward more racially liberal politics and hold other more-liberal stances because of their affiliation as registered Democrats than those who did not have a Black neighbor.

“What we identified here was a way to say does [cross-ethnic exposure] matter over a really long-life period — over a period that people never had a chance to look at before?” said government professor Ryan D. Enos. “We asked: ‘Is there a relationship between their contact with African Americans early in life and their politics way later in life?’ What we found is that there is. If white Americans are exposed by having a neighbor that is African Americans early in life, they’re more likely to be Democrats, which is the party of racial liberalism in the United States, almost eight decades later.”

Even when it came to the inverse — a decreased likelihood to register as a Republican — the statistics almost mirrored each other for the same years.

The statistics are significant because of how strict partisan lines have become in the U.S., acting essentially as one of the strongest predictors of nearly every political attitude and many nonpolitical lifestyle choices, according to the report.

Researchers point out that their findings are only based on what party the white men they tracked are registered as, and they can’t be sure what beliefs, attitudes, and policy preferences they actually hold. But because of history and their registered affiliation, they believe those views are likely more liberal when it comes to issues like race.

“There is no doubt that racial attitudes are correlated with partisanship in the United States,” Enos said. “We see this across all kinds of scholarship where, in many ways, the modern parties in the U.S., Democrats and Republicans, their membership was shaped by their position on racial issues. … The fact is we know these things drive people toward these parties. That’s not true of everybody but on average, a person that is more racially liberal is more likely to be a Democrat, and that’s just what we see here, something consistent with that.”

Employing a wide range of statistical techniques and controls to try to account for outliers and explain the reasoning behind their numbers, researchers could account for moral, ethical, and tolerance values taught to the children by others, such as their parents. While they could not eliminate these as explanations, they believe they do not interfere with the findings and that it was the interracial contact the men experienced as children that was affecting the politics of these men later in life.

The researchers also compared people who lived in the same neighborhoods. Each time the statistics held up: The person who had a Black neighbor was more likely to be Democrat than the one who didn’t.

The study provides what is believed to be some of the first quantifiable evidence that early exposure to people of different ethnicities may be a predictor and influencer of long-term political behavior.

“There is no doubt that racial attitudes are correlated with partisanship in the United States.”
— Ryan Enos

Whether contact across social groups influences sociopolitical behavior in the long run is among the most studied questions in the social sciences because of its implication for the harmony of diverse societies. Many social scientists believe that interpersonal relationships across ethnic, racial, or any sort of diverse group, especially during adolescence, leads to increased harmony. Social scientists call it the contact hypothesis.

Evidence for this popular theory has traditionally been limited because researchers tend to only observe a small number of people over very short time periods and often in laboratory settings. A common experiment has been mixing different groups of people together to see whether they walk away from the lab feeling a little better about the other groups. The problem is researchers don’t know what happens the next week or the next year. This new study focuses on that long-term influence.

To get their findings, researchers constructed a data set capturing many of the early life experiences, including demographics like exact address, race, age, and socioeconomic status, of nearly every child in the U.S. living in 1940. The 1940 census became public record in 2012, 72 years after the census was taken.

Researchers found white men still living and registered to vote based on contemporary voter file data. Machine learning algorithms matched the available variables from the census data with the voter file data to track the individuals for more than 77 years. Most commonly these variables were name, age, gender, and place of birth.

Researchers are currently looking to expand the project by adding white women who weren’t included in the original study and expanding to other ethnicities. They are also beginning to reach out to the people they tracked to gauge their actual sociopolitical views to see if they match their findings.

Outside of politics, the paper suggests the results may have deep implications for diversity programs in schools and activities that people do to shape things like intergroup attitudes.

“What this really speaks to is the long-term viability and the long-term stability of diverse societies,” Enos said. “We now know there’s a potential for those to have lifelong consequences in terms of how they shape people’s attitudes.”

This work was supported by Harvard’s Inequality in America Competitive Research Fund.