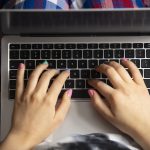 The future of teaching and learning

This is a sampling of work done this spring by five graduate students toward achieving diversity, inclusion, and belonging in the Faculty of Arts and Sciences. The work of this inaugural DIB cohort crossed departmental lines and built programs with the goals of eliminating barriers and fostering a more welcoming Harvard.

Bennett Comerford, Alex Creighton, Mary Galli, Carlos González, and Naohito Miura come from disciplines as diverse as the study of religion to Romance languages, English, and music, and represent the inaugural group that Sheree Ohen, associate dean for the Office for Diversity, Inclusion, and Belonging (DIB), called “remarkable.”

“I have been thoroughly impressed by our five DIB Fellows and thrilled to see their success,” said Ohen. “I am incredibly grateful to the academic departments for their participation in this pilot initiative, and for their continuing efforts to advance EDIB (Equity, Diversity, Inclusion, and Belonging) in meaningful ways within their communities.”

For González, the fellowship was about creating community. Having just completed his second year as a Graduate School of Arts and Sciences (GSAS) student in Romance Languages and Literatures, González created a “Women of Color Texts and Contexts” discussion series for FAS’ Study of Women, Gender, and Sexuality. The series, aimed at undergraduates but open to all, dovetailed with a course he offered on women’s horror fiction over the January term. “The point of it is building community around art, with texts by and with women of color, both in and out of the academy,” he said.

Broadly interpreting texts to include everything from film (such as the work of Gigi Saul Guerrero) to music (pop stars Janelle Monae and Lizzo), González saw the first iteration of the series as “a sandbox.”

“We were trying ideas, giving things space to be wrong, and just letting that be OK,” as well as establishing a template for the series so that it can continue in the fall, he said. “The main thing that I wanted to get across was joy, how powerful it is to see women — Black women, women of color — actually experience joy, which is so threatening to some people.”

Galli, who is pursuing her Ph.D. from the GSAS in English, focused on inclusion. Paired with the Anthropology Department, she created a handbook to connect new and continuing students, faculty, and staff to department resources. “My project focused on thinking about ways to have information be as accessible and transparent as possible,” she said.

Part of that, the second-year graduate student explained, was removing Harvard-specific lingo that might be confusing to people coming from outside the University community. One simple solution was having a glossary. “We have terms that are very Harvard-specific, like ‘concentration.’ If you don’t come from the University, those terms could be alienating until you catch on to the terminology.”

While Galli had previously worked on projects to make the reading for general exams more inclusive and diverse, both at Harvard and at Georgetown University, where she earned her master’s, she had been involved with other DIB initiatives at Georgetown, including founding an English Undergraduate Council that let undergraduates get involved in building a more inclusive community. Working with the Anthropology Department, however, presented a challenge.

“I don’t have a social sciences background,” she said. “It was a learning curve, but then I started to realize that things are somewhat similar.” Anthropology, she noted, has two main tracks — archeology and social anthropology — much like English has creative writing and literature. “I realized that it wasn’t actually as different as I was anticipating.”

What resulted, she said, was “a fun challenge to think about ways to present these materials and resources that the University and the department offers and put them very clearly into a handbook.”

For Creighton, who recently graduated with his doctorate in English, the fellowship meant examining how to support and progress in his teaching efforts in the department. “How can we as a department work with our undergraduates and our graduate students and faculty and staff to together make a more welcoming environment, basically a place where people want to learn and where we all feel safe learning?” he asked.

“There are resource guides and best practices galore out there,” he said. “A lot of my work was trying to compile those that would be most useful in the context of English literature pedagogy.”

Some of the work was more personal. Creighton said “welcoming language” is a teaching essential. That can mean prefacing required works with content or trigger warnings. It also plays into how teachers introduce themselves. Creighton tells students which pronouns he uses (“he or them”). “I’m not forcing anybody to do the same,” he said. But by opening with this information, he is “giving them permission to be themselves.”

During his fellowship Creighton gave several talks about pedagogy, such as how to create an inclusive syllabus. “When I was giving talks to some English graduate students, I really tried to foreground concrete things that they could do as first-time teachers or creating their first syllabi to create an inclusive environment. It’s a good challenge,” he said.

“In the humanities we often approach syllabus design with certain assumptions about what students should be reading,” he noted. Speaking about his own specialty, “I could throw together an 18th-century literature syllabus, and that syllabus 10 years ago might have been dominated by white male authors exclusively.

“Even if you’re teaching a time period that doesn’t canonically have much in the way of diverse representation or diverse authors, try to incorporate at least a unit to acknowledge that white men weren’t the only people writing. Try to create a syllabus that thinks about a familiar time period from an unfamiliar or interesting new lens, because students want to learn the material more when they see that. It’s more fun to teach too, and I think that’s also where the humanities are going.”

As she readies to begin teaching next fall, Galli said, “I really want to take some of the inclusive pedagogy approaches that I’ve learned from this program and make sure that the students I work with feel included and welcome in my classroom.

“This is really a mindset that could translate into my entire professional career.”