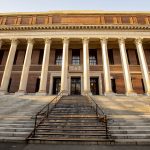 As Juneteenth approaches, historian and Pulitzer Prize-winning author Annette Gordon-Reed joined Harvard’s chief diversity and inclusion officer Sherri Ann Charleston to discuss the holiday, celebrations, and her new book, “On Juneteenth.” The holiday this Saturday, commemorating when the news of legalized slavery’s end in the U.S. reached the African American population of Galveston, Texas, is not only the central topic of Gordon-Reed’s collection of essays, it is an intensely personal cause.

“There ought to be a day to remember,” said Gordon-Reed, the Carl M. Loeb University Professor, during an online discussion with Charleston on Monday. Gordon-Reed advocates for Juneteenth to be made a national holiday, not because it was the day slavery legally ended — that was Dec. 6, 1865, when the 13th Amendment was ratified — but because “this was a marker of progress,” she said. “Not just for Black Texans, but for world history. This was a human rights victory.”

Noting that most states (including Texas and Massachusetts) already recognize Juneteenth, she pointed out that the spring is a perfect time for such a celebration, which she celebrates with the traditional red beverages and watermelon. “It’s a holiday for the family, it’s a holiday for family get-togethers,” she said. “And people like it.”

Family, as well as the struggle for freedom, is at the core of her new book, which weaves her personal history with that of Texas, where Gordon-Reed grew up. “Texas has been on my mind,” she said. Originally planned as a larger work, a series of shorter pieces, including an essay penned for The New Yorker, moved Gordon-Reed toward a more personal book that would be “small and short and sort of accessible to wide ranges of people,” she said. Still, she insisted, “I didn’t want the book to be about me. I mention my mother and my father, but I don’t name all of my relatives. I wanted Texas to be the real focus.”

That meant incorporating many strands of different histories. With Latino, Native American, and African American populations that predated or co-existed with European settlers from the beginning, “this is not a place that became diverse,” Gordon-Reed said. “It started out that way.”

Gordon-Reed’s own history reflects that mingling of cultures. Bucking the conventions, under a school-choice program designed to subtly continue segregation, her Black parents opted to send her to a traditionally all-white school. She fondly recalled her “wonderful” first-grade teacher, Mrs. Daughtry, though she added that the fact that her mother also taught in the district may have given her special consideration. Many of her classmates were equally accepting — in school. After the bell had rung, some of them behaved differently. “The whole question of race came to me in a full way when I was 6 or 7 years old.”

“Looking at the past not through what we want it to be, but through the way it is, is the only way we have any hope of improving ourselves.”
— Annette Gordon-Reed

Addressing racism as one lingering effect of slavery, Charleston noted the discrepancy between white perception and Black lived reality. “People think ‘Slavery is so long ago,’ but [Gordon-Reed’s] book makes it a very present past,” she said.

To illustrate that, Gordon-Reed pointed out that rioters brought Confederate flags into the U.S. Capitol on Jan. 6, and cited the 1941 trial of Bob White, a Black man accused of raping a white woman in East Texas. Beaten into giving a confession, White was then shot to death in the courtroom by his accuser’s husband, who was acquitted.

“We’re not that far away,” said Gordon-Reed. “What happened to Bob White happened because of slavery, which established a racial hierarchy: The lives of white people are valued more than the lives of Black people.”

Love — like that she bears for her home state — necessitates honest criticism. “Looking at the past not through what we want it to be, but through the way it is, is the only way we have any hope of improving ourselves,” she said, “of getting out of the predicament we’re in, and understanding the nature of it. These are serious issues that helped shape who we are. If we want to get beyond them, we have to confront them.”

The presentation ended with a recital by Remka Nwana, a rising junior and special events chair of the Harvard Black Students Association. Reading her poem “To Be Black in America Is to Be a Superhero,” she moved from her childhood conception of superheroes as unreal to the necessity of superheroes in the contemporary world. Addressing first her Black siblings, then parents, and then grandparents, she said, “You are superheroes.” Bringing back the commemoration of Juneteenth, she concluded, “You affirm that superheroes are real.”