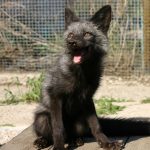 In a world increasingly concerned about how technology is harming us—diminishing privacy, exacerbating divisions, perpetuating racial and other forms of bias, and more—a new Harvard laboratory will focus on how technology can best serve people and society.

The new Public Interest Technology Lab will offer scholars practical technology tools and experience to help them reimagine how technology can be used by governments and civil society for public good. The lab will be housed at Harvard Kennedy School’s Shorenstein Center on Media, Politics and Public Policy and is supported by a $3 million grant from the Ford Foundation.

The new lab, announced Wednesday, is a collaboration among faculty across Harvard, and will also work with the Public Interest Technology University Network, made up of scholars at more than 40 American universities who are studying ways to advance public interest tech.

The effort is led by Latanya Sweeney, the Daniel Paul Professor of the Practice of Government and Technology at the Kennedy School and a pioneer in the fields of data privacy and algorithm fairness. Sweeney founded the Technology Science program within the Harvard University Department of Government, was the first Black woman to receive her PhD in computer science from MIT, and brings an important regulatory perspective as former chief technology officer at the U.S. Federal Trade Commission.

She says the role of the new lab will be to pull together the important work that’s been done at Harvard and elsewhere and to enlist the help of others to magnify and expand on it.

“Now we’re putting that all out for the world to help us,” Sweeney says. “I see the lab as a transition point between a lot of the work that’s built up over the last decades and the transition to a brighter future.”

“The new lab will be an important addition to Kennedy School initiatives that have deepened teaching, scholarship and action-oriented public policy research on digital and related technology,” Gibbs says.

Sweeney has already been working with students and faculty on a range of public interest technology projects focused on using technology to enhance democratic participation and vaccine access and to address other societal challenges. That work has already influenced government regulations and prompted technology companies including Facebook and Airbnb to change some of their practices.

Examples of initiatives that have resulted from collaborations with Harvard students and colleagues include VoteFlare, a service in Georgia that monitors voters’ registration status in real time and alerts them via email, text, or phone if something has changed (if they have been purged from a voter list, for example), giving them time to make corrections before election day.

“As we go, as we’re shaping the future, we want to make sure that we’re also expanding the opportunities and advancing equity — making sure we’re bringing others along with us.”
— Latanya Sweeney

Another project, called MyDataCan, is designed to take control of personal data from technology companies and give it back to users. When people use apps and web-based services that are affiliated with MyDataCan, they can view, delete, share, or privatize their data using encryption, depending on their privacy preferences.

Students carried out some of this work through the Data Privacy Lab, which Sweeney established while based in the Faculty of Arts and Sciences at Harvard. The Journal of Technology Science, which Sweeney founded and serves as editor in chief, has been a channel for sharing information about these projects.

But even as the public interest tech successes were achieved, Sweeney says, the need to expand from a purely Harvard-based, undergraduate program was becoming clearer. “It was realizing that, in any given year, we were leaving more problems unsolved than we could address,” she says. “We needed a way for students to get to do this work, not only at the undergraduate level, but at the graduate level as well.”

Sweeney said the new lab will give students, scholars, and faculty across the Kennedy School, the Faculty of Arts and Sciences, and other parts of Harvard University experience working directly with technology, including algorithms, programs, tools, devices, and more. Ultimately, the lab will have three overarching goals: creating, developing, and providing technologies in the public interest; enabling research; and providing ways to share knowledge about public interest technology across institutions and disciplines.

All of that effort, Sweeney says, will be guided by a desire not just to foster technology that serves some people, but that serves everyone. “As we go, as we’re shaping the future, we want to make sure that we’re also expanding the opportunities and advancing equity — making sure we’re bringing others along with us,” she says.