Hausammann and Margulies to retire 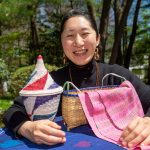 Conversations of a different kind

Executives brought innovative change to human resources and IT

Anne Margulies and Marilyn Hausammann, two of Harvard’s leading executives, with nearly 40 years of service to the University between them, will retire at the end of May.

“The departures of Anne and Marilyn leave big shoes to fill,” said Executive Vice President Katie Lapp. “Both have devoted their careers to advancing the teaching and research missions of Harvard in their own unique ways — Anne through her dedication to ensuring that we met the needs of our community, and exceeded their expectations, in terms of information technology, so that each of us could do our best work, and Marilyn, by providing a holistic, compassionate experience, full of opportunity, for the talented staff and faculty who are so essential to Harvard’s success. The University will miss their leadership, yet we can be reassured that Anne and Marilyn have built lasting foundations during their tenures here, which I have no doubt will continue into the future. I am very proud of both of them.”

Margulies served as assistant provost and executive director for information systems in the late 1990s and then took executive positions in the private sector, at MIT, and with the Commonwealth of Massachusetts. She returned to Harvard in 2010 as vice president and University chief information officer, and was instrumental in creating, and then leading, the nascent Harvard University Information Technology unit. She also was a major proponent and advocate for the creation of edX, the shared massive open online course provider created by Harvard and MIT in 2012.

“I remember how excited Anne was that the two institutions that she knew so well [Margulies was director of MIT’s OpenCourseWare initiative beginning in 2002] could get together and do something wonderful,” he said. “And of course, she knew where the synergies and the power from the partnership could come from, and she kept pushing until edX happened.”

At Harvard, Margulies instituted fundamental shifts in the structure of information technology across the University’s campuses. The formation of HUIT was a consolidation of existing central and FAS IT offices, and, combined with further mergers between HUIT and IT at the Harvard Libraries, as well as within Campus Services, she established a new and better, simplified IT environment driven by best-in-class technologies.

Other improvements that enhanced student experience and that made work easier and more secure for faculty and staff under Margulies included the implementation of University-wide systems such as the Canvas learning management system, my.harvard student information system, and HarvardKey.

“Anne has essentially been responsible for a complete change in the Harvard IT environment,” said James Waldo, the Gordon McKay Professor of the Practice of Computer Science in the School of Engineering and Applied Sciences (SEAS) and chief technology officer at the School. “What has always impressed me most about Anne was her ability to plan at both a strategic level and then get down to the technical details as well. She really was able to understand the whole of the IT environment at Harvard, what its weaknesses were, and how it could be changed, and then she was able to drive the change at a rate that was far above what our peers were able to do.”

In 2004, Hausammann was named Harvard’s first-ever vice president for human resources, overseeing programming related to talent management, leadership development, and enhanced benefits and education opportunities for the University’s workforce. She was instrumental in the creation of a comprehensive suite of development programs and services for all University employees, including annual career, professional, and management programs through the Center for Workplace Development; the Harvard Internal Professional Pathways Program; the University Manager Training Program; and the Bridge Program. She also oversaw extensive advancements in employee well-being initiatives, revamping the orientation experience, augmenting staff recognition efforts, and enhancing the programs and resources offered through the Office of Work/Life, which supports the health and work/life integration of employees.

“The whole package of what human resources offers is emblematic of the way in which Marilyn and her team look at the support of our employees,” said Lapp. “It’s not just about salaries. And it’s not just about benefits. It’s about how do we think about all the services we can provide to make sure that this is the best workplace that we can, one that we can all be proud of?”

Provost Alan Garber echoed that sentiment, recalling Hausammann’s involvement in the University Benefits Committee, a group of faculty and administrators from across Harvard that provides advice about how to ensure that the University’s health benefits plans evolve to meet changing needs and conditions. “Marilyn has been instrumental in developing and implementing a process that draws on deep expertise across the University in health care, health insurance, and health policy. With the committee’s guidance, the University has been able to provide health coverage that meets the needs of our community in a fiscally sustainable way. In all of our deliberations, she has always sought to ensure that our plans would be as effective as possible in meeting the needs of our faculty and staff and their families.”

Hausammann’s devotion to the people who make up the Harvard community was never more evident than it has been over the past 15 months, as she led the University’s commitment to its workers, ensuring continuity of employment and benefits, even for many who were idled by the COVID-19 pandemic, while creatively developing new and enhanced programs to support employee mental health during an unprecedented time of crisis.

“Marilyn is a person who could tie threads together, and who could connect people who need to talk to each other, like the conductor of an orchestra,” said Ellen Mahoney, chief human resources officer at Harvard Business School.

“Since she’s been here there have been many changes, from the complexity of employment laws, to changes in employee expectations. Together, we’ve been through tight financial times, and we’ve been through good financial times. Over the past 15 months, we’ve encountered an unprecedented pandemic. Yet, with her calm and intelligent, forever thoughtful hand at the helm, always with a twinkle in her eyes, and an amazing sense of humor, she has provided exactly the right combination of traits that we needed to get through these times together.”

“I have no doubt that, in every sphere that Marilyn touches in the future, she’s going to be a force for good,” added Patricia Byrne, the former executive dean at Harvard Divinity School. “She just brings so much spirit into everything that she does that whatever she chooses to do next, or wherever she chooses to go, will be a very lucky place.”

Lapp, for her part, said that she considers both women more friends than co-workers.

“One thing which I’ve really admired over the years is the way both of them got together and started thinking about ways in which to support young women in the University,” she said. “I admired, too, how they were role models in their own right, for young women to flourish amid the challenges of balancing a successful career with a meaningful life with family.”

Hausammann and Margulies both celebrated the arrival of new grandchildren this past spring, and undoubtedly will continue to spend time with their growing extended families as they move on to their next chapter.