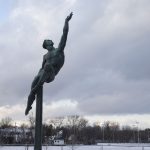 A year of strength and resilience

Ruth Simmons urges graduates to fight for equality and inclusion

As long as some children grow up thinking they matter less than others, as long as they have fewer educational opportunities and daily fear for their safety, and as long as their path to full participation in society is obstructed, the work remains unfinished, Ruth Simmons said Thursday.

Simmons, president of Prairie View A&M University and former president of Brown University and Smith College, exhorted Harvard’s Class of 2021 to engage in that work — fighting inequality and fostering diversity and inclusion — in the years and decades to come. The resurgence in recent years of white supremacy and the rise of those who divide for personal profit and power, Simmons said, illustrate that the struggles she faced growing up the youngest daughter of a Texas sharecropper haven’t gone away.

Simmons, one of the nation’s top higher education leaders and the first African American president of an Ivy League institution, was the main speaker at Thursday’s “Honoring the Harvard Class of 2021,” a virtual webcast on what would have been Harvard’s 2021 Commencement if not for the coronavirus pandemic. Though COVID-19-related restrictions are easing as more become vaccinated, University officials decided earlier this year that given the extensive planning needed for in-person ceremonies and then-uncertainty about the course of the pandemic, ceremonies would be postponed for a second year.

Though the University plans an in-person event for the classes of ’20 and ’21 in the months to come, Thursday’s graduates didn’t have to wait for their degrees. The online service included the traditional presentation of degree candidates from deans of each School followed by the official conferring of degrees by Harvard President Larry Bacow.

Bacow expressed pride at how Harvard has so far come through what he termed “the vexing present” in welcoming comments recorded in the Yard outside of Massachusetts Hall, the University’s oldest building. Harvard, he said, has weathered many upheavals in its long history, which offers perspective on the current crisis.

“This, too, shall pass. A global pandemic has kept us apart this year, but we’ve learned together; we’ve grown together; and we have overcome together. I’ve never seen such grit, such determination, and I have never, ever been prouder of this institution,” said Bacow, who was infected with the coronavirus early in the pandemic and, in his Thursday speech, said he hadn’t been back to his Massachusetts Hall office for 440 days, and counting.

Bacow offered a tongue-in-cheek counterpoint to disappointment that might stem from the virtual event, saying that, unlike traditional Commencement Days, this one required no stressing over tickets to accommodate family members who wanted to attend, no struggle for parking in an overcrowded Harvard Square, and “zero percent chance of rain.”

Bacow also pointed out that graduates were able to sit with family members at a ceremony that would have been impossible without the support of family, friends, and others who aided each graduate along the way.

“I ask that you add your voice to the cause of justice wherever you go.”
— Ruth Simmons

“No one accomplishes anything in life on his or her own. Your loved ones have nurtured and supported you on this journey that has led you to this day,” Bacow said. “This moment is meant for you and will be yours forever.”

Though virtual, the ceremony included several traditional trappings of Commencement Day, including the gathering being called to order by the high sheriff of Middlesex County, followed by the tolling of Memorial Church’s bells.

Seven honorary degrees were awarded, and three student orators delivered traditional addresses. Jordan Bliss Perry, who delivered the Undergraduate Latin Address (subtitled in English for those whose Latin was rusty), spoke of the class’ pandemic journey and how scientists have rescued us. But he also credited the arts, through the books we read and shows we binged, for helping to get us through. The Undergraduate English Address was delivered by Silvana Gómez and drew on her own experience as a first-generation college student and the need to continue the fight against inequality once the graduates leave campus. The Graduate English Address was given by Vincent H. Bish Jr. from the Graduate School of Education and dealt with the legacy of slavery, both in America and at Harvard, and the obligation graduates have to the memory of the enslaved to continue to fight for equality.

The program was steeped in music, from the opening and closing strains by the Harvard Band to mid-program renditions of “Stand by Me” by Devon Gates, a social anthropology concentrator and member of the class of 2023, to an original composition by Jeremy Faust, an instructor in emergency medicine at Harvard Medical School and physician at Brigham and Women’s Hospital. The hopeful lyrics, performed by doctors, nurses, and students of HMS and its affiliated hospitals, spoke to the progress in the U.S. pandemic, of winter passing, flowers growing, and how “the time of singing has come.”

In her remarks, Simmons talked about her experience growing up poor and Black in Texas. School to her was “a miracle,” she said, and she clung to it like a lifeline. She attended Dillard University on a scholarship before earning a Ph.D. from Harvard in 1973 in Romance languages and literatures. She was president of Smith College from 1995 until 2001, when she assumed the presidency of Brown University. She retired after leaving Brown in 2012, but then agreed to take on the leadership of Prairie View A&M, a historically Black university in her home state, in 2018.

Though she has made a career fighting for equal opportunity, Simmons said she didn’t always feel equal herself, and realizes now she had internalized society’s discriminatory attitude. She questioned, as a young Black woman, whether she would be able to succeed in places like Harvard. She did, and credited her later success at least partly to her education there. But she also compared her experience on campus to “window shopping” — looking in from the outside.

“Just as when, as a child, I was banned from white establishments, I identified as the outsider looking enviously at others at Harvard,” Simmons said. “Few things I could see at Harvard at the time represented me.”

Simmons said the experience made her seek a career in higher education as a way to bring change for future generations. On Thursday, she called on Harvard not just seek to equality among its own students and faculty, but also to support historically Black colleges and universities, which have struggled for years with scarce resources, yet still are responsible for helping many to rise despite inequality and discrimination. She also enlisted the virtual audience of graduates in that task.

“I ask that you add your voice to the cause of justice wherever you go,” Simmons said. “Help the children of need wherever they are, in underfunded public schools, in neighborhoods bereft of resources, in search of a way to belong. If they do not hear your voice advocating for them and their worth, what must they conclude about their place in the world? If you take up the cause of these children, you are taking up the greatest cause, that of justice.”