And how about the time Churchill snuck into Commencement — in September 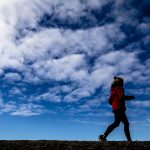 University archivist Megan Sniffin-Marinoff is retiring this month after almost 20 years at Harvard — but her institutional memory goes back much further. As we approach the University’s second virtual conferral of degrees, she discussed notable Commencements throughout its history and Harvard University Archives’ role in preserving each year’s ceremony.

GAZETTE: Let’s start by going all the way back. When was Harvard’s first Commencement? Would we even call it that?

SNIFFIN-MARINOFF:  We don’t have many records of that time, so the details of that first one have always been a curiosity for me. The first Commencement was in 1642. If you think about what happened between 1636, when the school was founded, and that moment … there were so many barriers to getting the new College up and running that it’s extraordinary to think there even was a Commencement. Even though it was very small, it was probably very meaningful for the people there.

That first Commencement wouldn’t be anything like what we’d imagine today; it was something small essentially happening at the edge of a wilderness. The goal when Harvard was founded was always for it to be an institution here that would eventually equal Oxford or Cambridge in England, and it was not at all like that in the first years. But I’m sure getting to the first Commencement was quietly inspirational.

GAZETTE: What was Commencement like in the 1700s, a period we know a little more about?

SNIFFIN-MARINOFF:  In the 1700s, what I find notable are the Commencements that didn’t happen. Starting in the 1730s, there were several years when the ceremony was canceled due to smallpox outbreaks. The idea of making last-minute decisions to keep people safe, as they did with smallpox, that feels so familiar to us now because of the coronavirus pandemic.

Then in 1774 with the British occupying Boston, Commencement was canceled, and it never really got back to being an annual event until 1779. They had to put off some years because they were in the midst of the Revolutionary War. The years in there that they did have it, you have to imagine they were holding Commencement essentially on a battlefield. It’s pretty amazing that they got together a ceremony at all in the middle of a war.

GAZETTE: What years stand out to you as milestones for starting or evolving some of the traditions we know as Commencement traditions today?

SNIFFIN-MARINOFF:  Well, music was added to the ceremony in 1781 — that year, Commencement was opened by an anthem performed by collegiate musicians, and it was the first known concert-making at a Commencement. And a little later, in 1799, was the first time a Harvard president gave a Commencement address in English instead of in Latin.

In the 1860s, the movement had started to change Harvard into a private university [from a public college]. Eighteen sixty-five was the last time the Massachusetts governor presided over the Harvard Board of Overseers and thus Commencement; after that, the governor was always invited as a guest. That was when Harvard started to move into becoming a major university, and after that, Commencement became more like the Commencement we know today.

GAZETTE: Since the mid-1800s, Harvard has had guest speakers at Commencement, so the University has hosted an impressive list of scholars and dignitaries through the years. Do you have any favorite stories about particularly notable guests?

SNIFFIN-MARINOFF:  There were two different years in the 1940s that were interesting. At the June 1941 Commencement, there was a special convocation ceremony of the University of Oxford to present President Franklin Roosevelt with an honorary degree of civil law. That brought the chancellor of Oxford, who was also the British ambassador to the United States, to Harvard. It was the first Oxford convocation ceremony ever held on U.S. soil.

Two years later, in 1943, Harvard returned the exchange with an honorary degree for Winston Churchill. They held a rare, “out of season” additional September Commencement ceremony, and Churchill gave a speech at Harvard, but it was a secret until the day of the ceremony. Churchill had entered the U.S. through Canada, and there was a secret committee handling his arrangements in Cambridge, because this was during World War II, and Churchill was a target. You can only imagine the commotion in Harvard Square once people knew he was there.

GAZETTE: Have any speeches given at Harvard on Commencement weekend become well-known in their own right?

SNIFFIN-MARINOFF:  Yes. The two speeches that really stand out to me are the “Marshall Plan” address from Secretary of State George Marshall in 1947 about the need for American assistance in reviving Europe’s postwar economy, and then-Sen. John F. Kennedy’s 1956 speech urging academics and politicians to work together in the wake of McCarthyism and a “Red Scare” that targeted many academics.

These were both moments when people chose to make announcements at Harvard, knowing the Harvard community would be an audience who’d be interested, but also knowing that the moment would be newsworthy. People give Commencement speeches for different reasons and use the opportunity in different ways, and it was very clear with both Marshall and Kennedy that they chose Harvard Commencement specifically for their announcements.

GAZETTE: What is the role of Harvard University Archives in Commencement? How do you record and preserve the ceremony each year?

SNIFFIN-MARINOFF:  What we have preserved from past years and normally exhibit to the public are things like programs, copies of speeches, and photographs. Every year for the last two decades we’ve gotten copies of programs, including any special School programs, and we’ve collected photographs and recordings.

Last year and this year we’re getting copies of the Zoom Commencements, finding images and comments on social media from people participating in Commencement. That’s been a different way of trying to record what’s going on. And I’m the first University archivist who is leaving an archive that’s almost entirely digital, so it’s made me think a lot about the future of the archives.

GAZETTE: You’re embarking on a Commencement of your own this year. What have you been reflecting on about your time as University archivist and the next chapter for you?

SNIFFIN-MARINOFF:  It’s definitely a fitting time of year to be retiring! I’ve been thinking about the role of University archivist, that all of us who do this work are temporary stewards. We preserve the work of the people who came before us and take care of it, assess it, and reassess it.

We’re always trying to figure out what events in our world today are important to document and then what we should collect. We do spend our time looking backward, but we are also very much in the present, looking forward. After retiring, I’ll certainly still be thinking about current events through the lens of Harvard’s archives for quite some time. But I won’t have to worry about it first thing in the morning.