Not so black and white 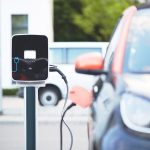 Each tissue in the body has different requirements for metabolism, or how it uses energy to function — for example, a muscle needs different molecules to fuel a contraction compared to a pancreas that produces insulin. But because metabolic pathways are the same across tissues, it is not fully understood how each tissue regulates which one to predominantly use for its own specific needs.

In a new study published in the journal Science, Harvard University researchers have identified a mechanism that controls the emergence of early precursors for red blood cells by regulating a metabolic program. By studying how red blood cells develop in zebrafish, the researchers found that a specific DNA-binding protein controls metabolism in the mitochondria. The pathway can be potentially targeted in diseases such as anemia to restore red blood cell production.

“Metabolic programs are hardwired in every single tissue and the pathways are really similar to each other. But it turns out that because of the unique demands of the tissues, there are certain control mechanisms that each tissue uses to fine tune its metabolic pathways,” said senior author Leonard Zon, who is a professor of stem cell and regenerative biology and the Grousbeck Professor of Pediatrics at Harvard. “In this particular study, we uncovered a very important mechanism by which red blood cell precursors regulate their metabolism, by having a dedicated transcription factor to drive the production of the metabolite coenzyme Q.”

The researchers started with a zebrafish model of anemia, which was defective in producing red blood cells because it lacked a transcription factor known as TIF1γ. “TIF1γ is a lineage transcription factor, meaning that it binds to DNA and acts as a master regulator for cells that develop into the red blood cell lineage. But its exact mechanism of control has not been clear,” said Marlies Rossmann, postdoctoral fellow in the Zon laboratory and lead author of the study.

To investigate the TIF1γ-controlled mechanism, the researchers performed a chemical screen on bloodless zebrafish, which lack early precursors for making functional red blood cells. They searched for molecules that fixed the red blood cell defect, indicating involvement in the pathway. The screen identified an inhibitor of DHODH, an enzyme that synthesizes nucleotides.

“This enzyme sits right inside mitochondria, leading us to speculate that in our case it actually has less to do with nucleotide biosynthesis than with mitochondrial functions. That’s what brought us to investigate mitochondrial metabolism,” Rossmann said.

Drilling down into the precise mechanism was important for determining a potential therapeutic application: “For potentially treating anemia, the DHODH inhibitors likely are detrimental, because it’s not a good idea to remove nucleotides from cells. But giving more of a coenzyme Q analog could be a productive way to target the pathway to treat some forms of anemia,” Rossmann said.

The study is further establishing zebrafish as an important model for metabolism. It shows the power of multidisplinary research, leveraging metabolic, genomic, and chemical screening, and drug development expertise. 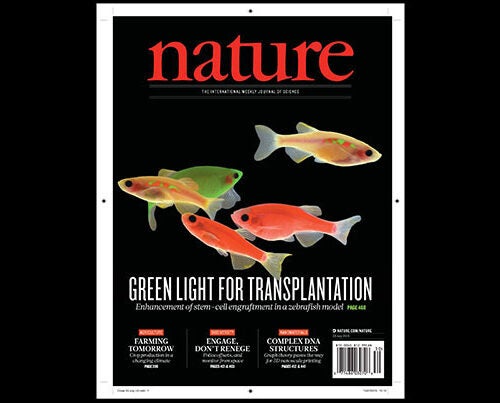 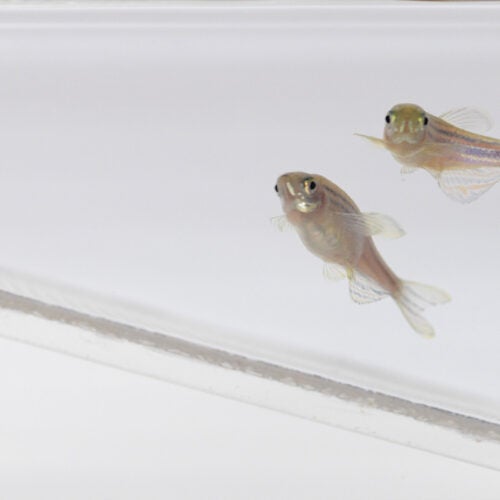 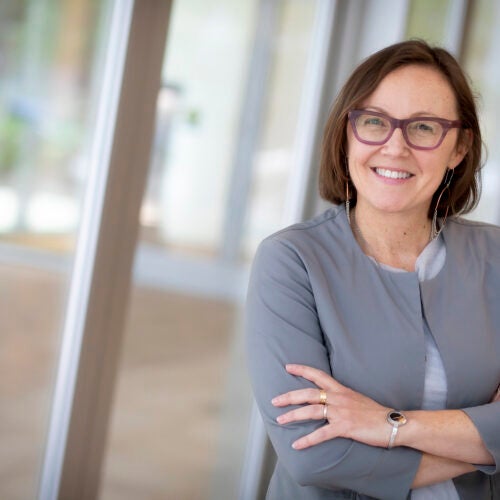 “This is the first time that a lineage transcription factor has been linked to a metabolic pathway in a tissue differentiation process during development, and I think this is the tip of the iceberg: in every tissue you’ll need to control certain metabolic pathways at a transcriptional level,” said Zon, who is also the director of the Boston Children’s Hospital Stem Cell Program and a Howard Hughes Medical Institute Investigator. “DHODH inhibitors are already in clinical trials to treat leukemia, and we previously had shown that they are also effective in melanoma. This work shows that DHODH  inhibitors could thus lead to therapeutic benefits by releasing coenzyme Q in metabolically sensitive cancers to activate processes linked to cell differentiation.”