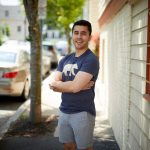 The trailblazing work of Melinda French Gates, a philanthropist, advocate for the rights of women and girls, and fighter for gender equity, was the focus of Radcliffe Day on Friday afternoon, Harvard Radcliffe Institute’s annual event to honor a leader who has devoted their life to excellence, opportunity, and service.

Tomiko Brown-Nagin, dean of the institute, presented French Gates with the medal in recognition of her work to ensure that every person has the chance to live a healthy and productive life. The program also featured a panel discussion titled “Achieving Gender Equity in the United States,” moderated by Drew Faust, Harvard president emerita and the Arthur Kingsley Porter University Professor.

Brown-Nagin described the honoree as “a leader who sees every wall as a door,” someone who has “improved the lives of billions of people.” She said the medal was given “in admiration of your many accomplishments and your continued work in pursuit of gender equity in the United States and around the world.”

Accepting the award, French Gates said she was honored to be in the company of past recipients and “icons of equality” such as the late Supreme Court Justice Ruth Bader Ginsberg, labor leader and Civil Rights activist Dolores Huerta, the late Nobel Prize-winning author Toni Morrison, and former U.S. Secretary of State Hillary Clinton.

Their work, she said reminded her of a line from Harvard graduate and inaugural poet Amanda Gorman ’20: “Hope is not something you get. It’s something you strive to give. Hope, she reminds us, demands action,” said French Gates.

“I love that idea of hope in action,” she said, “and I have so much admiration for any woman with the vision to imagine a better future and the courage to use her life and her work to bring that better future into being.”

“We have to make more progress getting women graduating with more computer science degrees because technology is running our lives these days.”
— Melinda French Gates

French Gates has served as co-chair of the Bill & Melinda Gates Foundation since its inception. The organization, launched in 2008, has worked to tackle some of the world’s most pressing challenges, from extreme poverty and poor health in developing countries to failures in the American education system.

In recognition of their foundation’s work, French Gates and husband, Bill Gates, have received numerous honors worldwide, including the Presidential Medal of Freedom and the French Légion d’Honneur, and the two were named Time Magazine’s Persons of the Year in 2005 (with U2 frontman Bono).

As part of the afternoon events, French Gates took part in a wide-ranging discussion with financier David Rubenstein, covering everything from her earliest inspirations to what it has meant to her own children to see her fighting tirelessly for the rights of women and girls.

French Gates said she came to the issue of gender equity while traveling with her foundation. Constantly meeting women who were working outside the home trying to raise money to keep their family together or to help get malaria medicine, or an important vaccine, for their children, had a profound impact, she said. “I just couldn’t turn away from it.”

As part of the discussion, French Gates noted that women everywhere regularly do more unpaid work each day than men. “If you average that across the world for a woman’s life, it’s seven years of her life … we have to look at this burden this unpaid work, and we have to take down that barrier.” She said policies that spur economic recovery, including programs like paid family leave, are more vital than ever in the age of COVID, which saw leaving their jobs in record numbers.

“If we don’t make these investments, we are going to lose a generation of women from the workforce,” said French Gates. Part of that effort involves encouraging young girls, “particularly at middle school,” to keep going with math, science, and technology. “We have to make more progress getting women graduating with more computer science degrees because technology is running our lives these days,” she said.

French Gates pointed out the importance of role models and mentors. She said she herself owes much to her parents (her father was an aerospace engineer and her mother helped run the family’s small real-estate investment business), who taught her the value of hard work, and to a high school teacher who introduced her to the world of computers and “taught us that we could learn anything.”

She singled out Bader Ginsberg as another important source of inspiration.

“[Ginsburg’s] quote of saying ‘Women belong at all places where decisions are being made,’ that rings in my ear,” said Gates. “She also said if you are going to fight for something, lead in a way that others will join you. And what I see is when we fight for gender equality or we fight for people of color, you have to come together with a mixed group. It takes men and women to advance gender equality, it takes people of all types to advance social equity issues for everybody. And so you have to lead in a collaborative way, and she knew that. While she was setting policy and law, she also saw how to fight the fight, and that is helpful for me.”

During an hourlong panel discussion earlier in the afternoon, women from the fields of academia, politics, and business explored the structural and systemic changes needed to make gender equity a reality.

Thasunda Brown Duckett, president and CEO of TIAA, said she is pushing for more transparency around compensation, urging states to do away with wage-secrecy policies in order to help level the pay field and calling for corporations across the country to “elevate women at every level.” Moving more women into leadership roles and expanding candidate pools for prospective employees are two critical ways to ensure greater equity in the boardroom and beyond, she said.

“We need new ways to identify talented women and get them into the pipeline,” said Duckett. She said policies that help women, who often have to drop out of the workforce, will ensure greater parity.

U.S. Rep. Nikema Williams represents Georgia’s Fifth Congressional District — the seat previously held by Civil Rights hero John Lewis. Williams, who also serves as chair of the Georgia Democratic Party, said she is buoyed by the number of women serving in the 177th Congress — more than 140 in total. “We are building political power across the country,” she said. But the work isn’t done, said Williams, who tries to encourage women to run for office whenever she can. “The more women candidates we have, the better chances we have of electing women,” she said.

Iris Bohnet, Albert Pratt Professor of Business and Government, director of the Women and Public Policy Program, and academic dean at Harvard Kennedy School, believes redesigning a variety of systems across a range of sectors can help drive change. For example, she said, firms should reframe their performance appraisal system and consider rethinking their use of employee self-evaluations. Bohnet said her research has found that people differ in their ability to shine a light on themselves, and that the differences are systematic and based on culture, gender, and race.

“Based on our research, multiple organizations across the sectors now have decided to stop sharing self-evaluations with managers,” she said; instead, they are developing “a different path to evaluating an employee’s performance that is both more accurate and more fair.” Other ways companies can attract and promote female candidates include eliminating “gendered language in job advertisements,” relying less in interviews on impressions and more on work-sample tests, and re-envisioning meetings to ensure that “people’s contributions count and that everyone is given credit for their comments,” she said.

Bohnet also noted that domestic violence, which she called a “shadow pandemic” worsened by the coronavirus pandemic, poses a great threat to gender equity. She called for researchers and others to be “more transparent” and share information across different sectors.

All the panelists agreed that men need to be part of the solution and join women as key allies in their fight for equity. Williams compared gender equity struggles to the Civil Rights Movement, during which a range of allies protested in support of racial equality. Men need to “speak up when they know things are not right,” she said, and speak up for women “when we aren’t even in the room.”