Chronicling an American age of art, thought, and global engagement 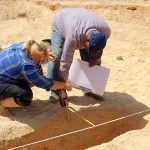 In his new book “The Free World: Art and Thought in the Cold War,” Louis “Luke” Menand, the Anne T. and Robert M. Bass Professor of English and Lee Simpkins Professor of Arts and Sciences, follows up his Pulitzer Prize-winning “The Metaphysical Club” with a richly detailed study of the U.S. between World War II and Vietnam. Menand chronicles a tapestry of characters, including George Kennan, George Orwell, Hannah Arendt, John Cage, James Baldwin, Betty Friedan, and Susan Sontag, in a piercing examination of a time of increased American influence on intellectual and cultural life. Jorie Graham, Boylston Professor of Oratory and Rhetoric, sat down with Menand for a conversation about the book, his influences, and writing style.

GRAHAM:  Your legendary voice — unflappably calm, realistic, witty — your syntax with its signature steadiness, its mesmerizing current (which in this case carries massive amounts of information which in other hands might be sweaty with effort) — also feels effortlessly lyrical. Without any fuss you drop in aphoristic gems, gorgeous images, tonal shifts which say as much as any information about your subject — highs and lows of expression of very American locution — and yet you keep it all under this phenomenally calm tonal register. The reason this seems particularly powerful is because it gives rise to a strong feeling of objectivity. In this book in particular it’s a powerful tool because it makes us feels it is impartial truth we are hearing — “what happened to us.” That’s very hard to do. It’s your characteristic style but it serves this particular masterwork brilliantly. Confronted with what might to many seem a daunting book, we cannot stop reading. Finally someone is explaining how we got where we are now, and how we became who we are.

How did you “develop” your voice or style? What writings or writers — in any genre — have been important to you in this regard? Does this current, set at this unusually steady voltage, help you manage this vast amount of researched material? Do you write this cleanly from your first draft? Do you revise a great deal? Is there a secret wordy Menand draft you chisel down to this crystalline gem? What’s in the 75,000 words you are said to have cut from the book?

MENAND:  It’s like there is a person inside me whose voice I need to get in touch with in order to write. When I do, I am always interested in what this person has to say. That voice is not my speaking voice. I think it’s like singers, who have to warm up or stimulate their singing voices before they go on stage.

One of my personal rules as a writer is never to repeat myself, so having a large amount of material to cover, as in this case, was a challenge, but I felt I could make it manageable for the reader.

I do not write drafts. I write one or two sentences, make sure they are the best sentences they can be, and then write the next sentence. I refine, but I almost never revise, except to cut, and when I write the last sentence, I stop. I’m trying to imagine a reader feeling drawn along by the prose.

I did have to cut 75,000 words to make this book a reasonable size, but that was not very hard. I learned how to cut by writing for magazines, and also by being a magazine editor, a lot of which involves cutting other people’s stuff. Many of the cuts had to do with Leon Trotsky and the Fourth International — an important figure, but really backstory to the story I was trying to tell. Other cuts were various rabbit holes I got lured into going down but that I realized would slow up the reader. (Why am I reading about this person?) It was underbrush, though it was useful for me to know the underbrush was there. There is a lot of randomness and accident in cultural history — it’s not a chain of paper dolls — and you want the reader to have a feeling for that.

GRAHAM: In this book one of the strategies is to follow interconnections between hundreds of characters — going down seemingly unending paths of thrilling and illuminating adjacencies. One feels you’ve developed a potentially new way of unearthing truth. In its grip, how do you decide when to stop? Surely you must feel regret letting go of some of these threads.

MENAND: I began writing with a starting point, the end of the Second World War, in 1945, and with an end point in mind, U.S entry into the War in Vietnam, in 1965. Then I just tried to tell the story as it unfolded. When you do that, characters do start to appear and later on to reappear. That gave the book the sense of interlocking pieces, but it arose out of the material, not really by design.

There were many subjects I wanted to include, or ideally should have included, but did not have space for. But in each chapter — and each chapter focuses on a different topic — I felt I said what I needed to say, that I reached closure. Same with the book as a whole when I had written the last word, which is “Stalinism.” After that, there was nothing more to say.

“I do not write drafts. I write one or two sentences, make sure they are the best sentences they can be, and then write the next sentence.”
— Louis Menan

GRAHAM: There is no doubt this book is powered by a strong force of urgent (curious, cool, but possibly even anguished) autobiographical search: How were you formed? How did we become who we now are? But, typically Menandian, there are hardly any ways in which the narrator is personally present. How does this magical conjunction of personal need and personal effacement come about in your writing style? I assume it’s innate and character-driven, but also imagine that, as with any great writer, it’s also constructed. What artists and writers have been helpful to this canny and deeply original construction of your narrator?

MENAND: Maybe! I didn’t feel angst. I did feel I was revisiting my childhood, or rather learning about things I had heard about in my childhood but never really understood. But I am not nostalgic for this period, and I felt I could be reasonably disinterested.

It’s hard for me to name literary or scholarly models. Like, I assume, all writers, I was infatuated with certain writers when I was young, but I couldn’t say whether they influenced my own way of writing. No doubt they did somehow. I have a sociological mentality; the kind of writer I find exciting to read is Erving Goffman. But I’m not a sociologist.

GRAHAM: Is it possible the style just discussed responds in this case to the subject matter? And similarly the form and structure of the book? The apparent objectivity, for example, is it responding to (or exemplifying an alternative to) the highly competing rhetoric, even propaganda, governing so much of the art and thought of the Cold War?

MENAND: I think the answer to that is yes. I do not like the critical language of approval and disapproval. I always felt there was a lot of moral righteousness among the critics of that period. I can’t think that way. I want to empathize (not sympathize) with the people I’m writing about, to get inside them. You do learn their limitations that way, and in that sense you are rendering a judgment, but your job is to, in the words of Howard Cosell, “Tell it like it is.” You want to help readers think without telling them what to think.

GRAHAM: The book seems brilliantly non-hierarchical. Does its juxtapositional pluralism enact what may be a political ideal as to reconciling part and whole, individual and collective? In this sense the structure of the book seems an exemplification of democracy or at least a model for co-existence?

MENAND: Well, there is always conflict in cultural production. Goods are competing with other goods, and there is social and political pushback. That is normal. We have it today. People complain that we’re heading in some terrible direction, but it has been like that forever. It’s one of the ways cultures develop. What you do see in this period, as you say, is a gradual letting down of barriers, an expansion of cultural appreciation, an understanding that there are different strokes for different folks, as they said back in the day. Taste becomes more catholic. I am in favor of that.

GRAHAM: Did your own sense of what might be an ideal national or international order shift as you encountered all of these strongly held and argued expressions of how to live?

MENAND: I started writing about 10 years ago, but I began to feel that this story is illuminating for Americans today because it’s about a time when the United States was actively involved in world affairs — in good ways and bad. We have just (I hope) emerged from under the shadow of isolationism and nativism, and we have the sense that a fresh start is possible. That is something a lot of people felt at the end of the Second World War. It is instructive to look back and see what they made of the opportunity.

GRAHAM: Was the order of the book and its story established from the start — outlined in your mind — or were characters and players discovered in process? Did any barge into your research or narrative unexpectedly? Did the story and connections change over the decade of this writing? When we appeared to veer culturally and politically, did it take your book by surprise? Did events affect what you foregrounded?

MENAND: Yes to all, pretty much. As I said, I began at the beginning with a certain end in mind, and then just followed the trail of breadcrumbs. In all writing, you are shooting an arrow over the hill and then trudging up to see whether it hit the target. I obviously had certain figures in mind I wanted to get to, but I tried to allow the story as it unfolded to dictate my moves. You can’t begin a book like this with a thesis or an argument you have decided on in advance (which is why I discourage dissertation students from spending too much time on the proposal). You need to let the material tell you what you need to say next.

GRAHAM: You have now undertaken two life-altering projects — “The Metaphysical Club” and “The Free World.” What’s brewing in the back of your mind? What do you imagine you need to explore next in order to help us understand what’s coming and how to survive?

MENAND: Each of those books took me 10 years to write, so part of me never wants to write a book again. But I feel there is one more piece to the story I started to tell here, and that is Vietnam. We’ll see.

GRAHAM: Sounds perfect. Get to work. We’ll be waiting!