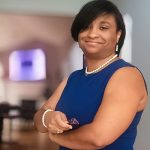 A globally known, pioneering athlete whose explosive rise to fame and inspirational achievement on the basketball court brought greater visibility to Asian Americans in professional sports, Jeremy Lin ’10 is also a philanthropist and activist. He has stepped up to help those affected by the COVID-19 pandemic, and become a dynamic advocate in the fight for inclusion and against anti-Asian racism. And on May 26, he will address Harvard’s graduating seniors as part of the annual Class Day celebration, an honor for which he was selected by the Class of 2021.

“Jeremy Lin has been an inspirational figure for so many of us, and the example of his work and the ways he lives his values shine more brightly now than ever,” said Samyra Miller ’21, first marshal and co-chair of the speaker selection committee. “His story — his persistence, passion, and his belief in himself when others might not — is a lesson we can all learn from.”

“I’m deeply honored to be invited by the Class of 2021 to speak at Class Day,” Lin said. “This next generation of leaders is stepping into the world at such an unprecedented time, and they have so much potential to help shape a more just and kind society. I’m excited to celebrate this moment with them and share whatever lessons I’ve learned since my time at Harvard.”

After a record-shattering four years as a star point guard for the Crimson — as team captain his senior year — Lin went on to have a storied, nine-year pro career, becoming the first American-born player of Chinese or Taiwanese descent to play in the NBA. In 2019 he became the first Asian American to win an NBA championship with the Toronto Raptors. He signed with the Beijing Ducks in 2019 and most recently, in January 2021, with the G League’s Santa Cruz Warriors.

After he went undrafted in the 2010 NBA Draft, Lin was signed and cut by different teams for two years, until he was picked in 2012 as starting point guard for the then-struggling New York Knicks. Scoring a historic 136 points in his first five career starts, Lin found himself a household name at the center of a global phenomenon that became known as “Linsanity.” His 2012 season included scoring 38 points against Kobe Bryant’s Lakers, 28 points against the defending champion Dallas Mavericks, and 27 points and a last-second, game-winning three-pointer against the Raptors. Fans, commentators, and analysts admired Lin’s natural talent and his on-court charisma.

Just two years after he graduated from Harvard, Lin was named one of Time Magazine’s 100 most influential people in the world. Arne Duncan ’87, the U.S. Secretary of Education at the time and a co-captain of the Harvard basketball team during his own senior season, wrote for the magazine that “Jeremy Lin’s story is a great lesson for kids everywhere because it debunks and defangs so many of the prejudices and stereotypes that unfairly hold children back.”

Lin has also taken on an increasingly important role as a leader in work to end anti-Asian racism. Following the Atlanta-area shootings in March 2021, he wrote about the need for action and empathy in a piece for Time Magazine, in which he hoped “we would listen when a group of people share their pain and seek to empathize before we dismiss” and “we would each, whatever our race, one day be able to be known in the fullness of who we are.” He had previously commented on the issue, including calling for people to “find one small way to promote unity,” during remarks at the NBA Together Virtual Roundtable held in May 2020.

In 2013, troubled that only a minuscule percentage of grant dollars go to Asian American and Pacific Islander issues despite the large numbers of them living in poverty in the U.S., Lin launched the Jeremy Lin Foundation. Last year, the Asian Pacific Fund honored him with their Leadership in Philanthropy Award.

Lin has also given generously to COVID relief, including to the nonprofits Direct Relief and Feeding America. In an April 2020 op-ed in The Players’ Tribune, he announced his own gift and pledged to match donations from readers. “[A]t a time like this that requires everyone uniting to survive, COVID-19 shouldn’t be about East vs. West, politics, race or anything other than helping as many people as we can survive,” Lin wrote.

“It is a distinct honor to welcome a speaker who has been a role model and champion of representation for so many Asian Americans like myself. From Harvard to ‘Linsanity’ to his commitment to never give up on his dreams, he has moved countless young people from all walks of life and from around the globe, using his immense influence to make this a better world,” said Prashanth “PK” Kumar ’21, second marshal and co-chair of the speaker selection committee. “Jeremy Lin shows what’s possible when you understand the power of community and of teamwork, when you stand up for what you believe in and live a life guided by an ethic of care for others.”

“Jeremy Lin shows what’s possible when you understand the power of community and of teamwork, when you stand up for what you believe in and live a life guided by an ethic of care for others.”
— Prashanth “PK” Kumar ’21, second marshal

Off the court, he excelled as athlete-scholar and was an active member in the Harvard-Radcliffe Asian American Christian Fellowship.

“From his time at Harvard to his illustrious NBA career to his life ‘beyond the 94 x 50’ as a philanthropist and activist, Jeremy has always embodied one of the core values of our program — ‘Do well and do good,’” said H. Tommy Amaker, the Thomas G. Stemberg ’71 Family Endowed Coach for Harvard Men’s Basketball. Amaker was Lin’s coach throughout his time at Harvard. “Jeremy is so richly deserving of this iconic honor, and I am thrilled that the Class of 2021 — and others — will have the good fortune to hear and learn from his journey, perspective, and wisdom.”

Lin also helped support undergraduate financial aid and renovations to the College’s basketball arena, the Ray Lavietes ’36 Pavilion. Announcing his gift, he told the Gazette, “Without question, my time at Harvard prepared me well for success both on and off the court. I’m honored to put that same world-class education in reach for deserving students and to support improvements to the facilities where I spent countless hours practicing and competing.”

Lin is native of Palo Alto, California, where his parents, Taiwanese immigrants and computer engineers, settled.

The Harvard College Senior Class Committee has invited a guest speaker for Class Day since 1968. Prior to that, the honor was given to University affiliates, such as deans, faculty, or classmates. The first invited guest was Martin Luther King Jr., who accepted the invitation shortly before his assassination. His widow, Coretta Scott King, delivered the speech in his absence and also became the first woman to give a Class Day address at Harvard. Since that time, speakers have spanned fields from politics and social activism to journalism, film, comedy, and literature. In 2019 the address was given by Nobel laureate and preeminent leader in addressing the challenges of climate change, Al Gore ’69, L.L.D. ’94.

In addition to Lin’s address, Class Day includes award presentations and student orations. The event will begin at 2 p.m. May 26 and will be streamed live online.