Some pomp for the circumstance 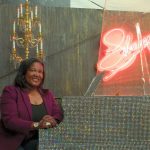 A collection of values, not just of valuables

This year’s graduation ceremonies will take place over the course of several days and include a range of virtual events to honor and recognize the Harvard Class of 2021’s thousands of graduates from across the University. Some of the online festivities will require preregistration, while others will be streamed live via video and audio feeds with no need to sign up in advance.

The fun kicks off on Sunday at 3 p.m. with the inaugural First-Gen/Next Gen (FGLI+) Graduation Ceremony honoring those graduates who identify as members of the Next-Gen community, including all undergraduate and graduate students who are first-generation as well as lower-income, undocumented, Dacamented, mixed-status household, and TPS students.

Monday will feature the Harvard University Lavender Graduation at 5 p.m., recognizing the accomplishments of LGBTQIA+ graduates.

On Tuesday Harvard’s Black Graduation Ceremony honoring African and African American heritage and culture will take place at noon and be followed at 2 p.m. by a WHRB broadcast of the Baccalaureate Service for Seniors, a traditional event involving Harvard’s president and clergy that dates back to the 17th century. At 3:30 p.m. the Harvard Graduation Ceremony honoring Latin American and Latinx heritage and culture gets underway.

On Wednesday, ROTC commissioning ceremonies will be held off-campus for students and a small number of friends and family. Some of Harvard’s professional schools will hold special graduate awards and recognition ceremonies online on that day, and the College will have Class Day events, a virtual celebration shaping up to be a slam dunk with an address by professional basketball star and Crimson standout Jeremy Lin ’10. “This next generation of leaders is stepping into the world at such an unprecedented time, and they have so much potential to help shape a more just and kind society,” Lin told the Gazette earlier this year. “I’m excited to celebrate this moment with them and share whatever lessons I’ve learned since my time at Harvard.” The day will close out with the Senior Letterwinners’ Dinner in honor of the student-athletes from the class of 2021.

Harvard’s main event, “Honoring the Class of 2021,” begins at 10:30 a.m. on May 27 with a pre-program slideshow and opening video featuring students from around the world who filmed themselves on their own devices discussing what the past year has meant to them. Harvard President Larry Bacow will offer welcoming remarks, and speakers Jordan Bliss Perry ’21, Silvana Gómez ’21, and Vincent H. Bish Jr., Ed.M. ’21, will deliver the Latin, undergraduate, and graduate addresses, respectively. The event will include a musical performance by Devon Gates ’23, and the official conferring of degrees by Provost Alan Garber and the University’s deans. The awarding of the honorary degrees by Bacow and a musical performance by doctors, nurses, students, and researchers from Harvard Medical School and affiliated hospitals, will lead up to this year’s Commencement address by Ruth Simmons Ph.D. ’73, President of Prairie View A&M University, a historically Black university in her home state of Texas. Simmons was formerly President of Smith College and Brown University, where she became the first African American to run an Ivy League institution. As is custom, the program will close with a benediction and the singing of “Fair Harvard.” The event will be followed by virtual programs by the individual Schools.

Like last year, the program on May 27 will feature captions and an onscreen American Sign Language interpreter. Organizers are also exploring other live streaming formats to ensure those in far-flung places can access the feed. Roughly 13,000 people watched last year’s live stream. The recorded event, which is posted on YouTube, has 119,000 views to date.

Radcliffe Day on May 28 will begin with a virtual panel discussion titled “Achieving Gender Equity in the United States” moderated at noon by Drew Faust, president emerita and Arthur Kingsley Porter University Professor. The discussion will be followed at 1:30 p.m. by the awarding of the Radcliffe Medal by Harvard Radcliffe Institute Dean Tomiko Brown-Nagin. The annual award honors an individual who embodies the Institute’s commitment to “excellence, opportunity, and service.” This year’s recipient, philanthropist, businesswoman, and best-selling author Melinda French Gates, will also take part in a keynote conversation with financier, lawyer and philanthropist David Rubenstein.

The celebrations will be capped off the following week with the 151st annual meeting of the Harvard Alumni Association during a special virtual event on June 4, hosted by HAA President John J. West Jr., M.B.A. ’95.

For a complete list and to register for any graduation week events, visit the Commencement Office website. For more information and stories about Honoring the Class of 2021, visit Harvard.edu.