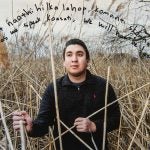 Harvard will recognize seven with honorary degrees during today’s Honoring the Class of 2021 ceremony.

Recipient of the 2018 Nobel Prize in chemistry, Frances Hamilton Arnold has harnessed the principles of evolutionary biology to generate novel and useful enzymes and other proteins that touch millions of lives every day. Her pioneering methods of “directed evolution” have led to new means of manufacturing environmentally friendly fuels, pharmaceuticals, and other substances.

The Linus Pauling Professor of Chemical Engineering, Bioengineering and Biochemistry at the California Institute of Technology, Arnold is one of today’s foremost chemical engineers and a leader in both the public and private sectors. She was recently appointed by President Biden as co-chair of the President’s Council of Advisors on Science and Technology (PCAST). She holds a bachelor’s degree from Princeton University and a Ph.D. from the University of California, Berkeley.

Her Nobel lecture cites nature as “a brilliant chemist and by far the best engineer of all time,” elucidating the awe-inspiring role of the process of evolution as a “grand diversity-generating machine” responsible for all life on Earth.

Arnold holds more than 60 U.S. patents and has co-founded three companies that focus on development of fuels, non-toxic pest controls, and sustainable development of medicines and chemicals. She is the first woman to have been elected to all three of the U.S. National Academies of Engineering, Medicine, and Science. A member of the American Philosophical Society, she has received honors including the Millennium Technology Prize, the Charles Stark Draper Prize, and the National Medal of Technology and Innovation.

One of the most widely respected editors in journalism, Martin “Marty” Baron is the former executive editor of The Washington Post. Over a career spanning more than four decades, Baron has also led such esteemed newspapers as The Miami Herald and The Boston Globe, and worked in leadership posts at The New York Times and the Los Angeles Times.

A strong advocate for the press’ essential role in holding powerful institutions accountable and in contributing to the vitality of a democratic society, Baron has guided newsrooms in their coverage of numerous stories recognized with Pulitzer Prizes, Polk Awards, and other major honors. Among other things, in 2019 he guided The Post in publishing The Afghanistan Papers, and in 2014, he oversaw groundbreaking reporting that uncovered large-scale surveillance of civilians by the National Security Agency. The Post won 10 Pulitzers under his leadership.

During his 11-year tenure as the editor of The Globe, the paper won six Pulitzers, for public service, explanatory journalism, national reporting, and criticism. Most notably, The Globe won the Pulitzer Prize for public service in 2003 for its wide-ranging investigation into the Catholic Church’s pattern of concealing sex abuse by clergy. The investigation and its impact were portrayed in the Academy Award-winning movie “Spotlight.”

Baron was the principal speaker last May for Harvard’s celebration of the graduating Class of 2020. In his address, he urged graduates to respect and embrace “the always-arduous, often-tortuous, and yet essential pursuit of truth. It is the demand that democracy makes upon us. It is the work we must do. We will keep at it. You should, too. None of us should ever stop.”

Baron earned his bachelor’s degree and M.B.A. from Lehigh University, and is the recipient of numerous honors include the Harvard Kennedy School’s Goldsmith Career Award for excellence in journalism, the National Press Club’s Fourth Estate Award, and the International Center for Journalists’ Founders Award for Excellence in Journalism. 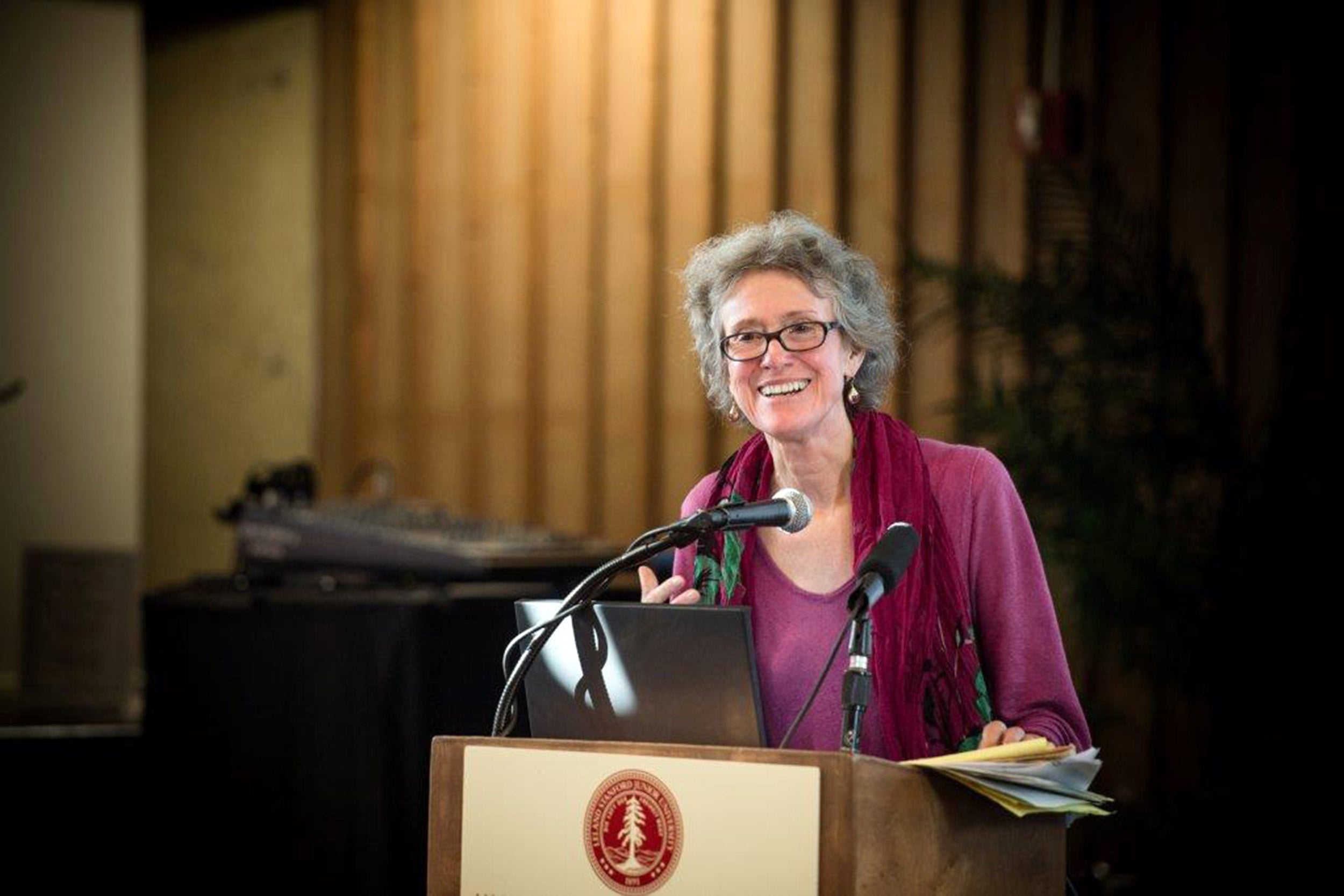 A pathbreaking scholar of the sociology of emotion, Arlie Russell Hochschild is professor of sociology emerita at the University of California, Berkeley. During her distinguished career studying human emotions and their impact on belief systems and interpersonal interactions, she has written numerous books, articles, and essays on a range of contemporary sociological issues and has lectured at universities around the world.

Her studies have explored the “emotional labor” performed by workers such as flight attendants and bill collectors (“The Managed Heart”), the struggle faced by working parents in attending to housework and childcare (“The Second Shift”), the efforts of employees to deal with a corporate culture of workaholism (“The Time Bind”), and the nature of intimate life in market times (“The Outsourced Self”).

Her most recent book, “Strangers in Their Own Land: Anger and Mourning on the American Right,” explores the “deep story” of Americans on the right side of the political spectrum. Her book grew out of five years of research, including scores of intensive interviews of Tea Party enthusiasts in Louisiana and reflecting her commitment to “scaling the empathy wall” to understand how others quite different from herself think and feel about the world.

Hochschild earned her bachelor’s degree from Swarthmore College and went on to receive her M.A. and Ph.D. in sociology from the University of California, Berkeley. A recipient of Guggenheim, Mellon, and Fulbright awards, she has been recognized with the Ulysses Medal from University College, Dublin, several honors from the American Sociological Association, and teaching awards from UC Berkeley. Four of her books have been named “notable nonfiction books of the year” by The New York Times, and two have given rise to a stage play and a musical. Her widely influential work appears in 17 languages. 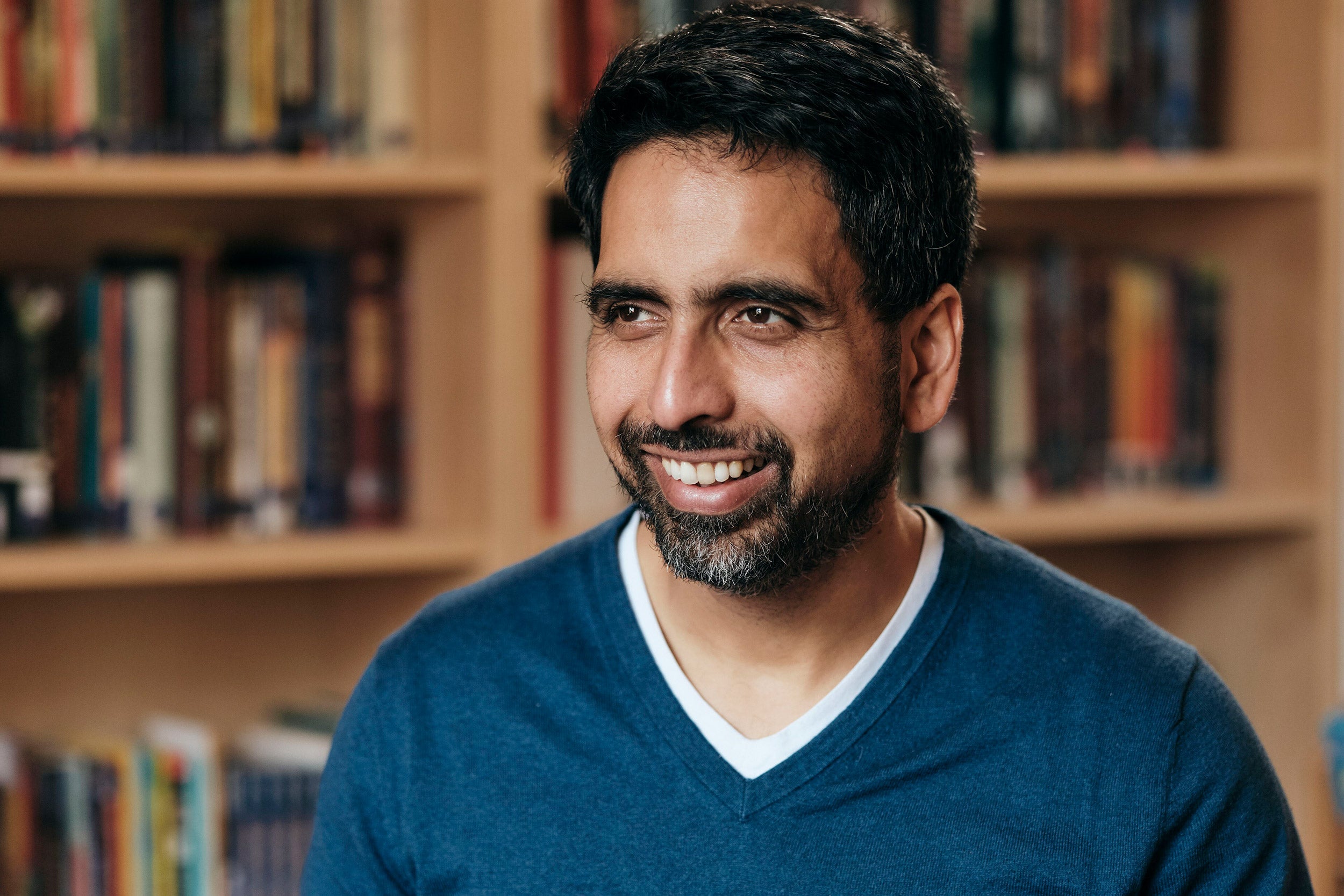 An educator and entrepreneur, Sal Khan is the founder and CEO of Khan Academy, a nonprofit organization dedicated to making high-quality online education available to people around the world. Today, Khan Academy counts more than 100 million registered users worldwide. Its offerings encompass a wide and growing range of subjects, for students at varying stages of learning, all in pursuit of the Academy’s mission “to provide a free, world-class education for anyone, anywhere.”

Khan Academy began as a family affair. While working as a hedge-fund analyst in Boston, after receiving three degrees from MIT and an M.B.A. from Harvard, Khan began tutoring a young cousin in Louisiana who wanted help with math. Before long, he found himself tutoring various other cousins, and he began posting videos for them on YouTube. Word of the videos spread far and wide, and in time Khan left his work in finance and launched what has since become a valued educational resource for learners around the world. Videos produced by Khan Academy, many featuring Khan himself, have been translated into dozens of languages and have been viewed more than 1.8 billion times.

Renowned for his ability to make complicated subjects understandable for students at different levels and with different learning styles, Khan has been recognized with such honors as the American Academy of Achievement’s Gold Medal, the McGraw Prize in Education, and the Heinz Award for improving the human condition.

He is the author of “The One World Schoolhouse: Education Reimagined,” founder of the Khan Lab School in Mountain View, California, and founding CEO of schoolhouse.world, a free online peer-to-peer tutoring resource meant to complement Khan Academy. 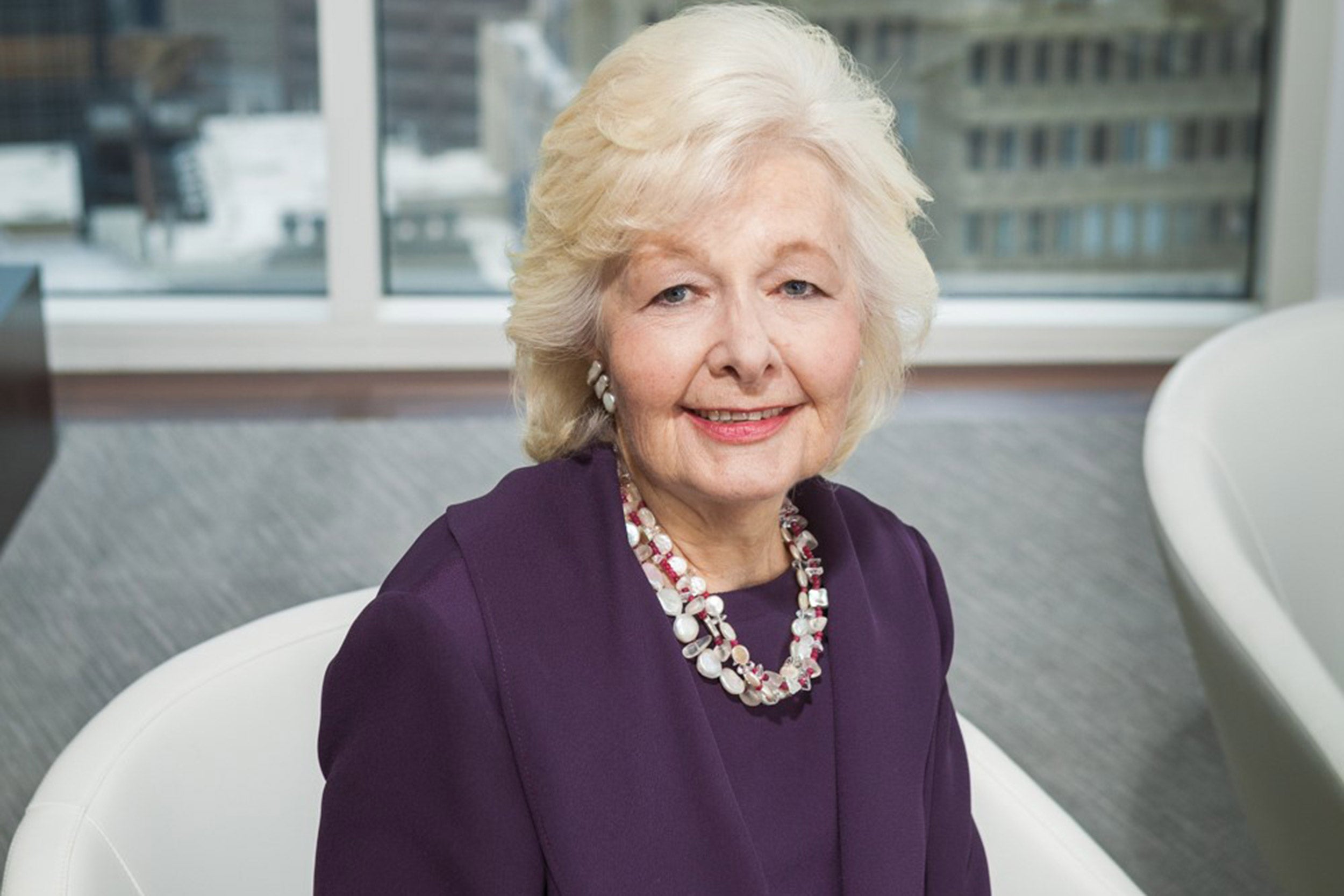 Margaret Hilary Marshall is former chief justice of the Supreme Judicial Court of Massachusetts, the first woman to serve in that role in the 328-year history of Massachusetts’ highest court. During her 11-year tenure as chief justice, she earned esteem as a champion for an independent judiciary, an advocate of equal access to justice, and a leader in promoting administrative reforms within the judicial branch. She led the SJC in issuing a wide range of important opinions, including her majority opinion in Goodridge v. Department of Public Health, which in 2003 made Massachusetts the first state in the nation to recognize a constitutional right of same-sex couples to marry.

A native of South Africa, Marshall received her bachelor’s degree from Witwatersrand University in Johannesburg, where she was an anti-apartheid activist and served as president of the National Union of South African Students. After moving to the United States, she received her Ed.M. from Harvard and her J.D. from Yale before entering the practice of law. She rose to become partner at the Boston law firm Choate, Hall & Stewart, as well as president of the Boston Bar Association, before serving from 1992 to 1996 as Harvard’s vice president and general counsel. She became an associate justice of the Supreme Judicial Court in 1996 and served as chief justice from 1999 until 2010. She is past president of the United States Conference of the Chief Justices, former senior fellow of the Yale Corporation, and now senior counsel at Choate, Hall & Stewart.

Sebastião Salgado is an illustrious photographer known for ambitious projects that document the plight of people living amid hardship and that tell stories intended to draw attention to pressing societal challenges.

He has since traveled to more than 100 countries for his renowned photographic projects, focused on such subjects as people stricken by drought and famine, mine workers, migrants and refugees, rural workers displaced by industry, indigenous communities, rising threats to the natural world, and Brazil’s Amazon rainforest. His black-and-white photographs powerfully depict the dignity of each human being as well as the beauty and fragility of nature.

Salgado’s works have been published in numerous volumes and continue to be presented in museums and galleries worldwide. His life and career are chronicled in the documentary film “The Salt of the Earth,” which received a special prize at the Cannes Film Festival and France’s César Award for best documentary film.

A UNICEF goodwill ambassador, Salgado has been recognized with prestigious honors in France, Spain, Italy, Germany, Monaco, and his native Brazil, among other countries. Earlier this year he received the World Economic Forum’s Crystal Award for his leadership in addressing issues of inequality and sustainability.

He and his wife, Lélia Wanick Salgado, are co-founders of the Instituto Terra, which promotes reforestation, conservation, and environmental education in Brazil. 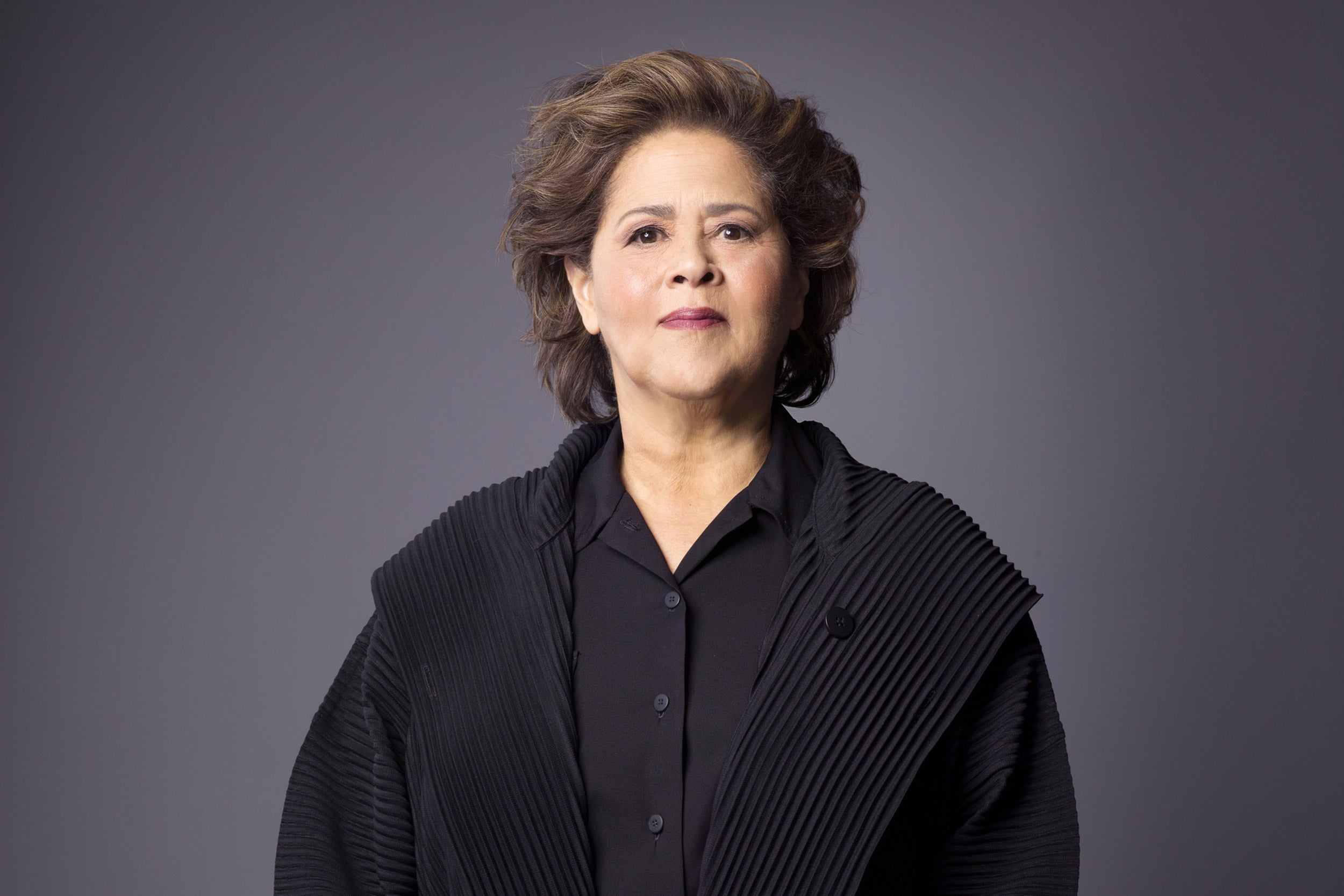 Anna Deavere Smith is an actor, playwright, author, and educator known for creating a powerful new approach to theater. Her work combines a journalist’s adroitness in conducting revealing interviews with diverse subjects, a playwright’s craft in weaving those interviews into compelling theater pieces, and a performer’s skill in bringing those pieces vividly to life.

She has created numerous one-person shows based on hundreds of interviews. Her early play “Fires in the Mirror” explores racial and ethnic tensions through interviews with a wide array of people who experienced or observed the 1991 riots in Crown Heights, Brooklyn. Her most recent play, “Notes from the Field,” examines the U.S. public school system and the “school-to-prison pipeline.” Among her other theater pieces are “Let Me Down Easy,” focused on illness and the health care system; “House Arrest,” about the U.S. presidency and the press; and “Twilight: Los Angeles, 1992,” about the riots following the verdict in the beating of Rodney King.

A past MacArthur Fellow and recipient of the National Humanities Medal, Smith was selected in 2015 by the National Endowment for the Humanities to deliver the Jefferson Lecture, the federal government’s highest honor in the humanities. Her numerous other honors include the George Polk Career Award in Journalism and the Dorothy and Lillian Gish Prize for artistic contribution to the enjoyment and understanding of life.

Smith received her bachelor’s degree from Arcadia University and went on to earn an M.F.A. from the American Conservatory Theater. Today, Smith is a University Professor at the New York University Tisch School of the Arts, where she is founding director of the Institute on the Arts and Civic Dialogue. She has also appeared in such television series as “For the People,” “Black-ish,” “Nurse Jackie,” and “The West Wing,” as well as films including “The American President,” “Philadelphia,” and “Rachel Getting Married.”