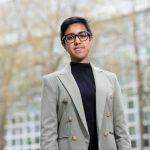 Whether it’s watching Bobby Kennedy score a touchdown in 1947 or the 1990s NCAA championship win for the women’s lacrosse team, the launch of the new Harvard Athletics Video Vault makes it possible for sports fans to relive some of the University’s most historic sporting moments.

“We have so many exciting and memorable games that have been sitting in cold storage, with no one able to watch them or enjoy them,” said Imry Halevi, assistant director of athletics and director of multimedia and production. “Our goal is to open up our history to our alumni and fans. Allow them to enjoy this amazing content, from the 1920s through the 2010s.”

“[It’s a way for alumni to] watch games that they competed in, or games that their parents or grandparents were part of,” Halevi added. “They want to remember the good times they had with their teammates and the memorable four years they spent on the Harvard campus.”

Currently, more than 30 of Harvard’s teams are represented on the platform. Additional historical content will be added every week to the subscription-based platform. The oldest footage is a football game between Harvard and Dartmouth, which Harvard lost 30-6. Other games of note include the men’s ice hockey team winning the National Championship in 1989 and the women’s soccer beating Columbia in 2016 to win the Ivy League title.

“That’s what we hope people will find in the Vault — memories,” Halevi said.