Four in a million 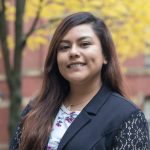 In a virtual ceremony on Wednesday, the Graduate School of Arts and Sciences (GSAS) awarded the Centennial Medal to four distinguished alumni who have made fundamental and lasting contributions to knowledge, to their disciplines, to their colleagues, and to society.

The 2021 Centennial Medal recipients are:

Many American workers experienced a sudden, unprecedented blending of work and home life during the COVID-19 pandemic. As organizations across the country now contemplate the future of work, there is no greater authority on the dynamics of the workplace and the family than Lotte Bailyn, Ph.D. ’56. The first female faculty member at the MIT Sloan School of Management, Bailyn succeeded Larry Bacow as chair of the MIT faculty in 1997 and is now the T Wilson (1953) Professor of Management Emerita. For decades, she has been overturning conventional assumptions about organizational behavior and productivity, demonstrating that valuing employees’ lives outside of work actually leads to better business outcomes.

Bailyn has advised more than 60 doctoral students over the years, including Nitin Nohria, Harvard University Distinguished Service Professor and former dean of Harvard Business School. “Lotte is a remarkable scholar, one of a rare class of individuals who leaves a permanent imprint on the way you view and approach research and the processes that underlie it,” Nohria says. “She has fundamentally shaped generations of academics.”

John Hutchinson, Ph.D. ’63, is one of the world’s leading mechanicians and one of the field’s most beloved educators. He laid the foundations for modern research on the behavior of materials under stress, including nonlinear fracture mechanics and plastic deformation; his work ranges from theory to experiment to application, and he was at the forefront of the field in applying large-scale mechanics to the small scales of microelectronics and composite materials. Hutchinson is the second-most-cited researcher in solid mechanics, with more than 95,000 citations of his work on record — an astonishing degree of influence.

“John is one of the most highly respected members of our faculty,” said Frank Doyle, John A. Paulson Dean and John A. and Elizabeth S. Armstrong Professor of Engineering and Applied Sciences. “He is recognized throughout the world for his scholarly contributions to the field of mechanics, as well as for his far-reaching impact as a generous and nurturing mentor. In so many spheres, including at SEAS, he has had a profound impact, and he continues to inspire all around him.”

The critical importance of truth and ethics in American journalism has never been clearer — and Marvin Kalb, A.M. ’53, is one of the nation’s greatest standard-bearers of journalistic excellence and integrity. An expert on the impact of media on public policy and politics and founding director of the Shorenstein Center on Media, Politics and Public Policy at Harvard Kennedy School, Kalb began his distinguished career in journalism as the last correspondent personally hired by Edward R. Murrow; he served as chief diplomatic correspondent for the “CBS Evening News” with Walter Cronkite and later as moderator for NBC’s “Meet the Press.” He is currently Edward R. Murrow Professor of Practice Emeritus at Harvard Kennedy School, and has hosted “The Kalb Report,” a public broadcasting series on media ethics, for 26 years.

“The Shorenstein Center could not have the influence and impact it now enjoys without the strong foundation Marvin built,” said Nancy Gibbs, its current director. “Our mission during this very challenging period for democracy is to study, strengthen, and sustain the values that Marvin embodies.”

Last summer, racial violence gave rise to a national reckoning in America, throwing into sharp relief the systemic racism facing people of color and the urgent need for more widespread awareness of the ways in which white privilege undermines social justice. Peggy McIntosh ’56, Ph.D. ’67, has devoted her life to helping us understand and confront these difficult truths about our society. The founder of the National Seeking Educational Equity and Diversity (SEED) Project, a professional development program for educators and other leaders, McIntosh is widely known for her 1989 essay “White Privilege: Unpacking the Invisible Knapsack,” which remains among the most widely cited sources on the topic.

“The contributions that Peggy McIntosh has made to higher education are estimable,” said Sherri Charleston, Harvard University’s chief diversity and inclusion officer. “She has shaped the way that we now think about questions of privilege and positionality, as well as the language that we use to think about how we empower educational institutions, in particular, to create peer conversation groups that can drive interpersonal and institutional change.”