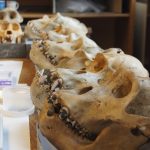 Rising fears over declining human sperm count among men in Western countries may be overblown, according to researchers at Harvard’s GenderSci Lab.

In a new paper published in the journal Human Fertility, “The future of sperm: a biovariability framework for understanding global sperm count trends,” Sarah S. Richardson, Marion Boulicault, and other colleagues argued that the assumptions underlying these claims are scientifically and ethically problematic, and they proposed alternative methods for understanding sperm count trends in human populations.

Specifically, the researchers re-evaluated a 2017 meta-analysis by Hagai Levine, Shanna Swan, and others, “Temporal trends in sperm count: a systematic review and meta-regression analysis.” The Harvard researchers called for a reconsideration of this widely cited paper and other research that has led to “apocalyptic claims” about a dramatic and imminent human population decline.

“The extraordinary biological claims of the meta-analysis of sperm count trends and the public attention it continues to garner raised questions for the GenderSci Lab, which specializes in analyzing bias and hype in the sciences of sex, gender, and reproduction and in the intersectional study of race, gender, and science,” said Richardson, director of the GenderSci Lab, and a professor of the history of science and of studies of women, gender, and sexuality.

Richardson and her colleagues found that earlier research claimed causal links between declining sperm counts and declining fertility, as well as between exposures to certain environmental chemicals and lower sperm counts. The GenderSci Lab researchers found that neither of these assumptions are supported by scientific or geographic evidence.

In addition, they argued that the design of the 2017 study relied on racist and colonial hierarchies and assumptions because it categorized data as “Western” sperm counts or “Other” sperm counts. This design does not allow researchers to examine differences in individual conditions across rural and urban locations and did not properly showcase the relative imbalance in data available for all nations within the “Other” group.

Further, the claims of decline were based on a “species optimum” of Anglophone developed nations of the 1970s, which the researchers argued was scientifically unsound. The GenderSci Lab team warned that this kind of Eurocentric focus has been used by alt-right, white supremacist, and men’s rights activists to argue that the health and fertility of men in Western nations is being threatened, particularly by feminist and anti-racist movements.

By contrast, Richardson and her colleagues proposed an alternative approach to examining developments in sperm counts called the “sperm count biovariability” hypothesis.

This framework is designed to take into account a wide range of locations, individual conditions, and other data that can contribute to changing trends in sperm counts. The researchers also noted that above a critical threshold, a higher sperm count is not necessarily an indicator of better health or higher probability of fertility.

“Researchers must take care to weigh hypotheses against alternatives and consider the language and narrative frames in which they present their work,” the researchers wrote in the paper. “In addition to its explanatory virtues, we argue that biovariability offers a more promising framework than does ‘sperm decline’ for attending to these imperatives.”

In the case of sperm count data, they proposed using a more nuanced approach to data about men’s health and fertility to avoid further social panic rooted in inequality.

“By proposing an alternative approach to sperm count data, we aim to contribute to the burgeoning discussion among reproductive health scientists and other researchers and clinicians about men’s health,” said Boulicault, lead author of the paper and a doctoral candidate in the Department of Philosophy and Linguistics at MIT