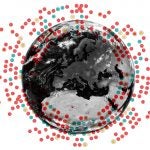 A key to the next pandemic: An early-warning system

The benefit was seen among patients discharged to short-term rehabilitation

The Community CAre Transitions (C-CAT) clinical trial, which paired community health workers (CHWs) with patients admitted to Harvard-affiliated Massachusetts General Hospital (MGH), has found that fewer intervention group participants were readmitted within 30 days than control group participants. The effect was significant for those discharged to short-term rehabilitation but not for those discharged home. The study has been published in JAMA Network Open.

While community health workers are one of few interventions demonstrating compelling evidence of improving outcomes in clinically and socially complex populations, most CHW studies have focused on disease-based cohorts. The study of CHW interventions at the time of hospital discharge has been underutilized and prior trial results have been mixed.

While the intervention effect was seen in patients discharged to short-stay rehabilitation prior to returning home, the researchers note that prior studies have shown that patients with complex co-morbidities discharged to rehabilitation facilities have markedly elevated rates of readmission, ranging from 28 percent to 75 percent. CHWs might have positively influenced these numbers by addressing unmet medical and social issues that occurred during the transition from rehabilitation to home, and improving communication between patients, rehabilitation staff, and the primary care providers after discharge.

Carter notes: “Surprisingly, there was a strong and significant reduction in 30-day readmissions for patients discharged to rehabilitation. This is a population with limited demonstrated interventions shown to improve outcomes. Additional research is needed to examine why this effect was seen as well as which patients benefited most from certain CHW intervention activities.”

Carter is an instructor in medicine at Harvard Medical School (HMS). Senior author Anne Thorndike is an investigator in the Division of General Internal Medicine at MGH and associate professor of medicine at HMS. Additional co-authors are CHW staff members Susan Hassan and Anne Walton; Karen Donelan of the MGH Department of Medicine and the Mongan Institute, as well as Stuart H. Altman Chair at the Heller School at Brandeis University; and Liyang Yu, bioinformatics specialist at MGH.

The study was supported by a Partners HealthCare Center for Population Health Delivery System Innovation Implementation Grant and the Healthcare Transformation Lab at MGH.