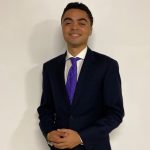 Turning hip-hop on its head

At Harvard, at Winthrop, and outside the ivory tower, Chris Altizer is all about connection

At its best, Harvard is not only its own community but an engaged part of the larger society in Cambridge and beyond. Christopher Altizer ’21 has long focused on nurturing that sense of connection, and it’s a mission he continued to pursue as gatherings moved online.

“I do best personally when I know I have a group of people who have my back, who I know care deeply about me and my success,” explained Altizer, speaking from Winthrop House, where he was House Committee co-chair. “Mutual or collective care is really important to me.”

As the first in his family to graduate college, Altizer is acutely aware of the necessity of a supportive network. Growing up in Tucson, Arizona, he explained, “I found myself really searching for a community and really trying to find out who I was. Getting involved helped me find that, and so I took that with me when I came to Harvard.”

When he found himself placed in a single in Winthrop House his sophomore year, he recalled, he realized he’d have to extend extra effort. “I had asked for multiple roommates and I ended up in a single, which I think made it a little harder to get engaged and involved,” he said.

His efforts paid off. “Chris was a dynamic presence,” said Institute of Politics Director Mark Gearan who, with his wife, Mary Herlihy Gearan, served as faculty deans at Winthrop House last year. “Thanks to his organizational skills combined with his hard work and winning personality, Winthrop students saw the House as their home.”

Altizer, who will be getting his degree in history of science, extended that sense of community in many ways. An active member of Harvard’s Queer Advisory Council and a Peer Advising Fellow for first-years, he has reached beyond Harvard as well, serving as the coordinator as well as a volunteer for Phillips Brooks House’s Mission Hill after-school program.

The common thread has been bringing people together, which has been especially challenging over the last year. “It took more of an active effort,” said Altizer. “It’s weird to be isolated physically and not to have those genuine interactions as you’re walking to the dining hall or to class. It’s not the same. Trying to create community has been more difficult. It really relies on active care and concerted effort.”

For the after-school program, Altizer and his colleagues focused on helping the young students gather in any way possible, creating Zoom links where they could meet with their peers or with PBH volunteers to get help with homework. Much of what he did was “just trying to get students engaged,” said Altizer, citing quizzes and reading together online. With one 7-year-old, “We would do math together, and spelling.”

For the younger children in particular, “It’s more about socio-emotional learning and really making sure that students don’t feel isolated,” he said. “It’s hard to be 7 or 8 years old and not be able to see your friends and not really understand why.”

Altizer said trust is key. “A lot of it depends on the relationships that have already been formed. The reason community can persist is because students who have worked in the after-school program for multiple years now have created relationships with their families. They recognize our names, our faces, they know us as people. We’re resources.”

Of course, even older students at Harvard have found themselves struggling. To ease the isolation, the Winthrop House Committee hosted online events, such as a weekly trivia night, a sticker club, and Winthrop-themed clothing. “Chris, with his boundless energy and enthusiasm, has done so much for the Winthrop House community during this challenging year,” said Winthrop’s current faculty deans, Steve Chong and Kiran Gajwani, by email.

“It’s important to stay positive more than ever now,” said Altizer. “Community persists but in very different ways, and we have to adjust and adapt.”

Ultimately, these lessons will be put to use next year, when Altizer becomes a Harvard Teacher Fellow. He will teach 10th grade chemistry in the Chelsea, Massachusetts, public schools while pursuing a master’s in education.

“Science affects the water we drink. It affects the air we breathe. That’s something we can take into science classrooms now and actually apply,” he said, citing “a mission to connect science — or connect education generally — to the lived experiences of students.”

“Having been through four years of Harvard and having seen where I’ve come from when I was a first-year, I know can help,” Altizer said. “Over the past four years I’ve learned what I find most meaningful — I’ve learned what it means to be authentic and how important my own authenticity is in creating community.”