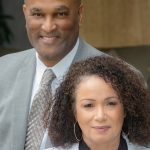 Yoseph Boku constantly asks himself: How can I have an impact?

The question-slash-mindset helped define his experience at Harvard College through his research on rare genetic diseases and in his volunteer work with the homeless. It will undoubtedly continue to frame his next steps as he starts Harvard Medical School this fall.

“I hope to dedicate my future to fighting for justice from a biomedical perspective,” he said.

Boku’s drive to make a difference started his first year, when he realized he could do something to help local disadvantaged teenagers and young adults.

“I saw that a lot of youth my age were sleeping outside,” said Boku, who concentrated in molecular and cellular biology and is living in Kirkland House. “I really saw great inequity where on one side of Mass. Ave., you have one of the wealthiest schools and right on the other side, you have youth who didn’t have any homes.”

Boku began volunteering at Y2Y, a youth homeless shelter in Harvard Square. He stayed on campus during the winter break of his first year to be able to continue volunteering while interning at Brigham and Women’s Hospital. In his sophomore year, Boku became volunteer director at Y2Y and oversaw all Harvard student volunteers, about 150 each week. In that job Boku worked doggedly to recruit peers at Harvard, not only for the benefit of the youth the shelter served but also to give his student conscripts the opportunity to get involved with public service.

“I really believe that public service can be therapeutic, that you can learn just as much from a volunteer opportunity as you can learn from a classroom or a section discussion,” said Boku, who was born in Addis Ababa, Ethiopia, and immigrated with his family to Alexandria, Va., when he was 6 years old. “Even doing a single shift can leave an impact. It was my hope that, from their shift at Y2Y, it would give Harvard students a yearning for social justice so that these Harvard students, wherever they go on to — whether it’s consulting or medicine or law — that volunteer experience with Y2Y would impact them so that they continue for the rest of their lives to advocate for those who don’t have.”

That type of effort was why Boku was recognized in 2020 with the Spirit of Harvard College award. It is given to students who have shown a commitment to the ideals articulated in Harvard’s mission.

When the pandemic struck, Boku switched to working remotely as a case manager. During the fall semester, Boku helped a local high school student find a place to take his online classes when the Y2Y building was closed. He worked with the student, the administrators at his school, and the Cambridge mayor’s office to find him a shared working space in Cambridge.

“It showed me the importance and real-life impact that advocacy can have,” Boku said.

The 21-year-old made his impact felt outside of Y2Y as well. Just before the pandemic hit last February, Boku helped organize the third annual student-run Black Health Matters Conference. It focused on racial disparities in health care for African Americans, an issue that a few months later was in the national spotlight.

Over the years Boku has developed a special interest in sickle cell anemia, a genetic disorder that causes red blood cells to become misshapen and break down, and disproportionally affects Black and brown communities. He got involved in mentoring young adults diagnosed with it through STRIVE, the Harvard mentoring program for teenagers with the disease.

While he is concerned about sickle cell disease, Boku hasn’t done much research on it just yet. Most of his efforts thus far have been geared toward rare genetic diseases with no cure, such as progeria and tuberous sclerosis complex. Because they don’t affect a large number of people, they tend to have trouble drawing major funding from sources like big pharmaceutical companies.

Boku’s passion for looking into rare diseases was cultivated in a neurobiology class he took his junior year. A father of two girls with a rare sleeping disorder spoke to the class about the difficulties of finding physicians who specialized in treating his daughters’ condition.

“There wasn’t really enough research being done so he broke the fourth wall and asked us to go into rare disease research,” Boku said. “That is what strengthened my resolve to do research on these diseases that are neglected by the broader research community. In a way, I see that as no different from my work with Y2Y, mentoring students with sickle cell, or my work with the Black Health Matters Conference. All of it is fighting for justice, whether I’m pipetting in the lab or whether I’m making a grilled cheese sandwich at Y2Y or whether I am introducing speakers for a panel at the conference. All of it was fighting for justice.”