How to get away with a Pudding Pot 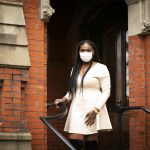 A poem for Venus

Award-winning actress Viola Davis is the recipient of The Hasty Pudding Theatricals’ 2021 Woman of the Year Award.

In a historic and monumental year, the Woman of the Year Award will be presented remotely in a Zoom webinar on Thursday at 9 p.m. The webinar will begin with a short celebratory roast for Davis, followed by a moderated Q&A with pre-selected questions from the HPT community. The event will conclude with an acceptance speech by Davis, where she will officially receive her Pudding Pot.

“We’re very excited to honor Viola Davis as our 71st Woman of the Year because of her immense impact in Hollywood, especially in such a historic and difficult year for the arts,” said event coordinator and producer Natalie Needle ’21.

“Viola has inspired our company with her incredible grit and determination, and we cannot wait to celebrate her successes, strong character, and wonderful talent, ” added president Jessica Moore ’21.

Davis, the most Oscar-nominated Black actress in Academy Awards history, has pioneered roles across film, television, and theater. She is the first Black actress to win two Tony Awards (“Fences” and “King Hedley II”), an Oscar (“Fences”), and an Emmy (“How to Get Away with Murder”).

In 2012, she and her husband, Julius Tennon, founded their production company, JuVee Productions, with a focus on developing and producing independent media, and showcasing narratives from a diverse range of emerging and established voices alike.

The Woman of the Year Award is the Hasty Pudding Theatricals’ oldest honor, bestowed annually on performers who have made lasting and impressive contributions to the world of entertainment. Previous awardees include Meryl Streep, Julia Roberts, Scarlett Johansson, Anne Hathaway, Kerry Washington, Halle Berry, and Katharine Hepburn.

The Hasty Pudding Theatricals was unable to put on a full show this year due to Massachusetts and Harvard College COVID-19 restrictions. The Man and Woman of the Year Events are the only events that HPT will stage in 2021. HPT hopes to safely return to the live stage in 2022.