Smile for the birdie 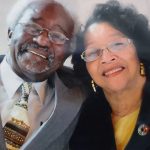 The great blue heron stood by the partially frozen pond as still as the ice itself. The bird was poised to jab its long, S-shaped neck into the frigid water to snatch a fish if one wandered near enough. A minute passed. Then another. Nothing happened, and the heron didn’t move. Neither did Gonzalo Giribet about 20 feet away, waiting for the perfect photograph.

Since the start of the pandemic, the Harvard zoologist has filled down time (his field research is currently on pandemic pause) with a new-found passion: bird photography. In fact, he sometimes rises as early as 4 a.m. to get in place for what often turn out to be stunning snapshots of winged wildlife.

He’s captured photos of bald eagles swooping down to fish, male Northern cardinals standing brilliantly red against the snow, owls in residential neighborhoods, and even a bat with a damaged wing. His photo of a tawny female cardinal nearly hidden in a labyrinth of snow-covered branches made him a finalist in an international photo contest.

Giribet, a professor in the Department of Organismic and Evolutionary Biology and Alexander Agassiz Professor of Zoology in the Museum of Comparative Zoology, documents his efforts on Instagram. He says it provides a much-needed outdoor escape when so much of life is now online.

“It’s a way for me to be out,” said Giribet. “You never know what you’re going to find in nature.”

Giribet goes out a few times a week. His favorite time is sunrise, well before signing into work, or at sunset after he clocks out. These are when birds are most active, and the lighting is typically best.

His hobby requires significant patience, as getting a stellar shot could take five minutes or two hours or more. It also takes a bit of luck, and, most often, getting dirty. “If I see a nice photo that I want, I’ll lie on the floor and wait,” he said. “I don’t mind if it’s wet or snow or all mud.”

He does, however, typically draw the line when it comes to a field of goose feces. But even then, he confided that “it depends on how important that shot is.”

A year ago, Giribet knew very little about birds and he says he doesn’t consider himself an expert now. But he has learned to recognize many native species by sight or by ear. He recently bought himself a camera lens the length of his forearm for long-distance shots.

The Cambridge resident has discovered several favorite spots for birding. They include the nearby 170-acre Mount Auburn Cemetery, other cemeteries or parks in nearby towns, and locations a bit farther out. At a cemetery in Waltham he found two bald eagles and in Jamaica Plain he found an owl in its nest enjoying a meal. At Long Beach on Cape Cod, he encountered a happy flock of sanderlings, common to the area, playing in the low tide.

The photo that made it to the final of the Feria Internacional de Turismo Ornitológico 2021 photography contest came from Mount Auburn Cemetery. That was also where he sat in waiting for the blue heron to snatch the fish. The heron wasn’t successful, but Giribet managed to get a vibrant close-up of it with its beak open.

His colleagues in the Department of Organismic and Evolutionary Biology have become admirers of his work and his open-mindedness in subject matter.

“I continue to be impressed by the exceptional quality of his birding photography. He’s captured an amazing diversity of shorebirds, as well as songbirds and other species local to the Cambridge and Cape Cod areas, often in the midst of flight, takeoff, or other behaviors,” said Andrew A. Biewener, Charles P. Lyman Professor of Biology. “As one who studies bird flight, I was pleased that the COVID pandemic forced him to focus on avian photography more so than his prior focus on invertebrate biodiversity.”

For those looking to get into birding or bird photography, Giribet stressed sticktoitiveness and not getting discouraged, because the activity is often hit-or-miss.

“Some days you come out and you don’t get anything,” he said. “And some days you’re just on a roll.”