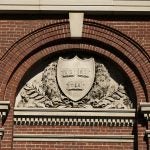 Helena Buonanno Foulkes ’86, M.B.A. ’92, an accomplished executive known for her leadership in the consumer health care and retail sectors, has been elected president of Harvard University’s Board of Overseers for the 2021–22 academic year. P. Lindsay Chase-Lansdale ’74, a developmental psychologist and former vice provost for academics at Northwestern University, will serve as vice chair of the board’s executive committee.

Both elected as Overseers in 2016, Foulkes and Chase-Lansdale will serve in the board’s top leadership roles for the final year of their six-year terms.

They succeed R. Martin Chávez ’85, S.M. ’85, an entrepreneur, computer scientist, and former investment banker, and Beth Karlan ’78, M.D. ’82, a physician and scientist at the University of California, Los Angeles, who specializes in cancer genetics and women’s health.

“Helena Foulkes and Lindsay Chase-Lansdale have each been insightful, admired, and valued members of the board these past five years,” said Harvard President Larry Bacow. “The combination of Helena’s experience in guiding large and complex organizations through periods of change, and Lindsay’s experience in a central academic leadership role within a major research university, promises to serve the board and the University well. I look forward to working with them, and the rest of the Overseers, as we navigate Harvard’s emergence from the pandemic and stay focused on advancing our academic mission.”

The Board of Overseers is one of Harvard’s two governing boards, along with the President and Fellows, also known as the Corporation. The board directs the visitation process, the primary means for periodic external assessment of Harvard’s Schools and departments. Through its array of standing committees and the roughly 50 visiting committees that report to them, the board probes the quality of Harvard’s programs and assures that the University remains true to its charter as a place of learning. More generally, drawing on its members’ diverse experiences and expertise, the board provides counsel to the University’s leadership on priorities, plans, and strategic initiatives. It also has the power of consent to certain actions, such as the election of Corporation members.

Foulkes served until 2020 as CEO of Hudson’s Bay Co., a diversified retailer with extensive operations in the U.S., Canada, and Europe. As CEO, she guided major changes to the company’s structure, leadership team, and operations, setting the stage for HBC’s successful privatization. Earlier, Foulkes spent 25 years at CVS Health, rising to become its executive vice president and the president of CVS Pharmacy. She led CVS’s emergence as the largest pharmacy health care provider in the U.S., while overseeing the elimination of tobacco sales, embracing digital innovation, and building the company’s customer loyalty program.

“I’m humbled and honored to be elected president of the Board of Overseers,” said Foulkes. “I feel incredibly fortunate to be part of the Harvard community and will do all that I can to help in these challenging times. President Bacow, working alongside the governing boards, and the administration, faculty, students, and alumni have been amazingly resilient in this last year, and my Overseer colleagues and I will do our best to help guide the University through this next chapter.”

As a Harvard Overseer, Foulkes has chaired the board’s committee on finance, administration, and management, while additionally serving on the executive committee and the committee on natural and applied sciences. She also sits on the governing boards’ joint committee on inspection, as well as the Board of Overseers’ subcommittees on governance and visitation.

An experienced board member in both the nonprofit and for-profit sectors, Foulkes has served on the board of the University of Connecticut’s Dodd Human Rights Impact research center, and also serves as a director of the National Bureau of Economic Research. In addition, she is a member of the boards of Home Depot, Harry’s, and mPharma.

Foulkes has appeared four times on Fortune magazine’s annual ranking of the most powerful women in business, and was also recognized on Fast Company magazine’s list of most creative people.

Chase-Lansdale is an expert on research and social policy relating to children and families. She serves as the Frances Willard Professor of Human Development and Social Policy at Northwestern University’s School of Education and Social Policy and a faculty fellow at the Institute for Policy Research (IPR). In 2020, she completed her work as Northwestern’s first-ever vice provost for academics, a role in which her priorities included faculty diversity and inclusion, multidisciplinary research initiatives, faculty leadership development, and the success of students from all backgrounds. She is the co-director of Northwestern’s Two-Generation Research Initiative, and she served as the founding director of Cells to Society, Northwestern’s Center on Social Disparities and Health at IPR.

“I am deeply honored to serve as vice chair and to collaborate with President Bacow, Provost [Alan M.] Garber, the Harvard leadership, and my colleagues on the Board of Overseers to foster even greater excellence at Harvard,” said Chase-Lansdale. “I bring my expertise as a faculty member and former vice provost for academics at Northwestern University to support Harvard’s academic mission with a keen eye toward addressing inequities in the academy and in society.”

She has published widely on topics in the areas of child and adolescent development; family studies; two-generation education programs and policy; poverty and social inequality; and the resilience of children and parents facing economic hardship. Particular interests include the mentoring of students of color, first-generation students, and low-income students, and fostering the careers of female faculty, faculty of color, and LGBTQ faculty in the academy.

A fellow of the National Academy of Education, the American Psychological Association, and the Association for Psychological Science, as well as Ascend at the Aspen Institute, she has been recognized with honors including the Society for Research on Adolescence’s Social Policy Award and the Society for Research in Child Development’s Award for Distinguished Contributions to Public Policy for Children.