A feast for the eyes, sort of 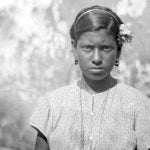 Experts examine the history of food in art

We’re told, from a young age, not to play with our food. It’s clear many artists never listened. Throughout time, their creative experiments with edible objects — from vegetable-based dyes on colorful canvases to sculptures crafted from cocoa confections — have produced numerous masterworks.

A panel of experts explored the ways in which the history of food in art tells a story of creativity and craftsmanship during a virtual talk Wednesday sponsored by the Harvard Art Museums, presented in partnership with the Food Literacy Project at Harvard University Dining Services.

It’s a culinary history that underlies many of the works in Harvard’s collection.

For a literal case of food as art object one has to look no further than the museums’ “Chocolate Lion (Self-Portrait as a Lion),” a small sculpture created from marbled chocolate by German artist Dieter Roth in 1971. It is an atypical take, but not for Roth. Often the aim of self-portraiture is at least superficially a representation of the artist. Roth, however, who was known for his use of unconventional materials, frequently turned to chocolate to create “representations of himself in line with his belief that works of art should ‘change like man himself, grow old and die,’” said Lauren Hanson, the Stefan Engelhorn Curatorial Fellow in the Busch-Reisinger Museum. “Roth used chocolate not to create a natural likeness of himself, but to manifest the truth of his human body and the knowledge that it will age, deteriorate, and eventually turn to dust.”

In other works food has been incorporated in less-obvious ways. For centuries egg yolk has been a key medium for paint, helping the pigment adhere to the painting’s surface and keeping the color stable, explained Ruby Awburn, Richard I. Shader Fellow in Paintings Conservation at the museums’ Straus Center for Conservation and Technical Studies. “Egg tempera, not to be confused with the tasty Japanese dish egg tempura,” was a traditional means of stabilizing a pigment that had been first mixed with water to make a paste, she said. By combining the colored paste with yolk, painters could apply the hue to their work and ensure it would stay put. As the egg dried, it hardened into a film, locking the color in place.

But the product had its drawbacks. “Egg tempera is not a flexible medium and requires a stiff support,” rendering the use of canvas impractical, said Awburn. In addition, it dries quickly, meaning colors can’t be mixed together directly on a work’s surface, as is the case with oil-based paints. And because the egg medium can only carry a small amount of pigment with each stroke, it requires repeated applications to build up color.

Still, artists are nothing if not inventive. To create the fine details on their egg-based works, artists would use “small, linear, single-stroke brushwork,” said Awburn, creating “highlights and shadows with light lines and crosshatching.” Such techniques can be seen in the museums’ 1490 work “The Virgin and Child” by Botticelli, said Awburn, noting that a close examination of the Virgin’s face reveals the “crosshatching in her skin-tone variations.”

Despite the evolution of new paint formulas, contemporary artists continue to embrace earlier materials and techniques, sometimes with a modern twist. A case in point is American painter and Harlem Renaissance prodigy Jacob Lawrence and his 1951 work “Ventriloquist.” While he “embraced the semi-transparent wash that egg tempera provides,” said Awburn, instead of using small strokes and crosshatching to flush out the details, he opted for “flat washes of color with deliberate visual brush strokes emphasizing and supporting his cubist and illustrative style.”

Eggs and chocolate aren’t the only edible media artists have employed through the centuries. Illustrators working with charcoal, graphite, or chalks made use of stale bread prior to the arrival of rubber erasers in the late 1700s to produce highlights or remove unwanted marks, said Leonie Mueller, Craigen W. Bowen Paper Conservation Fellow at the Straus Center.

Milk was another artist staple found in the kitchen, she said, one that could act as a fixative, holding the media to the underlying support and keeping the image from smudging. “Skim milk was probably most often used, also to avoid fatty stains on the paper,” said Mueller.

Julie Wertz, Beal Family Postgraduate Fellow in Conservation Science, turned her attention to the textile industry and the process of dying cotton fabric a color known as Turkey red, which was connected both to food and “the absence of food.” In Western Europe, the cloth would have been prepared using rancid olive oil, she explained, and colored with a dye called alizarin that was derived from the root of the madder plant. But the large quantities of the root needed to create the red dye took up large swaths of land.

“When you are growing madder, which takes about three years to grow from a seed to a useful plant for dying, that’s land that you are not able to grow food on,” said Wertz, who studied the red dye as part of her doctoral research. When alizarin became the first natural dye to be created synthetically in 1868, it decimated the madder industry, she said, but freed up arable land for other uses, including food crops instead of crops grown strictly “for commercial use.”