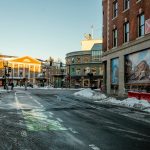 Recognized as leading American economist under 40, he developed statistical tools and models to buttress research

Harvard economist Isaiah Andrews has won the John Bates Clark Medal, an award given annually to an American economist under age 40 “who is judged to have made the most significant contribution to economic thought and knowledge.”

“It was a huge surprise,” said Andrews, 34. The award was announced Tuesday, but he was informed last Friday that it was coming and so was able to celebrate with his husband with champagne before the announcement went public and the phone started ringing. “I am stunned and overwhelmed.”

Andrews was recognized for developing statistical tools and models that help scholars to overcome obstacles in their research that can lead to inaccuracies. His work has far-reaching implications in economics and a range of other disciplines.

He said his current work is focused “less on answering any specific policy question than on thinking about the tools that we’re using to answer those policy questions, and trying to make those tools better and more reliable, so that our answers are better.”

“Isaiah Andrews’ contributions to econometric theory and empirical practice have improved the quality, credibility, and communication of quantitative research in economics,” said the announcement from the American Economic Association Honors and Award Committee. “He is playing a key role in the recent turn of econometrics back toward the study of the most important problems faced in empirical research.”

Much of that work involves developing methods that render the estimates and data in economic models more transparent and reliable, such as creating a “sensitivity matrix” that measures how estimates change based on the deviation between true and assumed models; showing how to correct misleading conclusions due to publication bias; and addressing the problem of weak identification by developing reliable methods to quantify the degree of uncertainty surrounding estimates of casual relationships.

“It seemed, as a field, economics spent a substantial amount of time thinking about some of these really important questions and trying to develop answers, which would hopefully lead to better policy outcomes, and that very much appealed to me.”
— Isaiah Andrews

In 2018, The Economist named Andrews one of the decade’s eight best economists, saying that he and his fellow nominees represented “the future of the discipline.” In 2020, he was named a MacArthur Fellow for his work on statistical inference.

For Andrews, economics runs in the family, with both parents having doctorates in the field. Yet he didn’t intend to follow suit, worried that such a move would seem “a little predictable.”

That changed in college, he said, as he began to understand how the discipline could address some of the world’s pressing challenges. “It seemed, as a field, economics spent a substantial amount of time thinking about some of these really important questions and trying to develop answers, which would hopefully lead to better policy outcomes, and that very much appealed to me.”

He graduated from Yale University with a degree in math and economics in 2009 and received a Ph.D. in economics from Massachusetts Institute of Technology (MIT) in 2014. After two years as a postdoc in the Harvard Society of Fellows, Andrews taught at MIT from 2016 to 2018, when he joined the faculty in Harvard’s Economics Department.

A research associate at the National Bureau of Economic Research, Andrews is also a member of the American Economic Association’s Committee on the Status of Minority Groups in the Economics Professions.

Andrews, who is Black, said that he sees the field as a whole making efforts to address issues of diversity, and that he hopes his new recognition “in some small way, on the margin, may help contribute to making the field a more welcoming place to a wider variety of folks.” 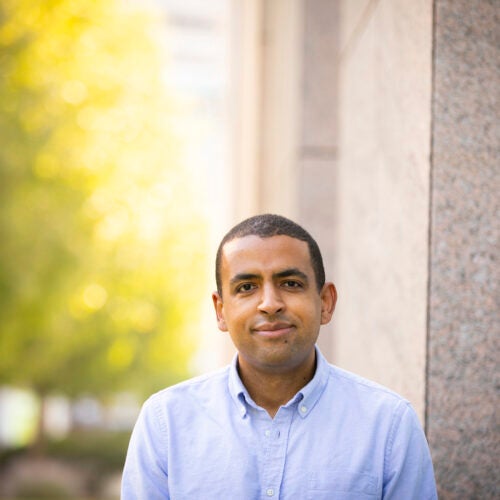 Professor honored for work in econometrics