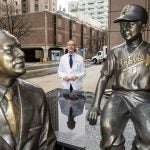 The Food and Drug Administration (FDA) approved inexpensive, at-home coronavirus tests for over-the-counter sales this week, adding a potentially powerful weapon to the nation’s pandemic-fighting arsenal that experts say will likely still be needed despite increasing numbers of vaccinated Americans.

One of them is Michael Mina, assistant professor of epidemiology, who has called on federal regulators for much of the past year to clear the rapid antigen tests, arguing that widespread, frequent use of the diagnostic has the potential to stop outbreaks early and keep case numbers down.

The tests provide results within minutes, he said on Thursday, and are particularly good at detecting infection during the 10 or so days when most people are contagious. Importantly, that covers the period when people may be asymptomatic and unknowingly infecting others, he added.

“This is great news that these regulatory hurdles have come down,” said Mina, who is also associate medical director in clinical microbiology at Brigham and Women’s Hospital.

In addition to the FDA’s approval Wednesday of Abbott’s BinaxNOW and Quidel’s QuickVue rapid antigen tests for over-the-counter sale, Mina also hailed two new government-sponsored trials that approximate the at-home testing strategy he has supported. The North Carolina and Tennessee trials will provide residents with free kits and ask them to test themselves three times a week for four to six weeks.

“We know that frequent testing with rapid results is critical because anyone can be exposed to this virus and not realize it until after they have become infectious,” Mina, a member of the Harvard T.H. Chan School of Public Health’s Center for Communicable Disease Dynamics, said in a statement after the approval. “The best way to combat spread is to give people the tools to know that they are infectious in real time.”

“Some people might say that’s a little too late, but it’s not, We’re seeing resurgence of cases right now and … there’s still 1,000 people dying a day in the United States with COVID.”
— Michael Mina, Harvard Medical School

During a media conference call Thursday, Mina said many Americans see the recent progress in the national vaccination campaign as a sign that the pandemic’s end is nearing, but that likely will not be the case. Several states relaxed social distancing and masking mandates and eased business closures and other restrictions after steep case declines in January and February. That has been followed by a national increase to around the levels seen in October and November, and still above the level of last April’s surge. The seven-day moving average of cases rose from 52,727 on March 14 to 62,542 on March 30, according to CDC statistics.

“Some people might say that’s a little too late, but it’s not,” Mina said of the tests’ approval. “We’re seeing resurgence of cases right now and … there’s still 1,000 people dying a day in the United States with COVID — which we’ve become numb to — but this is still a massive tragedy every single day.” 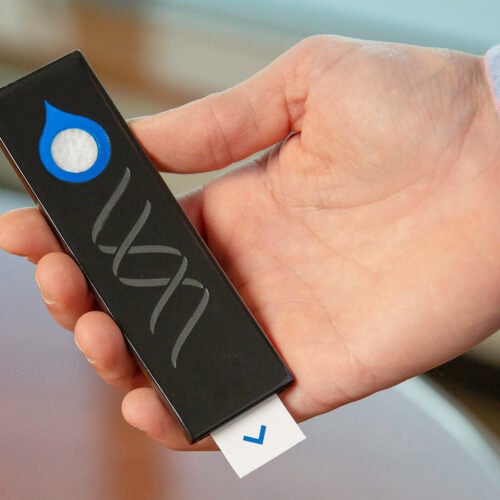 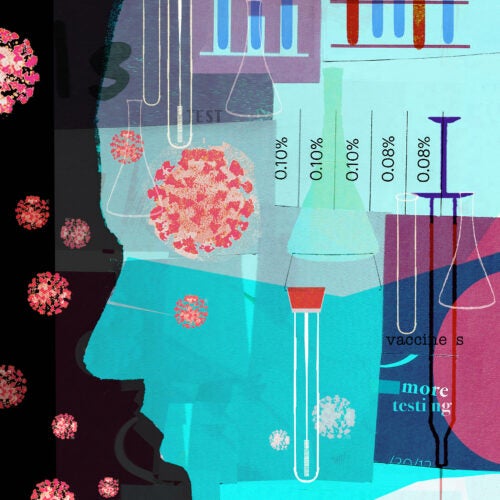 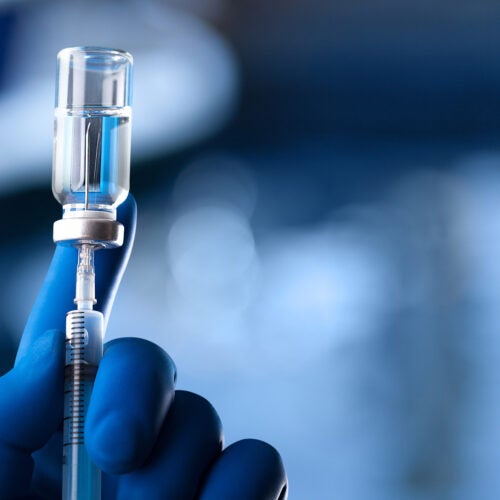 That renewed rise prompted Centers for Disease Control and Prevention Director Rochelle Walensky, a former professor of medicine at Harvard Medical School and Massachusetts General Hospital, to issue repeated warnings — including confessing a sense of “impending doom” — that premature easing of restrictions combined with the spread of a more contagious variant threatens to lead to a fourth surge here similar to that already under way in Europe.

Even if the current rise in cases doesn’t result in a surge now, Mina said we could  see a leap next fall, albeit one not as severe as this past fall and winter. He pointed to the virus’ continued spread among the unvaccinated and the potential waning of vaccine-derived immunity among elderly who were dosed early in the campaign as potential drivers.

Even in the case of another surge, vaccination of the most vulnerable combined with rapid tests would help snuff out outbreaks when they number just a few cases and eliminate the need for more business and school closures, Mina said. Such a strategy would allow society to function close to normal and avoid inundating the health care system to the point of collapse, as happened earlier in the pandemic, he added.

“That means that when an outbreak starts in a school or a nursing home or wherever in the future, we don’t have to close things down. We don’t have to take extraordinary measures to prevent the spread of new variants,” Mina said. “We can keep trotting forward as a society even in the context of ongoing, limited spread as long as we are preventing every outbreak from growing. I think getting these tests out is a huge step toward that.”