A sense of humor, giving space, trying to listen: Advice from 73 years of marriage 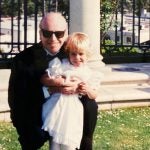 For Judith and Herman Chernoff, the secret to their 73 years of marriage is simple: “I give him space, and he gives me space,” said Judith. “That’s how we got along.”

The strategy has worked well so far. The pair have been married 73 years and are closing in on 74 in September. They are among the oldest living couples in Massachusetts.

Herman, who is 97 and a professor Emeritus in the Harvard Department of Statistics, can’t help but crack a joke at the longevity. “I was struggling to divorce her for many years, but she refused to let me do that,” he said, with a grin, about his 96-year-old spouse.

Another tip for making it last? “I listen to her very closely,” Herman said.

And a sense of humor is undoubtedly another reason their marriage is still going strong.

“They balance each other out very well,” said Miriam Chernoff, the younger of their two daughters and a biostatistician at the Harvard T.H. Chan School of Public Health.

Herman’s favorite quality about his longtime partner is how social she is compared with him. She would arrange the dinner parties and keep their calendar filled with activities like hosting friends and family, graduate students, or other colleagues of Herman’s who became friends with the couple. Judith always admired how people gravitated toward Herman, herself included.

“It was always very nice to see how the students liked him,” she said.

Ever the romantic, Herman was quick to keep adding to his list of favorite things about Judith. “She’s also very beautiful,” he said.

The couple, who live in Springhouse Senior Living in Boston’s Jamaica Plain neighborhood, met at Brown University in the summer of 1945 when they were both graduate students there. Herman, who grew up in the Bronx, was working toward a Ph.D. in applied mathematics. Judith, who was from Buffalo, was earning a master’s degree in the same subject. She was also working as a human computer.

“There were mostly men in the program then,” Judith said. “One day Herm was standing outside of a math class, and 12 women trooped out. They had just started that summer to hire some women to do computing, and that’s when Herm discovered me. I was among those women.”

Herman said he didn’t approach her right away. Instead, he bided his time. They got to know each other through mutual friends and hit it off.

The couple married on Sept. 7, 1947. Shortly after, they moved to New York City to start their life together. They spent some time in Illinois when Herman became a professor at the University of Illinois at Urbana, then crossed the country by car and ended up in California for the next 23 years as Herman worked at Stanford. They raised their daughters there and deepened their bond as they cared for their aging parents. In 1974, they came to Cambridge when Herman started at MIT before eventually coming to Harvard.

Throughout the years, the couple has cherished traveling. “Every time [my dad] had a sabbatical, they’d go to interesting places,” Miriam said. “When I was 10 years old, we went to Europe and spent six months in England and three months in Rome. Later on, my parents went to Japan.”

Today, age has forced them to cut back on travel, but when they feel up to it they like to take walks, especially to the nearby Arnold Arboretum.

During the pandemic their social life took a hit as the senior living home went into lockdown. They are vaccinated now, and the dining room has reopened, so things are looking up.

A recent news story on WCVB speculated that they are the oldest living couple in the state. Herman and Judith believe they may indeed have a case but aren’t too concerned if they aren’t.

They both agreed they are thankful to still have each other after so long.

“It’s rare for both parties in America to survive this long,” Herman said.

“It’s all just been an adventure,” Judith added.