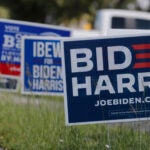 For Wellesley College Professor Cord J. Whitaker, “one of the most insidious and nefarious legacies of slavery and racism” is that Black people “are routinely led to believe that have no history beyond chattel slavery in the Americas.” At a lecture at Harvard on Monday, he set out to change that.

Whitaker studies the changing cultural interpretations of race by analyzing medieval art, Western political history, and religious texts. The very term medieval, he told his Harvard audience, has come to be associated with white Europeans, despite Africa’s mercantile power.

Whitaker explored how modern white supremacists have adopted medieval symbolism, including the Viking helmets worn by far-right demonstrators in Charlottesville, Va., but made it clear that the Middle Ages had a far more complicated perception of Blackness than today’s Neo Nazis. He cited an English pastoral manual in which the color black described the bones of peasants, denoting universality; the color also represented demons and original sin. At the same time, however, “Blackness could characterize the patron saint of the Holy Roman Empire, St. Maurice; as well as Balthazar, the holiest of the three magi, who represented the promise of Christian dominance of Africa.”

Such contradictions began to preoccupy Whitaker as he grew up in the African Methodist Episcopal Church, noticing such things as 18th-century phraseology in the liturgy. “My everyday Sunday experience begged the historical investigation of Black history, and this thing called Blackness. As I wondered why Jesus ‘sitteth’ at the right hand of the Father, it became clear to me that the legacy I experienced every Sunday did not jibe very well with the legacy of slavery — that we Black Americans did not have a long history.”

During the lecture, a Zoom event sponsored by the Standing Committee on Medieval Studies, Whitaker spoke at length about the genesis and development of his recent book, “Black Metaphors.” The work was informed by two chance encounters, he said, the first with a college student in Cairo, who didn’t believe that Whitaker had come from America.

“That cannot be, because you are the same color as me,” she told him.

“I had to inform her that there were millions of brown and Black people in America, and she was shocked and confused.”

The other was with a Black student at the University of Western Georgia, who said, “I never thought of us in the Middle Ages.”

Whitaker took questions from audience members including Hutchins Center director Henry Louis Gates Jr. and medieval studies lecturer Sean Gilsdorf. Gilsdorf asked about Whitaker’s image of a “shimmer,” or mirage, which Whitaker said was meant to reconcile two theories on race, one as a social construct and therefore not real, the other as a biological imperative. A desert mirage, he said, is a suitable metaphor: The reflections of sunlight are real, but the picture of a pool of water is an illusion. Likewise, race is biologically real, but human beings have created illusions around it.

“Something has been expressed, and you have perceived it, but it has led you to believe that something else material is there when it’s not,” he said.

Gates asked when early metaphors of Black and white identity “began to attach themselves to a concept of sin and redemption, and when they began to attach themselves phenotypically to people who look like you and me.” Whitaker said the former goes back as far as the Gospel of Nicodemus, which mentions the whiteness around Christ’s transformation and “white light” as divinity. Yet the medieval church saw skin color “as a corporeal difference with very little spiritual meaning.” Only with the development of African chattel slavery in the late Middle Ages and the ensuing New World colonization were purely spiritual notions of Black and white replaced by “justifications for enslavement.”

Responding to an audience question, Whitaker said that the two medieval perceptions of Blackness — divine and demonic — come together in the 13th- and 14th-century depictions of the Black Madonna. The dark-skinned Virgin Mary and baby Jesus, he said, can be related to the global dominion of the Christian Church, which now includes Africa. But he also found a connection to Crusade-era romances, in which dark-skinned Muslim women were portrayed as desirable.

“They unleash in some ways a proto-colonialist desire for all the wealth and richness and attractive otherness that comes with the dark and beautiful figure.” At the same time, he said, the Black Madonna is meant to inspire the Clergy to “a militaristic desire to conquer the concupiscence of their own wayward souls.” Thus the Black Madonna represents both sin and salvation.

“The Blackness at once speaks to original sin, but also a purity and wholeness that can be achieved through a state of grace. In the Black Madonna it’s fully merged.”