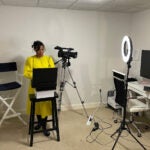 At a Meeting of the Faculty of Arts and Sciences on March 2, 2021, the following tribute to the life and service of the late Bernard Bailyn, was placed upon the permanent records of the Faculty.

Bernard Bailyn, Adams University Professor, Emeritus, and James Duncan Phillips Professor of Early American History, Emeritus, known to friends and colleagues as “Bud,” died on Aug. 7, 2020, at the age of 97. Productive until the end, he was one of Harvard’s most eminent historians and his work transformed the study of colonial and revolutionary America and of the early modern Atlantic world.

Bailyn was raised in West Hartford, Connecticut, and attended Williams College, majoring in literature and, after two years in the army, graduating in 1945. He was an avid reader of European history and literature; Thomas Mann remained a favorite author. The army sent him for intensive instruction in German and he considered doing further studies in German history. Entering graduate school at Harvard in 1946, he decided to focus on early America and studied with Samuel Eliot Morison and more closely with Oscar Handlin, pioneering historian of the American immigrant experience. He absorbed British and French historiography and, while still in graduate school, engaged the recently published monumental work of Fernand Braudel, “The Mediterranean World in the Age of Philip II,” with an essay that signaled his lifelong aim to integrate social, institutional, and economic history into an encompassing narrative, which, as he explained in his 1981 AHA presidential address, was the methodology unique to the historical “craft”: History could aspire to be an art but never a science.

Bailyn’s doctoral dissertation, published in 1955 as “The New England Merchants in the Seventeenth Century,” departed from Perry Miller’s influential rehabilitation of Puritan thought with its focus on the primacy of religion in America’s founding. Bailyn drew on shipping registers and followed marriage alliances to reveal how a group of early American Puritan traders gradually developed into an interlocking elite that would challenge a British Anglican establishment by the mid-18th century. Together with his wife, Lotte Lazarsfeld Bailyn — daughter of notable Austrian social scientists who emigrated in the 1930s — he published “Massachusetts Shipping, 1697–1714: A Statistical Study” (1959), with pioneering use of computer analysis. He then turned to the realm of belief and ideas, initially in “Education in the Forming of American Life” (1960).

In the 1960s, Bailyn produced the works that made him most celebrated — “Pamphlets of the American Revolution, 1750–1776” (1965); “The Ideological Origins of the American Revolution” (1967), awarded the Pulitzer and Bancroft prizes for 1968; and “The Origins of American Politics” (1968). In contrast to the usual focus on the classics of British and American Lockean liberalism, Bailyn excavated a stream of broadly shared tropes originating in the English revolutionary era that emphasized alleged royal conspiracies to stifle parliamentary rights. These ideas had faded in Britain but remained alive in the colonies. In 1974, Bailyn focused on the Revolution’s losers in the National Book Award–winning “Ordeal of Thomas Hutchinson,” an empathetic study of the conservative Massachusetts colonial governor fated to confront unquenchable political passions that ultimately drove him into exile.

Bailyn then turned to consider the Atlantic world as a distinctive arena of politics, trade, and migration. The International Seminar on the History of the Atlantic World, which he founded, has attracted young international scholars since 1995 and helped to form a subfield of the discipline. “The Peopling of British North America” gave a short introduction to his larger “Voyagers to the West,” which won a Pulitzer Prize in 1987. Again exploiting computer analysis (of a British emigration ledger from the 1770s), Bailyn combined social analyses of the migrants with poignant narratives of dubious motives, often forced resettlement, and unintended consequences, fundamentally questioning celebrations of the United States as a “nation of immigrants.” He extended that analysis in “The Barbarous Years” (2012) — published when he was 90 — which focused on the violence of the 17th-century European settlement. His final book, “Illuminating History,” which included recollections of some of his significant teachers, appeared in April 2020.

Bailyn’s graduate seminar became an incubator for a generation of major early American scholars who taught and wrote from the 1960s into the present century. He challenged his students to think through the implicit premises of the scholarship they read and urged them always to choose significant topics for their own research. The famous “so what” question became Bailyn’s litmus test for worthwhile scholarship. He resisted such dichotomies as Isaiah Berlin’s famous distinction between hedgehogs and foxes, asserting he had been both. He grounded his attention to the granular records of early American history in his broad reading and his constant attention to culture, including the era’s music.

He accumulated honors — including the National Humanities Medal conferred by President Obama and being named the Jefferson Lecturer by the National Endowment for the Humanities — and held memberships in the British, Irish, Scottish, Russian, and Mexican Academies. He served as Pitt Professor of American History and Institutions in the University of Cambridge, where he was an honorary fellow of Christ’s College, and was a trustee of the Institute for Advanced Study in Princeton, New Jersey. At Harvard, he was a long-term senior fellow of the Society of Fellows and, during the 1970s, a major contributor to the construction of the Core Curriculum, which modified and replaced the first program in General Education. In a brief biographical sketch, Bud humorously confessed “to being sunk in academia.” Lotte, his wife since 1952, taught for nearly four decades at MIT; their two sons, Charles and John, are professors at respectively Yale and Stony Brook University. Harvard rightly honored Bailyn and allowed him to fulfill the role of the historian as he defined it: “to extend and to enlarge our own, personal experience and to orient contemporary issues, values, goals, and behavior.”