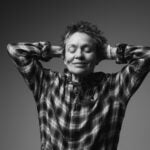 Laurie Anderson is, as always, undaunted

For many people, Valentine’s Day means a special night out, but probably not this year. The pandemic has limited our options, and the deep New England winter is also upon us. The Brattle Theatre, however, remains undaunted and is set to continue its decades-long tradition of airing “Casablanca,” offering the iconic 1942 love-amid-war movie through a virtual screening over the three-day weekend.

One secret to the film’s lasting appeal is obvious: its romance.  For starters, “Casablanca,” which has aired annually at the Brattle since the 1960s and on Valentine’s Day since 2000, stars Humphrey Bogart, “who is ineffably cool to every generation who meets him,” said Ned Hinkle, the Brattle’s creative director. Bogart plays Rick, a quintessential American loner, who falls in love with the mysterious Ilsa (a luminous Ingrid Bergman) in the lead-up to World War II, only to have the war — and their own better impulses — come between them.

However, those who study film see beyond the timeless tale of star-crossed lovers. “It’s one of the more iconic American films in the Hollywood studio era for a number of reasons,” said Haden Guest, director of the Harvard Film Archive. In addition to its sparkling dialogue and timely themes as America teetered on the brink of war, “Casablanca” “showcased the kind of film that was possible in Hollywood at that time,” said Guest.  That meant taking full advantage of the studio system, which had a great number of talented actors available to fill even the smallest roles. These included many European actors who had found a new home in Hollywood.

“It’s the story of the war, and its cast also tells the story of the war,” said Guest. In addition to the Swedish Bergman and the Austrian actor Paul Heinreid (who plays Victor Lazlo, Bergman’s husband), the cast includes several great European actors who had fled the Third Reich, such as Peter Lorre (Signor Ugarte), Marcel Dalio (Emile), and Conrad Veidt, who in a twist of fate was cast as Heinrich Strasser, a Nazi major. Even director Michael Curtiz was an immigrant, originally from Hungary. “He’d come to Hollywood a lot earlier,” said Guest. “Still, the story of emigration and escape is imprinted not just in the film’s narrative, but on its very DNA. That gives the film a real charge.”

Tom Conley, Albert Lawrence Lowell Professor in the Departments of Romance Languages and Visual and Environmental Studies, also sees parallels between today’s discussions of immigration and global migration and the film’s running commentary on documentation, as characters fleeing the war resort to desperate measures to secure the necessary paperwork.

“Michel Foucault said that any given society has to work on illegalism,” said Conley, who is teaching a graduate proseminar on film, media studies, and history this semester. “Illegalism is, in effect, essential to the operation of a body politic, and as we shift political regimes, illegalisms change.”

He pointed out the film’s classic line — “Round up the usual suspects” — noting how the existence of an outside, extraneous class serves the purpose of those in power. “That benefits the society,” he noted. “It functions on illegality.”

In other ways as well, the unsettled world depicted in “Casablanca” is relevant today. “The pandemic is a sign of the fragility of the world in which we live,” said Conley. The themes of “Casablanca” resonate today, he said, because “we are at war.”

For Guest, even the politics of “Casablanca” have a rosy glow. “In terms of its political relevancy, I think it offers a kind of romantic escape,” said Guest. He pointed to “this idea of American exceptionalism that we look back to: World War II, where there seemingly was a clear cut, tried-and-true hero.” A film like “Casablanca” “provides us with a kind of comfort blanket for thinking about American exceptionalism.”

Looking past its message, Guest still views it as a great movie — and a perfect way to celebrate Valentine’s Day. “It really is quite extraordinary,” he said. “It holds up, and as time goes by, its singularity and its exemplarity as part of the larger studio system continue to shine.”

Admission is available on the Brattle Theatre website. A $12 ticket buys the right to view the film for 48 hours within the weekend.