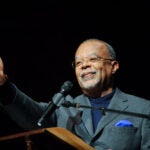 Gates recognized for his scholarship in the humanities

At a Meeting of the Faculty of Arts and Sciences on Feb. 2, 2021, the following tribute to the life and service of the late Martin L. Weitzman, was placed upon the permanent records of the Faculty.

Martin Lawrence Weitzman was born in New York City. His mother died in his infancy and his father was unable or unwilling to look after him after returning from military service in World War II. Weitzman was placed in foster care and was not adopted until several years later. Despite these challenges, he emerged early as a brilliant scholar and was valedictorian at his Levittown, N.Y., high school. He received his B.A. in mathematics and physics from Swarthmore College in 1963 and his M.S. in statistics and operations research from Stanford University in 1964. Just three years later, he earned a Ph.D. in economics from MIT. From 1967 to 1972, he taught economics at Yale University, moving to MIT in 1972 and to Harvard in 1989, where he was professor of economics until 2018, when he became an Emeritus and research professor.

Weitzman was a treasure for Harvard, economists around the world, and the global intellectual community for his many unparalleled research and policy contributions as a broad-ranging economic theorist and, especially, an environmental economist. If economic theory sharpens our understanding of an issue by stripping it down to its essentials, then Weitzman was a master theorist. He repeatedly used rigorous analysis of artfully constructed theoretical models to provide valuable and often surprising insights into difficult economic problems with significant public policy design implications. His writings were works of art as well as science.

Weitzman began his research career in a field that has all but disappeared — comparative economic systems — studying centrally planned economies. He spent time in the Soviet Union and wrote papers such as “The New Soviet Incentive Model” and “Iterative Multi-Level Planning with Production Targets.” A remarkable product of this interest was his classic “Prices vs. Quantities” (1974). The paper and subsequent literature evolved from examining whether prices or production quotas would lead to more efficient outcomes in a centrally planned economy with uncertainty about production costs to addressing whether a price or a quantity instrument would be more efficient for environmental regulation. The paper developed the simple, powerful principle that — with uncertainty — the expected relative efficiency of policy instruments based on prices (e.g., a pollution tax) versus based on quantities (e.g., a cap-and-trade system) depends on the relative slopes of the expected marginal benefit and marginal cost functions. It stimulated a massive literature and remains one of the most frequently cited articles in environmental economics. Even now, it is central to comparisons between carbon taxes and carbon cap-and-trade systems to mitigate climate change.

Before turning with passion and energy in the 1990s to environmental and natural resource problems Weitzman worked on a variety of other topics. His argument in “The Share Economy” (1984) that an economy could be protected from the dual threats of unemployment and inflation if companies paid workers a share of profit rather than a fixed wage received national attention. He also made significant contributions to the theories of species diversity, optimal search, and innovation.

In the 1990s, Weitzman became interested in long-term discounting, a central economic issue in climate change policy. Given the long time horizons in climate change, analysis of the expected net present value of alternative policies can be dominated by the choice of discount rate, which — with conventional exponential (i.e., constant) discounting — will greatly diminish the relative importance of phenomena that are decades or longer in the future. Through careful theoretical analysis, he concluded that, rather than constant discounting, a rate that itself is diminishing over time is appropriate so that benefits and costs in the near future are subject to a typical rate while those further in the future are discounted at a much lower rate.

Weitzman next turned his attention to green national accounting. Environmental economists have long recognized that conventional measures of economic growth (e.g., gross domestic product) measure welfare incompletely since they do not account for externalities (among other non-market economic phenomena). In 1999, the National Research Council published “Nature’s Numbers: Expanding the National Economic Accounts to Include the Environment,” produced in part by a committee chaired by William Nordhaus and including Weitzman. That report led to several of his subsequent scholarly contributions.

Most recently, Weitzman developed a theory of how positive biophysical feedback loops can lead to uncertainty about the damages of climate change corresponding to a probability distribution with fat tails (e.g., a Pareto distribution) rather than a conventional Gaussian (normal) distribution. It implies that greater weight should be given to catastrophic (but relatively small probability) outcomes. His work in this area provides a powerful argument for the urgent tackling of climate change and has been at the forefront of the policy debate on global warming.

Weitzman was a stimulating colleague with a refreshingly contrarian attitude, taking (often vehement) positions on issues that no one else had considered. He was always willing to talk at length with colleagues and students and showed particular interest in students’ work. The range of his attainments often took one by surprise. He was very knowledgeable about many areas, including history and politics, and did not advertise, for example, that he was fluent, mostly self-taught, in Russian.

Weitzman was married twice, first to Dorothy Earley, with whom he had a daughter, Rodica, and then to Jennifer Baverstam. He met Jennifer, a translator and musician with four also exceptionally musical children, in 2008 and they were married in 2013. The Baverstam family reignited his musical interest and encouraged him to take up the recorder again. He got great pleasure from the concerts Jennifer organized at their Newton home and from many happy summers spent together at the island house in Gloucester that he had transformed, over many years, from a shack into a beautiful residence.

In his last few months, Weitzman began to feel that his mental acuity was deserting him. It seems likely that this situation, which he could not bear easily, is why he took his own life on August 27, 2019.