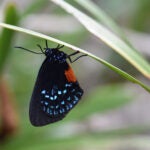 Unlocking the colors of insect vision

Two numbers may frame the future of the world’s climate: 51 billion and zero. Microsoft co-founder and philanthropist Bill Gates stressed both figures during an online Harvard Science Book Talk.

Fifty-one billion tons of greenhouse gases are released into the atmosphere each year. Zero is the number the planet needs to reach by the year 2050 to avoid worldwide climate catastrophe, Gates told viewers on Monday night.

“There are points at which when the corals die off, they never come back,” Gates said. “This is acidifying the ocean, and all the aqua ecosystems die off as that acid level goes up. As forests dry out, they are subject to both fires and infestations that kill all the trees, so you get a lot less trees. As the sea level goes up, the beaches go away.”

Near the Equator, that means rising temperatures would cause more extreme heat events where people eventually can’t go outside and can’t farm. That would create millions of climate refugees, Gates said.

Without changes in global practices, “It’s going to be essentially unlivable at the Equator by the end of the century… [leading to] the instability of hundreds of millions of people trying to get out of those regions where a lot of the world’s population is, and particularly the poorest in the world,” he said.

Gates offered the warning as part of remarks sponsored by the Harvard Division of Science, the Cabot Science Library, and the Harvard Book Store. At the moderated event, he outlined some of the arguments in his new book, “How to Avoid a Climate Disaster: The Solutions We Have and the Breakthroughs We Need.”

Gates, the world’s third-richest person, has spent more than a decade investigating the causes and effects of climate change, working with experts in a range of fields and investing in innovations to address the concern in his new book, he shares what he has learned in an accessible way. He proposes immediate actions over the next decade and beyond to build or scale the tools and solutions needed to combat climate change and eliminate greenhouse gas emissions.

The talk was moderated by Savannah Guthrie, co-anchor of “Today” and NBC News chief legal correspondent.

At the start of the talk, she asked Gates to stress why the world needs to reach net-zero greenhouse gas emissions by 2050.

“The reason the goal should be zero is that when you put CO2 [carbon dioxide] up into the atmosphere, it stays there for thousands of years, so it’s the sum of all the CO2 you’ve put up for all the time since the Industrial Age. That determines how much we push the temperature up,” Gates said. “Pushing the temperature up is what creates those hurricanes, dries things out, actually creates floods. Surprisingly, it allows cold air from up in the north to come down into the United States, like we’ve seen last week all the way down to Texas.”

The CO2 accumulates like water in a bathtub that’s already almost full, he said. When it hits a certain level, it overflows and, in the case of climate, it tips.

“You have to act now, decades in advance, to avoid getting to these really extreme outcomes,” Gates said.

His plan doesn’t just call for the usual prescription of solutions, like solar panel technology or electric vehicles. He advocates for massive change in major areas such as agriculture, the heating and cooling of buildings, and manufacturing. For example, he said, for every ton of cement manufactured, a ton of carbon is released into the air.

“They’ve got a long way to go to figure out some way to do that, that doesn’t have that problem,” Gates said.

Ever the technologist, Gates’ plan relies heavily on innovation, like artificial meat to help cut methane emissions from cows. He explained that he still maintains some basic optimism about climate change, which comes from his belief in the power of human innovation.

He pointed out that rich countries such as the United States have a responsibility to help drive down the costs of green energy.

“It’s not just about getting rid of our emissions, where we might pay lots of money to do it,” Gates said. “If we don’t help these other countries through our innovation to reduce the cost, they won’t comply.”

Gates was open about his own carbon footprint and what he’s doing to reduce it.

During the question-and-answer portion of the event, Gates fielded queries ranging from his thoughts on national carbon taxes to what today’s CEOs should be doing to address the problem. One 15-year-old audience member wondered what tangible things she could do. 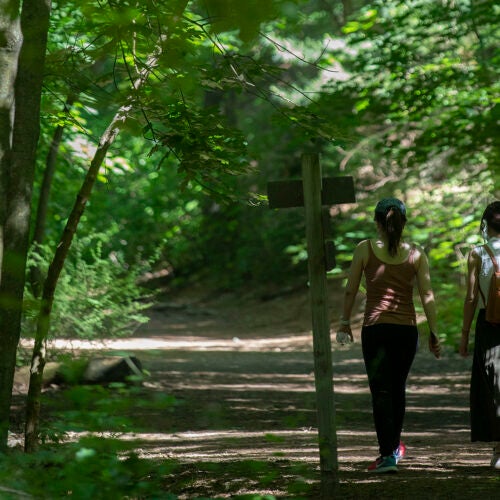 Investing in a sustainable future

He suggested looking closer at what products her family buys at the supermarket (emphasizing green products), looking at where her parents work and seeing if the employees are active about the organization investing in reducing its carbon footprint, and getting her friends to become passionate about the subject, too.

“Take your friends, particularly, if you know they are of a different [political] party and try to draw them in in a friendly way,” Gates said. “We don’t want this to be a confrontation because that whole generation is going to have to deepen their commitment to this and resolve that it’s always a top priority for them in order for us to have a chance of success.”

Throughout the evening, Gates stressed the importance and difficulty of combating climate change, but framed the concern clearly in a prerecorded video that opened the event.

“Avoiding a climate disaster will be one of the greatest challenges humans have ever taken on — greater than landing on the moon, greater than eradicating smallpox, even greater than putting a computer on every desk.”