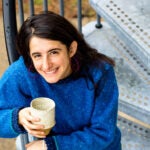 How creative communities thrive in Allston-Brighton

Campus will support and advance Harvard’s mission of research, teaching, and learning

Metro-Boston’s world-renowned hospitals, dense cluster of life-science and tech companies, dozens of institutions of higher education, and high concentration of researchers collectively mark it as one of the most innovative regions in the world. Harvard University’s planned Enterprise Research Campus (ERC) in Allston will strengthen that designation, drawing more opportunity for entrepreneurship and discovery to this ecosystem.

The idea of an innovation district was first floated by Harvard as early as 2011, and over the following years was explored and refined even further. The ensuing plans and vision call for an ERC that will support and advance Harvard’s mission of research, teaching, and learning as a center for innovation, discovery, and entrepreneurship. The ERC’s proximity to Harvard’s campus, neighboring higher education research institutions, and Boston’s world-leading hospitals and innovation centers will strengthen the entire region in transformative and exciting ways and will enhance the potential for collaboration across sectors and throughout the region.

Plans for the initial phase of development for the ERC, set to be located adjacent to the new Harvard John A. Paulson School of Engineering and Applied Sciences and across the street from Harvard Business School, continue to take shape as Tishman Speyer, the ERC’s Phase A designated developer, recently filed its Project Notification Form, or PNF, with the Boston Planning & Development Agency (BPDA). This step continues the formal public regulatory project review process and will take shape in concert with community feedback.

Tishman Speyer’s plans call for transforming an underutilized site into a vibrant, inclusive, mixed-use neighborhood that will complement the surrounding area. The project will include an expansion of the public open space to create “an intimate, porous urban environment that welcomes pedestrians, and contains programmed greenspaces, landscaped plazas, and dynamic public art installations.”

“It’s exciting to think about everything the ERC will contribute to Greater Boston in terms of research, scholarship, and innovation,” said Harvard President Larry Bacow. “Together with the Science and Engineering Complex, Harvard Business School, and the terrific innovation and arts corridor along Western Avenue, it will help to strengthen partnerships between and among research universities, teaching hospitals, and pioneering companies. Our region — and its growing innovation ecosystem — will undoubtedly benefit in extraordinary ways.”

While no commercial tenants have been preselected for the ERC, the Harvard Allston Land Company (HALC), which is tasked with overseeing the ERC’s development, hopes to welcome entities that have research and intellectual intensity, including a range of research-oriented companies, social ventures, businesses, and startups that will all contribute to an already-active neighborhood.

“This is an important next step in realizing Harvard’s vision for the ERC. We look forward to continuing to work with Tishman Speyer, the commonwealth, the BPDA, the University community, the Harvard Allston Task Force, elected officials, and the neighborhood in the coming weeks and months to advance this exciting project,” said Nitin Nohria, chair of the governing board of HALC, and former dean of the Harvard Business School. “Harvard’s Enterprise Research Campus will complement the cutting-edge research already taking place across the University and campus and throughout the region. It will also contribute to a thriving neighborhood that offers engaging public and community spaces, and brings together teaching and learning, and the arts and sciences in ways that drive economic growth and innovation.”

Tishman Speyer’s plans call for 900,000 square feet of built spaces for research, as well as offices, a hotel, retail, restaurants, a conference center, and a variety of rental housing options with an enhanced affordability component that will exceed the City of Boston’s required 13 percent. It also includes more than two acres of publicly accessible open space. The new filing is largely consistent with initial ERC approvals granted by the BPDA following a public planning and review process in 2017 and 2018.

Tishman Speyer says the project will support both Harvard’s and the City of Boston’s goals for a sustainable future through the development of energy-efficient, environmentally friendly buildings, and low-carbon construction methods that will be resilient in the face of climate change. Tishman Speyer also says that it shares the same commitment as the University in seeking to be fossil-fuel-neutral by 2026, and fossil-fuel-free by 2050, and that the project will exceed the City of Boston’s Green Building requirements.

In the PNF, Tishman Speyer reiterated its dedication to diversity, equity, and inclusion across the entire development. Tishman Speyer says it’s targeting 5 percent of the project’s ownership for minority investors and is committing to maintaining diversity and inclusion in all aspects of development. It’s also planning for a portion of the site’s retail to be reserved for local, small, and/or minority- and women-owned businesses.

“Our goal is to create a collaborative environment where discoveries can be made, businesses thrive, and people come and enjoy themselves outside of work. We see this as a once-in-a-lifetime opportunity to embrace and enhance Allston’s already vibrant and growing community,” said Tishman Speyer CEO and President Rob Speyer.

The development will be the first step toward transforming a large parcel of formerly industrial and inaccessible land into a welcoming and active node in the Western Avenue corridor, including the introduction of new streets, utility and resilient infrastructure, and an accessible public realm. Transportation improvements throughout the project have been designed to accommodate pedestrian, bicycle, and vehicular traffic. Wide sidewalks, separate bicycle lanes, and a multimodal path through the Greenway are all part of the proposed plans.

Tishman Speyer estimates that the project will create more than 2,500 permanent jobs across the wide array of industries, as well as approximately 2,000 construction jobs in a variety of trades. The project will generate millions in new real estate tax revenues for the City of Boston, and significant sales and business tax revenue for the commonwealth.

Tishman Speyer also gave an early preview of a contemplated future phase of development immediately adjacent to their active proposal, abutting Western Avenue. The developer said conceptual plans for a “Phase B” include the development of an additional 4.5 acres within the 2018 approved planned development area. That second phase would be a seamless expansion of the first and is currently envisioned to contain an additional acre of public open space, complementing approximately one million square feet of development that includes additional residential units and lab/office space.

Tishman Speyer indicated that it included initial, conceptual plans for subsequent phases in the PNF because it recognizes that understanding the integration of the current proposal and Phase B provides important context. Formal plans for subsequent phases will be introduced and submitted at a later date. Similar to the proposal that is captured in the current PNF, all future plans will be required to proceed through the standard regulatory and public review process, consistent with all commercial development proposals in the City of Boston. Tishman Speyer continues to engage with the community and local elected officials.

“Tishman Speyer’s plans are an important step in the realization of the University’s vision,” said Katie Lapp, Harvard’s executive vice president, and member of the HALC board. “In the next five to 10 years, you’ll see the thoughtful, strategic vision and planning that Harvard outlined years ago coming to fruition. You’ll see a vibrant, enlivened area which had been an industrial area. You’ll see a bustling place where people want to live, work, and play. What’s happening in Allston will no doubt be an extraordinarily exciting contribution that benefits the entire region.”