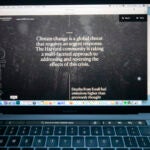 Welcome to the new Harvard.edu

Bernard Lown, a beloved emeritus faculty member and mentor at Harvard T.H. Chan School of Public Health, died on Feb. 16 at his home in Chestnut Hill, Mass. He was 99.

Lown’s was a life devoted to the health and well-being of people around the world, from his innovative work in the field of cardiology to his tireless advocacy against the catastrophic threat of nuclear war. He retired from Harvard Chan School in 2000 as a professor of cardiology emeritus, but remained a vital part of the life of the School through the training program established in his name.

Lown had a sense of moral urgency to remedy the world’s wrongs since he left Lithuania at age 14 with his Jewish family to avoid Nazi persecution. It informed his work as a cardiologist, which focused on preventing sudden cardiac death, one of the most common causes of death in the United States. He pushed the field forward technically — notably by revolutionizing care of patients with heart attack through development of coronary care units, and by developing the direct-current defibrillator and heart-monitored exercise testing — while also exploring the root causes of disease and becoming involved in activism for peace.

Lown earned a bachelor’s degree in zoology from the University of Maine in 1942 and his medical degree from Johns Hopkins University in 1945.

After his medical training, Lown became a physician and researcher at the former Peter Bent Brigham Hospital and Harvard Medical School. He joined Harvard Chan School’s Department of Nutrition in the 1950s, adding his expertise at a time when it was shifting its focus from the health needs of a population under wartime rationing to the role of nutrition in the so-called “diseases of civilization,” including heart disease.

In 1961, as Cold War tensions mounted with the Soviet Union, Lown co-founded Physicians for Social Responsibility to organize U.S. physicians against the threat of nuclear war. He co-founded International Physicians for the Prevention of Nuclear War (IPPNW) in 1980, and accepted a Nobel Prize on behalf of the group with Soviet cardiologist Yevgeny Chazov five years later.

Lown’s development of the direct-current defibrillator, also known as the cardioverter, in 1962 has saved countless lives worldwide. But he also took great pride in establishing moments of human connection with his patients, first at the Brigham, and later at his clinic, the Lown Cardiovascular Center. He eloquently shared his insights in his book, “The Lost Art of Healing,” and with the many young physicians whom he mentored.

In 2008, the Bernard Lown Scholars in Cardiovascular Health Program was established at Harvard Chan School to train scientists and public health professionals from Africa, Asia, and Latin America. For many of the Scholars, the opportunity to meet with Lown was a highlight of their time in the program.

“He was a keen observer and interpreter of human behavior, and had an exceptional ability to uncover the underlying causes of ill health,” said Goodarz Danaei, Bernard Lown Associate Professor of Cardiovascular Health and director of the Lown Scholars program. “Many Scholars shared amazing stories of how he encouraged them to look at public health problems with the same depth and acuity.”

He added, “I hope that we, in the program and in the wider Harvard Chan community, continue walking in his footsteps and ensure that his legacy of respect for human life, passion for serving the underserved, and speaking truth to power remains lively and strong. We are all grateful to him for teaching us how to listen carefully, think deeply, organize effectively, and persevere in the tortuous path to serve those in need.”

Joseph Brain, Cecil K. and Philip Drinker Professor of Environmental Physiology, began a friendship with Lown in the 1960s when his laboratory and medical clinic were at Harvard Chan School. He noted that Lown did not believe that his work on the cardioverter and IPPNW were his most important contributions in cardiology and physician activism.

“As a cardiologist at the Brigham, against the advice of his seniors, he showed that prolonged bed rest was a bad policy after a heart attack,” Brain said. “Get out of bed. Sit in a chair. Take a few steps. As a physician activist he not only anticipated the internet with a satellite to communicate globally, he persuaded the USSR to repurpose a ballistic missile and to launch his device — SatelLife [which provided remote medical training and information to thousands of doctors and health care workers in Africa and Asia]. At our School, the Lown Scholars Program and the Lown Archives will celebrate his life and create paths to pursue the changes for which he has always fought. An extraordinary human being has left us. We miss him.”

Lown and his wife Louise were married for 73 years; she died in 2019. Lown is survived by three children, Anne, Fredric, and Naomi; five grandchildren; and one great-grandchild.

Read more about Lown’s life and legacy in his New York Times obituary.