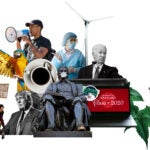 Ezra F. Vogel, Henry Ford II Professor of the Social Sciences Emeritus, died Dec. 20 at Mount Auburn Hospital due to complications from surgery. He was 90.

A remarkable contributor to the study of East Asia, Vogel’s breadth of research covered the entirety of the region, and he brought not only a deep knowledge and understanding of each country, but also of the political, economic, and cultural interconnectedness. He served as the second director of the East Asian Research Center (now the Fairbank Center) from 1973 to 1975 and again from 1995 to 1999.

“It is hard to exaggerate the role played by Ezra in this important chapter of Harvard’s growth. As a leader of various academic centers, he shaped the direction of Harvard research on East Asia and ensured it was firmly grounded in real-world affairs; his own work as a scholar shared this same practical quality, as did his many contributions as a public intellectual and his generous mentorship of generations of students and scholars,” said Mark Elliott, vice provost for international affairs and Mark Schwartz Professor of Chinese and Inner Asian History. “One might well think of him a ‘mover and a shaker,’ but I expect Ezra himself would most want to be remembered as a builder: of ties between people across Harvard and between Harvard and other universities, of connections between the University and the public sector, and of bridges between peoples.”

A son of Jewish immigrants who grew up in the small town of Delaware, Ohio, Vogel graduated from Ohio Wesleyan University in 1950 and received his Ph.D. in sociology from Harvard in 1958. After two years conducting fieldwork in Japan, he joined Yale as an assistant professor in 1960, but returned to Harvard as a postdoctoral fellow in 1961, studying Chinese language and history. He became a professor in 1967.

Vogel visited East Asia every year after 1958 and spent more than six years in the region. In 1987, he spent eight months in China, studying the economic and social progress of Guangdong, a province that had led the country’s efforts to pioneering economic reform after 1978. Vogel returned from his most recent trip to China last January, just as word was first coming out about the COVID-19 pandemic.

“For so many people he was not only a gracious, friendly person, but a model for what a scholar should be.”
— Michael Szonyi, director of the Fairbank Center

His work contributed extensively to building institutions that would support generations of scholars and practitioners with an interest in East Asia. Beyond the Fairbank Center, he served as the second chairman of Harvard’s Council for East Asian Studies (1977-1980) and director of the Undergraduate Concentration in East Asian Studies from its inception in 1972 until 1989. In 1980, he served as the founding director of the Harvard Program on U.S.-Japan Relations at the Weatherhead Center for International Affairs, where he served until 1987, and then as honorary director until his passing.

In 1993 he took a two-year leave of absence from Harvard to serve as a national intelligence officer for East Asia at the National Intelligence Council during the Clinton administration. Upon his return to Harvard, he served at the Fairbank Center and then as the founding director (1997-99) of the Harvard University Asia Center, a space he envisioned as supporting transnational and transregional studies of the Asian continent.

“For so many people he was not only a gracious, friendly person, but a model for what a scholar should be,” Fairbank Center Director Michael Szonyi said. “At a time when scholarship was moving increasingly in a direction of narrow, disciplinary specialization he tried to bring together political scientists, sociologists, historians, even medical anthropologists, and to get us in conversation with each other.” 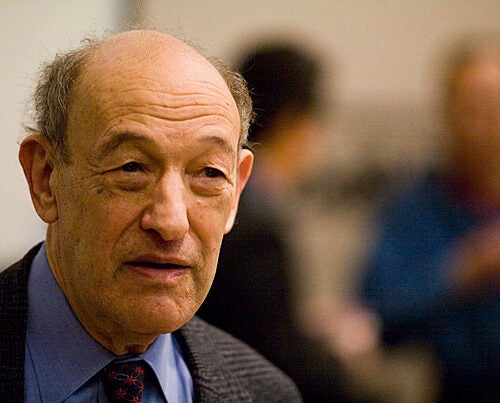 His many books reflect these multifaceted intellectual endeavors and include: “Japan’s New Middle Class,” “Canton Under Communism,” “Japan as Number One: Lessons for America,” “Comeback, Case by Case: Building the Resurgence of American Business,” “One Step Ahead in China: Guangdong Under Reform,” “The Four Little Dragons: The Spread of Industrialization in East Asia,” “Deng Xiaoping and the Transformation of China,” and most recently, “China and Japan: Facing History.” The Japanese edition of “Japan as Number One: Lessons for America” (1979) remains the all-time best-seller in Japan of nonfiction by a Western author.

Ever the optimist, Vogel was an advocate for improving mutual understanding between the U.S. and China. Colleagues and friends remembered him for his kindness, generosity, patience, and devotion to teaching. He always described himself as a student first and a teacher second, and his son Steven, writing in The Japan Times, said that he “will be most remembered for his boundless good cheer and boyish enthusiasm.”

A memorial service will held at an appropriate time in the new year.