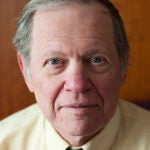 Nonprofit collaborative will settle in at Harvard space in Allston

Harvard has announced that Artisan’s Asylum, a local nonprofit arts collaborative, will begin moving its facilities to Allston-Brighton later this year.

The move sets the stage for a significant long-term partnership between the University and Artisan’s, a nonprofit organization founded in 2010. It will allow Artisan’s, which is currently located in Somerville, to expand its new space and continue to grow its operations.

Plans call for transforming a warehouse at 55 Antwerp St. into a vibrant community center. Another project is planned at 176 Lincoln St., now under development by Berkeley Investments; that project is currently under community review.

“Harvard is thrilled to welcome the Artisan’s Asylum, and its cutting-edge, innovative maker space to the neighborhood. Their plans for the Allston space represent an exciting opportunity to strengthen the region’s creative economy and support community-wide creativity and collaboration,” said Harvard Executive Vice President Katie Lapp. “Artisan’s is a vital community resource that complements and widens our shared goals of nurturing creativity, collaboration, and economic impact.”

“We are delighted to begin our move to Allston-Brighton, and excited to make our new home in a neighborhood that is teeming with artistic innovation, ingenuity, and collaboration,” said Lars Hasselblad Torres, executive director of Artisan’s Asylum.

“All of us are grateful for the ongoing support from Harvard, and we look forward to our continued partnership in the months and years to come,” said Steve Derezinski, the group’s chair. “This is an exciting, transformative time for the organization.”

“An inclusive refuge for teaching, learning, and practice of fabrication,” Artisan’s maintains affordable studios and workspaces for craftspeople in a variety of specialties, including jewelry, 3D printing, woodworking, and robotics. It has more than 160 studios, 15 shops, and access to hundreds of tools, and has developed a range of educational programming for learners of all ages, including classes, featured speakers and special events.

Since its inception, Artisan’s Asylum has placed a heavy emphasis on local entrepreneurship, and has contributed more than $70 million in economic development impact. It leads the nation in development of innovative spaces and programs that support creative expression and entrepreneurship. By exchanging ideas and sharing skills, it has fostered startups such as Atlas Devices, GeoOrbital, 3D Doodler, Unruly Studios, RailState, and Cantux Research, among many others. Over the years its investments have helped create more than 100 jobs and helped contribute to the livelihood of hundreds of independent creatives.

“We are excited to welcome Artisan’s Asylum to Boston and grateful to Harvard for this innovative partnership. We are looking forward to expanding on the work we did together [in 2020] on employment for returning citizens, and look forward to the additional partnerships that will be fostered as a result of this exciting new resource in Allston,” said Boston Mayor Marty Walsh.

Last summer, Harvard welcomed a satellite of Artisan’s to Allston, where its members and volunteers ramped up efforts to create personal protective equipment (PPE) gowns to be used in nonsurgical settings among a variety of users, including dentists, hospitals, and even child-care centers. In doing so, it worked with the Harvard Ed Portal, as well as the cities of Boston, Cambridge, and Somerville, and was able to hire and train new immigrants and formerly incarcerated workers.

Artisan’s plans to expand its programming and benefits in response to local community input. It also plans to work extensively with the community and Berkeley Investments on the intersection of innovation and arts in Allston-Brighton.

“Harvard is committed to ensuring that the arts remain central to the University’s campus in Allston,” said Marika Reuling, managing director of Harvard’s Allston Initiatives team. “One of the University’s top priorities remains continuing to engage in efforts to support the region’s robust artist community and to [continue] to bring a diverse mix of uses in the neighborhood. Through its ongoing support of local artists through programs such as the Allston-Brighton Winter Market, the Western Avenue Arts Walk, and Zone 3’s Pop-Up! Artist Shop, and more recently announced Window Shopping experience, the University is working steadfastly to ensure that the arts continue to thrive throughout the region.”