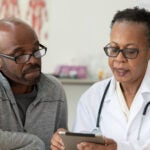 Obesity has been linked to increased risk for over a dozen different types of cancer, as well as worse prognosis and survival. Over the years, scientists have identified obesity-related processes that drive tumor growth, such as metabolic changes and chronic inflammation, but a detailed understanding of the interplay between obesity and cancer has remained elusive.

Now, in a study in mice, Harvard Medical School (HMS) researchers have uncovered a new piece of this puzzle, with surprising implications for cancer immunotherapy: Obesity allows cancer cells to outcompete tumor-killing immune cells in a battle for fuel.

Reporting in Cell on Dec. 9, the research team shows that a high-fat diet reduces the numbers and antitumor activity of CD8+ T cells, a critical type of immune cell, inside tumors. This occurs because cancer cells reprogram their metabolism in response to increased fat availability to better gobble up energy-rich fat molecules, depriving T cells of fuel and accelerating tumor growth.

“Putting the same tumor in obese and nonobese settings reveals that cancer cells rewire their metabolism in response to a high fat diet,” said Marcia Haigis, professor of cell biology in the Blavatnik Institute at HMS and co-senior author of the study. “This finding suggests that a therapy that would potentially work in one setting might not be as effective in another, which needs to be better understood given the obesity epidemic in our society.”

The team found that blocking this fat-related metabolic reprogramming significantly reduced tumor volume in mice on high-fat diets. Because CD8+ T cells are the main weapon used by immunotherapies that activate the immune system against cancer, the study results suggest new strategies for improving such therapies.

“Cancer immunotherapies are making an enormous impact on patients’ lives, but they do not benefit everyone,” said co-senior author Arlene Sharpe, the HMS George Fabyan Professor of Comparative Pathology and chair of the Department of Immunology in the Blavatnik Institute.

“We now know there is a metabolic tug-of-war between T cells and tumor cells that changes with obesity,” Sharpe said. “Our study provides a roadmap to explore this interplay, which can help us to start thinking about cancer immunotherapies and combination therapies in new ways.”

Haigis, Sharpe and colleagues investigated the effects of obesity on mouse models of different types of cancer, including colorectal, breast, melanoma and lung. Led by study co-first authors Alison Ringel and Jefte Drijvers, the team gave mice normal or high-fat diets, the latter leading to increased body weight and other obesity-related changes. They then looked at different cell types and molecules inside and around tumors, together called the tumor microenvironment.

The researchers found that tumors grew much more rapidly in animals on high-fat diets compared to those on normal diets. But this occurred only in cancer types that are immunogenic, which can contain high numbers of immune cells; are more easily recognized by the immune system; and are more likely to provoke an immune response.

Experiments revealed that diet-related differences in tumor growth depended specifically on the activity of CD8+ T cells, immune cells that can target and kill cancer cells. Diet did not affect tumor growth rate if CD8+ T cells were eliminated experimentally in mice.

Strikingly, high-fat diets reduced the presence of CD8+ T cells in the tumor microenvironment, but not elsewhere in the body. Those remaining in the tumor were less robust — they divided more slowly and had markers of decreased activity. But when these cells were isolated and grown in a lab, they had normal activity, suggesting something in the tumor impaired these cells’ function.

The team also encountered an apparent paradox. In obese animals, the tumor microenvironment was depleted of key free fatty acids, a major cellular fuel source, even though the rest of the body was enriched in fats, as expected in obesity.

These clues pushed the researchers to craft a comprehensive atlas of the metabolic profiles of different cell types in tumors under normal and high-fat diet conditions.

The analyses revealed that cancer cells adapted in response to changes in fat availability. Under a high-fat diet, cancer cells were able to reprogram their metabolism to increase fat uptake and utilization, while CD8+ T cells did not. This ultimately depleted the tumor microenvironment of certain fatty acids, leaving T cells starved for this essential fuel.

“The paradoxical depletion of fatty acids was one of the most surprising findings of this study. It really blew us away and it was the launch pad for our analyses,” said Ringel, a postdoctoral fellow in the Haigis lab. “That obesity and whole-body metabolism can change how different cells in tumors utilize fuel was an exciting discovery, and our metabolic atlas now allows us to dissect and better understand these processes.”

Of particular interest was PHD3, a protein that in normal cells has been shown to act as a brake on excessive fat metabolism. Cancer cells in an obese environment had significantly lower expression of PHD3 compared to in a normal environment. When the researchers forced tumor cells to overexpress PHD, they found that this diminished a tumor’s ability to take up fat in obese mice. It also restored the availability of key free fatty acids in the tumor microenvironment.

“CD8+ T cells are the central focus of many promising precision cancer therapies, including vaccines and cell therapies such as CAR-T,” Sharpe said. “These approaches need T cells to have sufficient energy to kill cancer cells, but at the same time we don’t want tumors to have fuel to grow. We now have amazingly comprehensive data for studying this dynamic and determining mechanisms that prevent T cells from functioning as they should.”

More broadly, the results serve as a foundation for efforts to better understand how obesity affects cancer and the impact of patient metabolism on therapeutic outcomes, the authors said. While it’s too early to tell if PHD3 is the best therapeutic target, the findings open the door for new strategies to combat cancer through its metabolic vulnerabilities, they said.

“We’re interested in identifying pathways that we could use as potential targets to prevent cancer growth and to increase immune antitumor function,” Haigis said. “Our study provides a high-resolution metabolic atlas to mine for insights into obesity, tumor immunity and the crosstalk and competition between immune and tumor cells. There are likely many other cell types involved and many more pathways to be explored.” 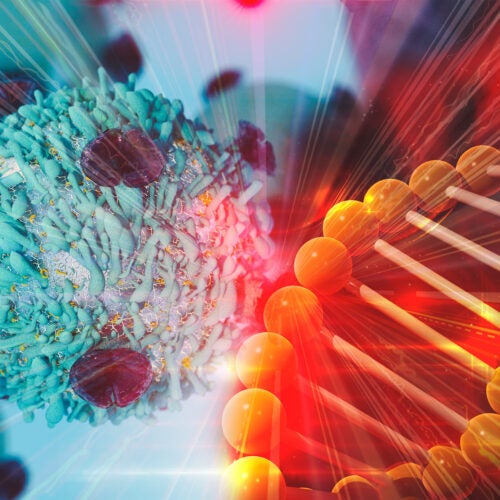 This study was supported by the National Cancer Institute and National Institute of Diabetes and Digestive and Kidney Diseases of the National Institutes of Health (grants U54-CA225088, R01CA213062, R01DK103295, P01AI56299, 5F31CA224601 and T32CA207021), the Ludwig Center at Harvard Medical School, the Evergrande Center for Immunologic Disease, the Glenn Foundation for Medical Research and the American Cancer Society.