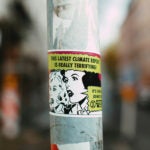 On a late summer day in 1953, a young man who would soon be known as patient H.M. underwent experimental surgery. In an attempt to treat his debilitating seizures, a surgeon removed portions of his brain, including part of a structure called the hippocampus. The seizures stopped.

Unfortunately, for patient H.M., so too did time. When he woke up after surgery, he could no longer form new long-term memories, despite retaining normal cognitive abilities, language and short-term working memory. Patient H.M.’s condition ultimately revealed that the brain’s ability to create long-term memories is a distinct process that depends on the hippocampus.

Scientists had discovered where memories are made. But how they are made remained unknown.

Now, neuroscientists at Harvard Medical School (HMS) have taken a decisive step in the quest to understand the biology of long-term memory and find ways to intervene when memory deficits occur with age or disease.

Reporting in Nature on Dec. 9, they describe a newly identified mechanism that neurons in the adult mouse hippocampus use to regulate signals they receive from other neurons, in a process that appears critical for memory consolidation and recall.

The study was led by Lynn Yap, HMS graduate student in neurobiology, and Michael Greenberg, chair of neurobiology in the Blavatnik Institute at HMS.

“If we can better understand this process, we will have new handles on memory and how to intervene when things go wrong, …”
— Michael Greenberg, Blavatnik Institute at HMS

“Memory is essential to all aspects of human existence. The question of how we encode memories that last a lifetime is a fundamental one, and our study gets to the very heart of this phenomenon,” said Greenberg, the HMS Nathan Marsh Pusey Professor of Neurobiology and study corresponding author.

The researchers observed that new experiences activate sparse populations of neurons in the hippocampus that express two genes, Fos and Scg2. These genes allow neurons to fine-tune inputs from so-called inhibitory interneurons, cells that dampen neuronal excitation. In this way, small groups of disparate neurons may form persistent networks with coordinated activity in response to an experience.

“This mechanism likely allows neurons to better talk to each other so that the next time a memory needs to be recalled, the neurons fire more synchronously,” Yap said. “We think coincident activation of this Fos-mediated circuit is potentially a necessary feature for memory consolidation, for example, during sleep, and also memory recall in the brain.”

In order to form memories, the brain must somehow wire an experience into neurons so that when these neurons are reactivated, the initial experience can be recalled. In their study, Greenberg, Yap and team set out to explore this process by looking at the gene Fos.

First described in neuronal cells by Greenberg and colleagues in 1986, Fos is expressed within minutes after a neuron is activated. Scientists have taken advantage of this property, using Fos as a marker of recent neuronal activity to identify brain cells that regulate thirst, torpor, and many other behaviors.

Scientists hypothesized that Fos might play a critical role in learning and memory, but for decades, the precise function of the gene has remained a mystery.

To investigate, the researchers exposed mice to new environments and looked at pyramidal neurons, the principal cells of the hippocampus. They found that relatively sparse populations of neurons expressed Fos after exposure to a new experience. Next, they prevented these neurons from expressing Fos, using a virus-based tool delivered to a specific area of the hippocampus, which left other cells unaffected.

Mice that had Fos blocked in this manner showed significant memory deficits when assessed in a maze that required them to recall spatial details, indicating that the gene plays a critical role in memory formation.

The researchers studied the differences between neurons that expressed Fos and those that did not. Using optogenetics to turn inputs from different nearby neurons on or off, they discovered that the activity of Fos-expressing neurons was most strongly affected by two types of interneurons.

Neurons expressing Fos were found to receive increased activity-dampening, or inhibitory, signals from one distinct type of interneuron and decreased inhibitory signals from another type. These signaling patterns disappeared in neurons with blocked Fos expression.

“What’s critical about these interneurons is that they can regulate when and how much individual Fos-activated neurons fire, and also when they fire relative to other neurons in the circuit,” Yap said. “We think that at long last we have a handle on how Fos may in fact support memory processes, specifically by orchestrating this type of circuit plasticity in the hippocampus.”

The researchers further probed the function of Fos, which codes for a transcription factor protein that regulates other genes. They used single-cell sequencing and additional genomic screens to identify genes activated by Fos and found that one gene in particular, Scg2, played a critical role in regulating inhibitory signals.

In mice with experimentally silenced Scg2, Fos-activated neurons in the hippocampus displayed a defect in signaling from both types of interneurons. These mice also had defects in theta and gamma rhythms, brain properties thought to be critical features of learning and memory.

Previous studies had shown that Scg2 codes for a neuropeptide protein that can be cleaved into four distinct forms, which are then secreted. In the current study, Yap and colleagues discovered that neurons appear to use these neuropeptides to fine-tune inputs they receive from interneurons.

Together, the team’s experiments suggest that after a new experience, a small group of neurons simultaneously express Fos, activating Scg2 and its derived neuropeptides, in order to establish a coordinated network with its activity regulated by interneurons.

“When neurons are activated in the hippocampus after a new experience, they aren’t necessarily linked together in any particular way in advance,” Greenberg said. “But interneurons have very broad axonal arbors, meaning they can connect with and signal to many cells at once. This may be how a sparse group of neurons can be linked together to ultimately encode a memory.”

The study findings represent a possible molecular- and circuit-level mechanism for long-term memory. They shed new light on the fundamental biology of memory formation and have broad implications for diseases of memory dysfunction.

The researchers note, however, that while the results are an important step in our understanding of the inner workings of memory, numerous unanswered questions about the newly identified mechanisms remain.

“We’re not quite at the answer yet, but we can now see many of the next steps that need to be taken,” Greenberg said. “If we can better understand this process, we will have new handles on memory and how to intervene when things go wrong, whether in age-related memory loss or neurodegenerative disorders such as Alzheimer’s disease.”

The findings also represent the culmination of decades of research, even as they open new avenues of study that will likely take decades more to explore, Greenberg added.

“I arrived at Harvard in 1986, just as my paper describing the discovery that neuronal activity can turn on genes was published,” he said. “Since that time, I’ve been imagining the day when we would figure out how genes like Fos might contribute to long-term memory.”