Have yourself a happy, healthy pandemic Thanksgiving 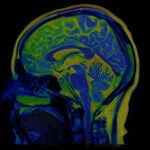 Do something positive and connect with distant (and ‘distanced’) loved ones

This Thanksgiving, it may be better to forget about even trying to pretend things are normal.

Instead, Karestan Koenen suggested acknowledging up-front that it will be different, difficult even. Family traditions will be disrupted, gatherings — when they occur at all — will be smaller and stranger, possibly in chilly November backyards, masked and a little awkward among those you know best. If there are empty seats at the table, the Harvard psychiatric epidemiologist said it’s important to communally remember loved ones lost during this COVID year.

Koenen, a professor of psychiatric epidemiology at the Harvard T.H. Chan School of Public Health, addressed the upcoming holiday as well as the broader issue of mental health in the pandemic’s autumn and winter depths during a Facebook Live event Tuesday. Sponsored by The Forum at Harvard T.H. Chan School of Public Health and PRI’s” The World,” the event featured moderator Elana Gordon and viewers online asking Koenen questions about COVID-19’s mental health toll.

Koenen suggested trying to find ways to make this Thanksgiving something positive. Reach out to family members you might normally be sharing the day with via phone, videoconference, or even an online game. Plan an activity to give the day meaning, even if it is different from your annual rite. Koenen, for example, is foregoing what has been her family’s big yearly gathering but is considering alternatives like delivering meals to those less fortunate.

“[I’ve been] thinking about ways that I can give back, that might make me feel better and actually be helpful,” Koenen said. “And at the same time just recognizing that it’s going to be hard and that’s OK and thinking about creative ways that you can still do things that you used to enjoy.”

“The 1918 pandemic was horrible, and it ended. … There will be an end. We will not be in this forever, keep our eye on that.”
— Karestan Koenen, psychiatric epidemiologist

Americans are dealing not only with the coronavirus’ threat to their health, but also bereavement from lost family members and friends. Distancing and other public health measures have disrupted daily lives, millions are out of work, and the early government stimulus is running out.

There’s also been a summer of social unrest around racial-justice issues and one of the most bitterly contested presidential elections in memory. Despite all of that, she said, there’s been little support for mental health care from federal and state governments, even though there’s demonstrable need. Koenen said more Americans are reporting feeling depressed and anxious — an August survey by the CDC showed 40 percent of respondents suffering mental health impacts — and increasing numbers having seriously considered suicide.

Most of the response to this dimension of the crisis has been at the grassroots level, leaving clinics at maximum capacity and waitlists long. On the positive side, insurers have approved telehealth visits for therapy for the first time, helping providers reach patients reluctant to come to the office, and the market has created an array of interventions in the form of smartphone apps for things like mindfulness and yoga.

Ironically, Koenen said, if state and federal lawmakers are looking for the best intervention, it wouldn’t be targeted mental health legislation but rather another shot of economic stimulus. That’s because two of the biggest stressors in life are losing a job and the roof over one’s head. Providing assurance that won’t happen, she said, would go a long way toward easing the pressure on Americans. 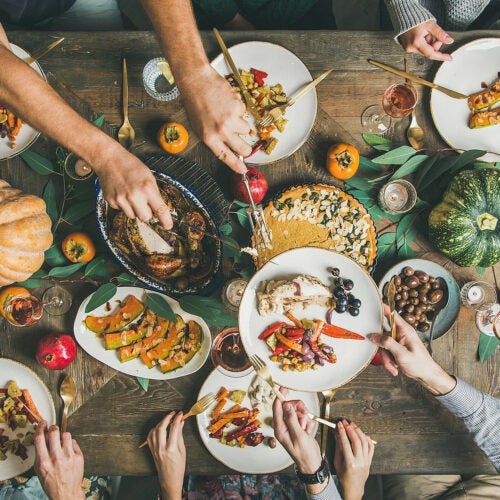 Keeping safe from pandemic during the holidays

Epidemiologist offers tips for family gatherings at Thanksgiving and in December 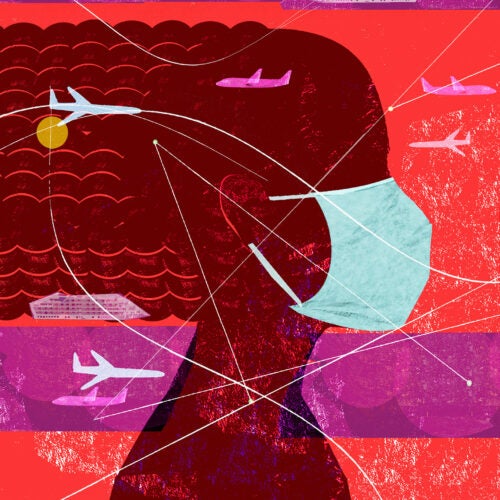 You can have outdoor fun in the COVID era, Chan School expert says, but keep your distance 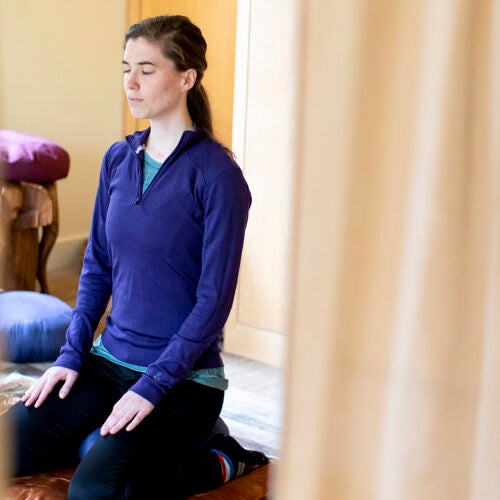 Bringing (virtual) normalcy to the community

Efforts across the University aim to reassure, entertain, connect

On a personal level, Koenen said it’s important to understand that you have tools at your disposal to salve your own mental health. Acknowledge emotions and take care of the body with exercise and diet. Taking a short walk can help ease stress and boost health, while some might also consider taking a breather from society’s constant, aggravating drumbeat: Koenen takes breaks from the news and recently deleted Twitter from her phone. For those feeling exhausted and listless, she suggested thinking of things that made you feel better in the past and trying those.

Despite the dread that the coming cold, dark months may instill, Koenen said to keep reasons for optimism in mind. We know a lot more about the virus than we did during the spring surge; we know how to prevent its spread — even if we don’t always take that advice. We know a lot more about treating it and have more tools at our disposal to do so, with new treatments on the way. In addition, she said, surveys of health care workers show lower levels of negative mental health outcomes than expected at this point in the pandemic.

“We’ve been amazed, actually, at how resilient the providers are,” Koenen said.

In addition, she said, news about vaccines has been positive, highlighting a key lesson from earlier pandemics.

“I try to remind myself that there is a light at the end of the tunnel,” Koenen said. “The 1918 pandemic was horrible, and it ended. … There will be an end. We will not be in this forever, keep our eye on that.”