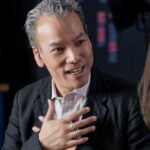 For much of Harvard College’s nearly 400-year history, it was composed of wealthy, white men. Yet from the College’s founding, women and their contributions can be seen in all corners of the institution.

Starting today, a new student-created and -led virtual tour, offered through the Harvard Visitor Center, explores those contributions, and how they helped shape the College into the University it now is.

The tour examines many aspects of the history of women at Harvard. From notable poets such as Anne Dudley Bradstreet and Phillis Wheatley, who influenced Harvard’s students through their creative contributions, to artists such as Sarah Wyman Whitman, who designed various aspects of the campus, to others who donated money, physical material, and even buildings, women’s fingerprints can be found all across the University.

“Some of the most iconic buildings at Harvard were donated by women on behalf of men,” according to the tour. “Due to the societal constructs of their times, one of the only means women could use to care for and enlarge their own status was by supporting the reputations of men.”

One example of this is Sever Hall, designed by H.H. Richardson in 1878 and donated by Anne Sever in honor of her late husband, James Warren Sever, Class of 1817. Another, perhaps more widely known is Widener Library, the oldest library system in the U.S. and the world’s largest academic library. It was donated by Eleanor Elkins Widener in memory of her son Harry Elkins Widener, Class of 1907, who drowned with his father aboard the Titanic.

The tour, which is full of historic anecdotes and modern stories, is the brainchild of Fari Mbaye, Madi Fabber, and Maggie Dawson, manager of the Visitor Center, which organizes and runs the tours.

The juniors worked closely with Dawson when they led historical tours of campus. The tours touched on women’s contributions to the University, but Mbaye, Fabber, and Dawson realized that the sheer magnitude of the women’s work could fill its own specialty tour. They jumped at the chance to create the new tour and share their research with the greater Harvard community and the general public.

“There is just so, so much to talk about regarding women’s contributions, and so many people to learn about. It’s become something that is really near and dear to us, and it’s information that we really wanted to share with everyone else, because it’s a subject that is so often ignored,” said Mbaye.

Women began studying with Harvard professors and working in biology and botany labs on campus as early as the 1820s. But, Mbaye and Fabber explained, they were still denied admission to the College and graduate Schools. By the middle of the 19th century, women could participate in lectures and even take examinations (such as modern-day SATs), but could gain only a certificate if they passed, not admission.

In the late 1800s, small groups of women were offered some Harvard courses taught by Harvard professors. The organization became known as the Harvard Annex, which years later would become Radcliffe College, and would operate separately from Harvard.

The tour relates how some Harvard professors were warned against the “dangers” of teaching at Radcliffe, because its students didn’t offer the “mental resistance” necessary to keep professors’ minds sharp. It also profiles notable female professors in various Schools throughout the University’s history and looks at when, and how, men’s and women’s classrooms integrated, campus spaces such as libraries became co-educational, and most dramatically, dorms began to integrate.

Fabber said she was surprised by the way integration evolved at Harvard. “We always mention it on the historical tour, and the information is always presented as, ‘Oh they switched. They integrated,’” she said. “But then when we started doing research and began writing the women’s tours, I realized just how many accounts there were from these women who were the first to make the switch, and all the harassment they encountered in order to do this, and start this process of merging colleges and creating a more equal playing field. It was very interesting, very eye-opening.”

Mbaye agreed. “In the historical tour, we simply mention that Radcliffe was founded,” she said. “But there is so much more — the process of how it was founded, and the difficulties people faced, and just how difficult it was for women to get an education.”

Just 21 years ago, in 1999, Radcliffe and Harvard College officially merged, and women too were able to graduate with a Harvard College degree. Since that time, Harvard has been steadily expanding gender equity on campus, and working to raise awareness of women’s and gender issues. The tour examines newer courses and concentrations, including the Studies of Women, Gender and Sexuality (WGS).

“Harvard has made large strides,” the tour says, and “while it is important to acknowledge this progress … the University remains committed to addressing issues of gender equity that may persist for its students, faculty and staff — be it in the classroom, on the playing field, or in professional careers.”

In closing, the tour quotes Drew Faust, the founding dean of the Radcliffe Institute for Advanced Study and the first woman president of Harvard, about why it’s important to continue to advance gender equity in education at Harvard, and around the world.

In a speech she gave in 2013, she said, “We educate women, first, because it is fair — a level field as we aspire to include women as full and equal participants in society. We educate women also because it is smart — women are one-half of our human resources, and we increasingly see the beneficial effects of educated women in all realms of life and in all parts of the world. Finally, we educate women because it is transformative. Education doesn’t just boost incomes and economies, it elevates us, defusing differences, opening common ground, and making the most of all our human capacities.”

The tour’s examination of Harvard’s pioneering women, and the steps they took, big and small, reveal remarkable stories about those who paved the way for future generations.

“It has been absolutely remarkable to work with Madi and Fari, and to see the process unfold from start to finish. They both really took the idea and ran with it — together we conducted research, wrote the script, found the amazing historical photos, and put it all together. The results were illuminating, insightful and full of remarkable historical nuggets we can’t wait to share,” said Dawson.

The free virtual tours are offered weekly. To register, please visit https://www.harvard.edu/on-campus/visit-harvard/tours. A preview can be seen here.