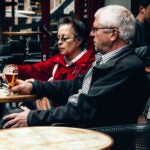 As COVID-19 deaths in the nation top 225,000, President Trump continues to downplay the severity of the pandemic, belittle government infectious disease experts such as Anthony Fauci, and display a cavalier attitude at times toward key public health measures like wearing face masks, despite having contracted the virus himself, along with about two dozen in his inner circle.

Public health officials say that Trump’s attitude undermines their efforts to get Americans to embrace safety guidelines to prevent spread of the disease. “Whether it is his intention or not, the consequence is that he’s undermining scientific authority, trust in science, and trust in scientists,” said K. “Vish” Viswanath, Lee Kum Kee Professor of Health Communication at Harvard T.H. Chan School of Public Health (HSPH). “We know from our data and other data that the greater the trust in scientists and researchers, the greater the likelihood of compliance with public health mitigation measures.”

Trump’s remarks also set Robert Hahn, Ph.D. ’76, to thinking. He’d heard the president blithely suggest disinfectants, UV light, and hydroxychloroquine as potential COVID treatments during White House briefings in April. The veteran Centers for Disease Control (CDC) epidemiologist began wondering how Trump’s many scientifically unsupported pronouncements might be influencing public behavior, particularly with admirers. He was especially intrigued about the wearing of face masks because of how regularly the president questioned their efficacy and mocked those who wore them, despite that both the CDC and World Health Organization have urged their universal use.

“While I know there’s no direct evidence of how many people act in response to his statements, I wanted to try and quantify this,” said Hahn, who published his estimates in a new paper in the International Journal of Health Sciences.

Hahn estimates that as many as 12,000 COVID-related deaths can be attributed to Trump’s negative or false assertions about face masks, but he readily acknowledges that his results hinge on sets of assumptions of how much influence the president’s comments had on mask-wearing behavior.

“Usually you look at what proportion of deaths are due to cigarette smoking or air pollution, not public statements, so that’s why I did this.”
— Robert Hahn, CDC epidemiologist

Using population attributable risk, an epidemiological method that estimates the proportion of an outcome that is attributable to a given cause, Hahn examined reported COVID deaths between April 3, the first date Trump spoke about the CDC’s new mask recommendation (“It’s voluntary. You don’t have to do it”) and July 21, when he momentarily endorsed masks (“I will use it gladly. And I say: If you can, use the mask”) before scorning them again and periodically forgoing them.

Hahn took into account several factors, including rates of rarely or never wearing masks and relative risk of infection of those who do and do not mask up. He then calculated the number of non-mask wearers, along with those whom they infected, who died between April 3 and July 21 as a consequence of the president’s comments.

“If you assume that 25 percent of the people who don’t wear masks are doing so because of Trump’s statements about masks, whether they hear it directly or whether they hear it through the media, then we can calculate that more than 4,200 people have died as a consequence of the president’s statements,” he said. If 50 percent or 75 percent did not wear masks because of Trump, 8,356 or 12,202 of those deaths, respectively, can be attributed to Trump. Hahn said 75 percent is “probably high” while 25 percent is “probably low.”

Hahn cautions his is only a hypothetical estimate that rests on a number of assumptions that are “difficult, if not impossible” to verify, like the proportion of people who rarely or never wear masks solely because of the president’s comments and would otherwise wear them, or who never wear masks for different reasons. 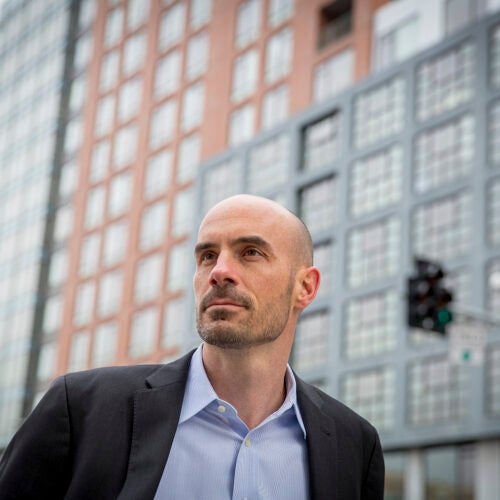 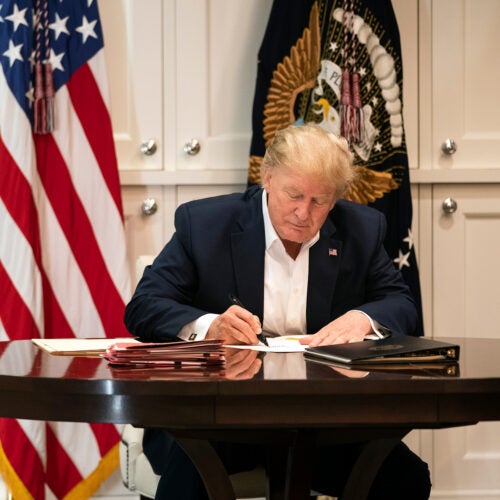 Medical, political analysts ponder Trump’s coronavirus battle, and what it means for the president and the nation 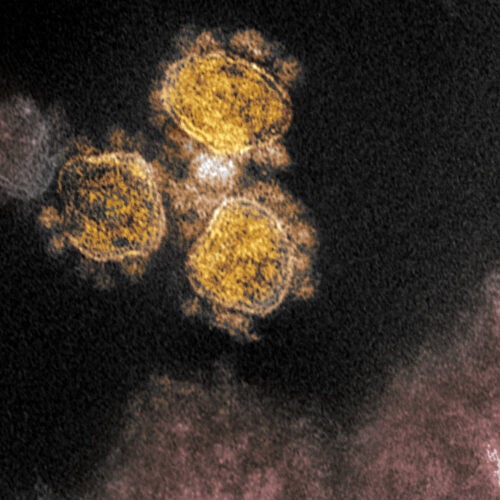 “Causality here is not a billiard ball hitting another billiard ball. It’s a statistical thing. Causality in the same sense that tobacco causes lung cancer,” Hahn explained. But, “If any of those [25, 50, 75 percent] assumptions is correct, yes. Because we know that wearing a mask reduces the likelihood of infection or exposure and we know the proportion of people who die once they’re infected, so yes.”

Trump wields such an unrivaled megaphone to reach the public and is especially good at getting his supporters to follow his advice, Hahn said he thought it was a useful exercise.

“I think it’s important for people to know what the consequences of these messages from authority figures are,” he said. “Usually you look at what proportion of deaths are due to cigarette smoking or air pollution, not public statements, so that’s why I did this.”

Even those public health officials who disagree with his views do not think presidents must take a back seat to the scientists.

“In times of crises, especially public health crises, you want to encourage people to work together in a cooperative way,” said Viswanath. “But he is questioning the advice of his own scientific experts. Nobody is saying science gets it right all the time. Because this is such a new disease, everyone’s learning as we go along and developing the science for it. That calls for even more caution in what you tell people rather than undermining it.”