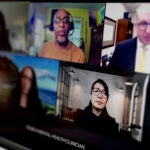 Researchers at Beth Israel Deaconess Medical Center are testing a new approach to fighting COVID-19, using a repurposed antiviral AIDS drug for at-home treatment during the first days of symptoms in hopes of slowing the virus early and heading off hospitalization, intensive care, and death.

The nationwide clinical trial is being led by Nathan Shapiro, professor of emergency medicine at Harvard Medical School and Beth Israel Deaconess Medical Center, along with investigators at Vanderbilt University and the University of Colorado. They are hoping to enroll 600 volunteers with early COVID-19 symptoms for the study to see whether daily doses of Kaletra, a widely used AIDS drug that combines the antiretrovirals lopinavir and ritonavir, can reduce the number of COVID-19 cases that become serious enough to require hospitalization.

“If we can cut down on the progression to severe illness, then it would be a huge game-changer because we would be cutting down on disease. Reducing severity will also cut down on resource utilization, hospitalization, and the subsequent morbidity that happens when you are sick enough to get put on a ventilator or wind up in the ICU [intensive care unit],” Shapiro said.

Because the drug is already being used to fight AIDS around the world, Shapiro said, positive results would mean that there are already stores and a production pipeline so it could be rapidly deployed. The effort is following up on an earlier trial of the drug in China that, while it didn’t show efficacy against the coronavirus at later stages, did provide some indication that it was working. For that trial, Shapiro said, the drug was given to patients around day 13.

“Is this a potential game-changer if we can intervene at this stage of the illness? Without a doubt.”
— Nathan Shapiro

The new trial seeks to begin intervention within the first week after symptoms appear and continue treatment for two weeks in hopes that the drug will keep viral load low enough that patients avoid hospitalization and intensive care.

Shapiro believes that finding an effective way to intervene early in the course of the illness would provide physicians and their patients with a potentially powerful tool. Among the unknowns in evaluating the strategy, he said, is whether reducing viral load will also reduce the virus’ spread, potentially by reducing the amount of virus in the body to be shed to others.

“Is this a potential game-changer if we can intervene at this stage of the illness? Without a doubt,” Shapiro said. “Whether this is the particular drug that will be the game-changer or if it’ll be a different drug, that’s the hypothesis that we’re testing, and we would look to test in sequence: If this drug doesn’t work, we would seek to bring in another.” 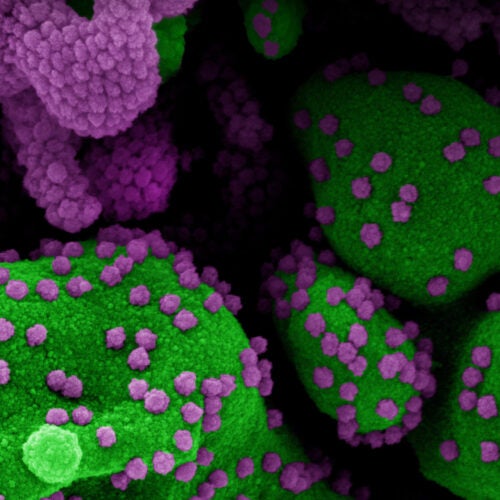 COVID patients may be protected for up to four months, according to study

The trial, called TREAT NOW, for Trial of Early Antiviral Therapies during Non-hospitalized Outpatient Window, is being conducted in an entirely touchless format, Shapiro said. The team informs patients about it via phone or videoconference, and participants give consent electronically, via email or text. The medication is shipped overnight so subjects can begin treatment the next day. Researchers follow up with participants daily, recording symptoms and side effects. Shapiro said researchers will gain a window into the ailment’s progression — including whether symptoms abate earlier than expected.