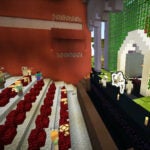 Students make the show go on

In announcing its virtual fall season, the American Repertory Theater (A.R.T.) lists a new series, a musical, and a world premiere among its offerings.

Under the leadership of Paulus and Executive Producer Diane Borger, the fall will include three conversation series: Behind the Scenes, featuring A.R.T. artists making work; Civically Speaking, examining politics, history, and the meaning of democracy; and ‘The Lunch Room,’ A.R.T.’s popular weekly talk show. Later this fall, the A.R.T. will be co-producing the world premiere of a new play in partnership with four theaters across the country.

“We believe in the transformative potential of shared space and shared experience, and we look forward to inviting audiences back into our spaces for ‘1776’ and other future productions when health and safety guidelines allow,” said Paulus. “In the meantime, we are excited about partnering with our audiences in new ways this fall.”

Virtually Oberon events and “Jack and the Beanstalk” will have a suggested ticket price along with a pay-what-you-can option; “The Lunch Room” and virtual events in the Civically Speaking and Behind the Scenes series are free and supported by donations. Tickets can be purchased and registrations secured now for select events at americanrepertorytheater.org; additional shows and events will be available later this fall.

In addition to the virtual programming and events listed below, A.R.T. is centering several ongoing collaborations and partnerships:

For more information, including dates and ticket prices, visit the A.R.T. website.