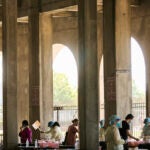 This story is part of a series about the ways in which faculty are innovating and planning for fall classes online.

When Harvard announced teaching would remain online for the upcoming school year because of the coronavirus pandemic, Marianna Katherine Linz quickly decided that if students couldn’t get to the lab, she’d bring the lab to them.

The assistant professor in the Department of Earth and Planetary Sciences ordered the supplies and equipment students would need for the climate and atmospheric physics laboratory she teaches in the fall and created kits she will send to them so they can conduct the experiments at home. That’s just one of the changes she has in the works.

The effort by the second-year faculty member to reimagine her course is one of many taking place across campus as professors prepare for an unprecedented fall semester. Strategies are varied, but all are the result of thoughtful planning revolving around taking a fresh look at fundamental questions: What are the most important things we want students to take away from this course, and what’s the best way to make sure that happens remotely?

Besides creating the kits, Linz broke her once-a-week, three-hour course into three separate days to avoid long Zoom sessions and make the material more digestible. The segments are organized similarly to her in-person course: a hands-on or data lab portion where students run experiments or look at climate models to explore how the atmosphere and oceans behave on rotating planets, a student-run session to work on follow-up analysis, and a joint class session to debrief on the week’s lessons. Students will work in four-person groups through Zoom breakout rooms, with Linz hopping from group to group, answering questions, pointing out anomalies that happen because of the way experiment is set up, and helping students adjust experiments or data.

“It’s all to try to recreate some of the experience they have in the lab and in class,” she said.

“We want students to be excited,” said Bernhard Nickel, a professor in the Department of Philosophy and its director of undergraduate studies. “We want the courses to have the potential to really transform the way that students experience the world and engage with the world, not just inside the classroom, but outside the classroom, as well. That’s still exactly the same, and we’re trying to keep that keep going.”

To that end, Nickel, who teaches an introductory philosophy course for first-year students, has spent the summer coming up with ways to help students internalize the “hidden curriculum” portion of his course — essentially teaching students how to think like philosophers as opposed to thinking about their arguments. Instead of simply delivering a Zoom version of his lecture, he and his colleagues in the department have decided to make lectures available as recordings that students, especially those in different time zones, can access anytime. Class time with all in attendance will be reserved for active learning to focus on content that is well-suited for discussion or engagement.

For his course on computer vision, Todd Zickler is engaging a hybrid format of lecture and lab work. Zickler, the William and Ami Kuan Danoff Professor of Electrical Engineering and Computer Science at the Harvard John A. Paulson School of Engineering and Applied Sciences, plans to curate and post lecture material so students can access it anytime they need it.

In the more hands-on portions of the course, students will work on team projects using their phone cameras in their homes to capture images and then using coding platforms to write algorithms that allow computers to perceive and interact with the visual world by augmenting reality. During class time, students will work in small groups writing code in breakout rooms. While students won’t get to access some of the equipment they would in campus laboratories, Zickler said the firsthand experience working with limitations and finding creative ways around them is a critical lesson for any engineer.

“That’s what engineering design is all about: Creating things with the constraints of the resources that you have available,” Zickler said.

Some labs have also found ways to bring in field work, as well. Take the first-year seminar on microbial ecology and symbiosis taught by Colleen Cavanaugh, Edward C. Jeffrey Professor of Biology. The course typically features a number of field trips to observe microbes like lichens on the Boston Harbor Islands or corals at the New England Aquarium. Her course this year will still include some exploration to show students that “we live in a microbial world,” said Cavanaugh. First-years living on campus, for example, will venture out to locations like Harvard Yard to look for legumes such as clovers, or algae from local ponds to bring back to their dorms and examine under microscopes (which will be included in their take-home lab kits) during class time, while students studying at home will do the same in their own environments.

Arts departments like Theater, Dance & Media have also recalibrated their thinking to recreate the feel of in-person rehearsals and redefine what constitutes live performance, said James Stanley, the artistic producer for the department. For rehearsals, for instance, they are experimenting with live-streaming software like OBS to cut down on virtual lag so all performers are in sync. Some professors, Stanley said, have changed courses to focus more on solo performances like monologues rather than scenes to work around this, and to give them one-on-one time with actors and dancers. The department also sees an opportunity to integrate more media such as short films into coming performances.

Andrew Clark, director of choral activities and a senior lecturer in music, said the Department of Music has made similar efforts. The three choir-based courses he teaches in the fall will focus on skill-building workshops for individuals and small groups to help students connect with Clark and with each other. He will also tailor lessons for the full groups, usually 40 to 50 students.

“If we were going to build a new space [online], it wasn’t going to work unless the students themselves were the co-architects.”
— Andrew Clark, director of choral activities

The choirs are also planning on incorporating other media and outlets like poetry, written reflection, illustrations, and even photography for performances to accommodate students in living situations where they can’t sing or play instruments loudly. Clark enlisted the help of about 30 students over the summer to help think through some of these elements and more, like how to hold auditions online. “If we were going to build a new space [online], it wasn’t going to work unless the students themselves were the co-architects,” Clark said.

Across the board, most professors said the push to bring their courses online has been demanding. For his introductory class on neurobiology, Jeff W. Lichtman, the Jeremy R. Knowles Professor of Molecular and Cellular Biology, is recording about 70 lectures, synching them with PowerPoint presentations, and making them interactive to keep students engaged. (His 25-minute lectures won’t proceed unless students answer questions that pop up on screen.) 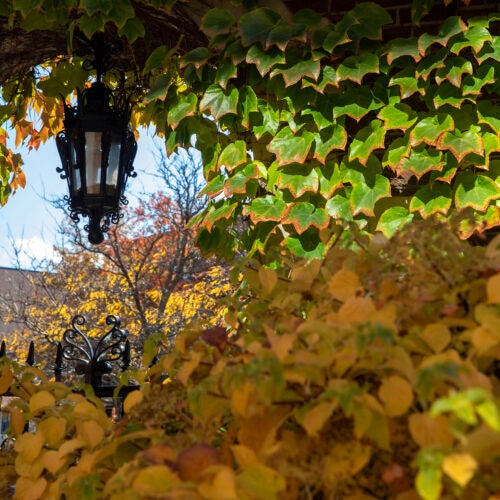 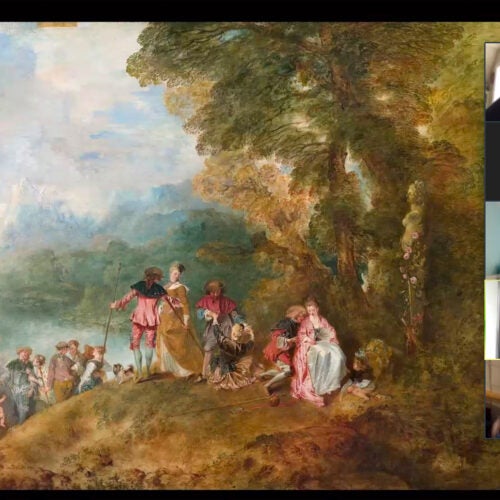 “A lot of people assume that professors, because most of us are researchers, especially in the sciences, that that’s really all we do,” Lichtman said. “But you don’t come to an undergraduate campus if that’s all you really are interested in. Most of my faculty colleagues do have an interest in conveying ideas to young people. They want to be professors in the literal sense. They want to profess; they want to teach; they want to encourage; and they want to enlighten. Throw a couple of obstacles in their way, and most faculty will try to figure out how best can we fulfill our mission.”