Getting under the skin of psoriasis 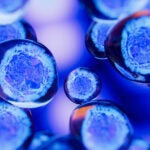 A versatile vessel for next-gen therapeutics

Psoriasis, a chronic skin condition that causes itchy, red, scaly patches, afflicts more than 8 million Americans and 125 million people worldwide. Small molecule-based drugs like steroids can penetrate the skin to treat the condition, but they can cause skin irritation and thinning and their efficacy can decrease over time. Antibodies that target specific inflammation-related molecules associated with psoriasis have been developed, but because they cannot be delivered via the skin, they are injected using needles and syringes, which limits their acceptance and can have negative systemic side effects.

A team of researchers at Harvard’s Wyss Institute for Biologically Inspired Engineering and John A. Paulson School of Engineering and Applied Sciences (SEAS) has circumvented these limitations by using an ionic liquid (IL) combination to successfully deliver a small interfering RNA (siRNA)-based treatment directly to the skin in a mouse model of psoriasis, significantly reducing levels of inflammatory cytokines and symptoms of psoriasis without systemic side effects. The research is published today in Science Advances.

“Compared to other technologies that have demonstrated delivery of nucleic acids to the skin, our IL platform offers unique opportunities in terms of tunability, an excellent safety profile, and economical scale-up,” said first author Abhirup Mandal, a former postdoctoral fellow at the Wyss Institute and SEAS who is now a senior research scientist at CAGE Bio. “We think that effective topical delivery of macromolecules will revolutionize the treatment options for debilitating dermatological disorders like psoriasis.”

Synthetic siRNAs are non-coding double-stranded RNA molecules that are routinely used in biological research to “silence” a target gene by destroying the gene’s RNA transcripts. This ability also makes them very attractive candidates for treating diseases and disorders without modifying the DNA in a patient’s cells. However, their use in medicine has been hampered because RNAs are large, hydrophilic molecules, and therefore have a hard time crossing cells’ hydrophobic membranes.

The team at the Wyss Institute and SEAS tackled that challenge using a recently discovered class of material called ionic liquids (ILs), which are essentially salts that are liquid at room temperature. Based on earlier research investigating the interactions of ILs with lipids, the researchers had a hunch that ILs could stabilize siRNAs and improve their penetration across lipid-based cell membranes, enabling localized gene silencing.

The team first created a library of different ILs, then tested combinations of them to see which had the physical and chemical properties they were looking for. They settled on a mixture of two — CAGE (choline and geranic acid) and CAPA (choline and phenylpropanoic acid) — that helped associated siRNA molecules retain their structural integrity and led to increased siRNA penetration into pig skin in vitro. When they applied the CAGE+CAPA mixture as a thick topical liquid to the skin of living mice, they observed no inflammation or irritation, indicating that it was non-toxic.

Because ILs are a fairly new material, predicting their interactions with the cargoes they are meant to deliver is challenging. The researchers collaborated with co-author Charles Reilly, a senior staff scientist in the Bioinspired Therapeutics & Diagnostics platform at the Wyss Institute, to perform molecular dynamics simulations to model and understand how the CAGE+CAPA solution would interact with siRNA and cell membranes at the molecular level. The observations from those simulations predicted that this IL-siRNA complex had superior stability due to its component ions’ strong chemical interactions with the RNA base pairs. The model also suggested that it led to higher penetration of cell membranes because the ions in the IL were able to pack closely together, forming aggregates that augmented the complex’s ability to disrupt the membrane and allow the siRNA’s entry.

Armed with an effective delivery vehicle, the team then coupled it with a specific siRNA designed to silence a gene called NFKBIZ, which has been implicated in the upregulation of a number of inflammatory molecules that are involved in psoriasis. They applied the CAGE+CAPA mixture along with the siRNA to the skin of mice with a psoriasis-like condition for four days, then compared those mice to others that had received CAGE+CAPA with a control siRNA, CAGE+CAPA alone, or no treatment.

The mice that were given the NFKBIZ siRNA treatment had reduced epidermal thickening, skin discoloration, and keratin overgrowth compared to the other experimental groups, as well as less redness and scaling. They also displayed a significant reduction in the expression of NFKBIZ and other psoriasis-related gene products in their skin cells, demonstrating for the first time that IL-siRNA complexes can induce a therapeutic effect at both molecular and macroscopic levels by silencing a target gene in vivo following topical administration.

“Topical creams have been used to treat skin conditions for hundreds of years, but the skin is a very effective barrier against most substances, which limits their effectiveness. Being able to bridge that barrier to deliver nucleic acid therapeutics directly to skin cells is a huge accomplishment in the quest for targeted, effective therapeutics,” said corresponding author Samir Mitragotri, who is a core faculty member at the Wyss Institute and the Hiller Professor of Bioengineering and Hansjörg Wyss Professor of Biologically Inspired Engineering at SEAS.

This IL-based delivery platform can be easily scaled up and tuned to interface with a variety of therapeutic molecules, including DNA and antibodies. It could also empower transdermal drug delivery for the treatment of other dermatologic skin conditions including eczema, and improve the long-term efficacy of therapies by targeting genes that mediate multiple disease pathways.

Based on the encouraging results from this study, Mitragotri’s lab is initiating new collaborations with researchers at various institutions focusing on understanding local and systemic mechanisms associated with autoimmune and inflammatory diseases in the skin.

“Many of the innovations that biologists have been using in research for years have significant clinical potential, but most haven’t achieved it because of fundamental limiting factors such as, in this case, the barrier posed by the skin. This creative solution to this drug delivery problem holds great promise for enabling a new class of effective treatments that are long overdue,” said the Wyss Institute’s Founding Director and co-author of the paper Donald Ingber, who is also the Judah Folkman Professor of Vascular Biology at Harvard Medical School and Boston Children’s Hospital, and Professor of Bioengineering at SEAS.

This research was supported by The Leo Foundation and the Wyss Institute for Biologically Inspired Engineering at Harvard University.