A versatile vessel for next-gen therapeutics 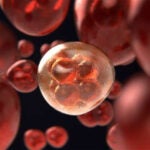 Harvard University’s Office of Technology Development (OTD) and the Harvard T.H. Chan School of Public Health today announced the launch of Vesigen Therapeutics, a startup company that aims to overcome the challenge of delivering next-generation therapeutics, such as gene-editing complexes, RNA molecules, and other large proteins, to intracellular targets in specific tissues of interest.

Through an exclusive license agreement with Harvard, Vesigen will develop and commercialize novel drug-delivery technologies that originated in the lab of Quan Lu, professor of environmental genetics and physiology at the Harvard Chan School. In Lu’s lab, what began as a basic biological study of how cells communicate with each other ended up pointing, “completely unexpectedly,” to a new way of creating tiny, mobile capsules that efficiently direct therapeutic molecules to the cells where they’re needed. Support from Harvard’s Blavatnik Biomedical Accelerator enabled Lu’s research team at the Harvard Chan School to conduct validating studies and advance the nascent technology to a point of readiness for full commercial development.

“We can harness the capability of these vesicles, called ARMMs” — for ARRDC1-mediated microvesicles — “to first package and then deliver therapeutic cargoes to the targeted tissues. That’s the ultimate goal of this, to enable next-generation therapeutics to reach their full potential in combating a wide range of diseases,” explained Lu.

Vesigen launches with $28.5 million in Series A investment led by Leaps by Bayer and Morningside Ventures, with participation by Linden Lake Ventures and Alexandria Venture Investments. Vesigen will use the capital raised to build out the ARMMs platform as well as to advance numerous therapeutic agents into preclinical and clinical development.

More than 80 percent of identified and biologically validated drug targets in humans are located inside cells. Yet some of the most promising new therapeutics, such as CRISPR/Cas9 genome editing complexes or mRNA or RNAi molecules, are large proteins and nucleic acids that cannot cross the cell membrane without help. Several approaches, including adeno-associated viruses and lipid nanoparticles, rely on a natural process called endocytosis to deliver their cargo into cells. The drawback is that most of what enters the cell in this way ends up channeled to the lysosomes and degraded, resulting in low efficiency. The key innovation from Lu’s lab stems from the discovery of a previously unrecognized mechanism in the cell membrane that allows it to accept deliveries without, essentially, sending them to be destroyed.

“We can harness the capability of these vesicles, called ARMMs, to first package and then deliver therapeutic cargoes to the targeted tissues. That’s the ultimate goal of this, to enable next-generation therapeutics to reach their full potential in combating a wide range of diseases.”
— Quan Lu, Harvard Chan School

The advance could enable the development of new therapeutics for numerous conditions for which intracellular drug delivery is currently a roadblock. Vesigen intends to focus primarily on the targeted delivery of treatments for neurological diseases, oncology, and ophthalmology, while making engineered vesicles available to interested companies advancing treatments in other indications.

Using his lab’s technology, Lu said, “If you want to deliver a therapeutic to the muscle, this vesicle can be engineered with specific surface molecules to target muscle cells.” In the case of eye diseases, he noted, “Injecting locally into the retina might avoid some of the unwanted immune responses and toxicity associated with viral delivery methods.”

“ARMMs have the potential to solve some truly vexing problems for the biotech industry,” said Grant Zimmermann, managing director of business development in Harvard OTD. “For example, many therapeutic modalities would benefit from a drug-delivery mechanism with low immunogenicity, an intrinsic ability to traffic to specific tissues and cell types, and an efficient capability to deliver cargo directly to the cytoplasm of target cells. Additionally, RNA- or protein-based therapeutic cargo is directly loaded into the ARMM delivery vehicle during biogenesis, streamlining the biological manufacturing process. The innovations from the Lu Lab are extremely promising in these respects, and I’m thrilled to see them enter commercial development.”

In Lu’s lab, the work began a decade ago. From a postdoc at Stanford, Lu was recruited to a faculty position at the Chan School to study the biology of the lung — specifically, how smooth-muscle tissue in the airway expands and contracts. Having expertise in genomic screening tools, Lu was able to sift through the genes active in these smooth-muscle cells and identify the signaling mechanism that regulates the cells’ receptivity to asthma drugs called beta-agonists. Lu subsequently expanded his work to examine more broadly the complex gene-environment interactions in asthma and in other multigenic human diseases such as diabetes and neurodegeneration. His work generated important insights, but along the way, he stumbled onto something else. 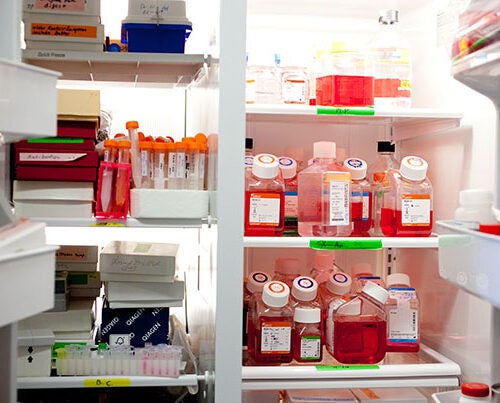 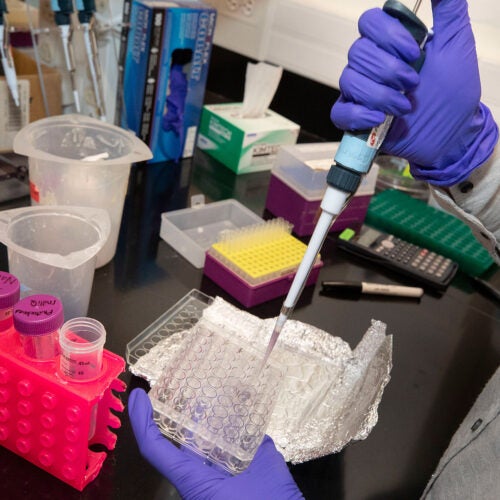 A protein called ARRDC1 (arrestin domain containing protein 1), closely related to a key protein identified in the asthma study, localizes “beautifully on the cell surface.” While ARRDC1 is not involved in airway response to beta-agonists or in asthma, Lu’s lab was stunned to discover that this protein drives the formation of small vesicles that transport materials in and out of the cell, essentially passing messages among neighboring cells in a way that was previously unrecognized. In the same 2012 PNAS publication, the research team noted that this mechanism explains how budding viruses like HIV and Ebola egress from within a cell host, coopting some components of ARMMs for their own purposes. The lab also showed, a few years later, that ARMMs can package and transfer bioactive receptor protein molecules between cells. Each ARMM vesicle is about one-millionth the volume of the cell, but it can hold hundreds of large molecules, and each cell can produce thousands of vesicles in a day.

“Once we figured that out, we thought, well, if cells can transfer molecules from one cell to another through this mechanism, then you could actually replace the endogenous molecule with a therapeutic cargo,” said Lu.

With funding and strategic advising from the Blavatnik Biomedical Accelerator, Lu proved the point. His lab demonstrated that its researchers could engineer ARMMs to deliver the tumor-suppressor protein p53 to cells that were lacking it, in mice. The research team published this work in Nature Communications in 2018, and generated important validating data on how the vesicles move within the body. Harvard OTD helped Lu develop a business plan and assemble a founding team, and in 2019, Vesigen received the Alexandria LaunchLabs Innovation Prize, a recognition of the startup’s “excellence in scientific innovation, leadership, and business strategy.”

“The support from the Blavatnik Biomedical Accelerator was critical for my lab,” noted Lu. “It allowed me to complete most of the experiments described in our 2018 publication. Equally importantly, the Office of Technology Development and their Accelerator team helped me to make connections in industry and navigate the interactions with venture capitalists and pharmaceutical companies. They played a pivotal role in translating my lab’s innovations into the critical opportunities that led to the founding of Vesigen.”

Lu is a cofounder of Vesigen and will serve on the company’s scientific advisory board while remaining full-time at Harvard Chan School to continue to focus primarily on his research and teaching.

“My lab did not set out to find a therapeutic cure or a method to deliver therapeutics; we research biological questions that are relevant to public health,” he said. “But I’m very satisfied that some of the very basic findings in my lab have found these translation opportunities, and hopeful that our work may enable new therapies that save lives.”

Entrepreneur Robert Millman will lead the company as cofounder and CEO. Millman previously founded and led two other companies to commercialize biomedical innovations from Harvard: Semma Therapeutics and CoStim Pharmaceuticals.

“Many biotechs today, including some that I’ve worked with, have made it their mission to translate new biological tools, such as RNA interference, mRNA replacement, and DNA editing, into new therapies,” said Millman. “For most companies in this space, delivering the agent into the cell safely and efficiently is still an unsolved problem. With the ARMMs technology, we aim to overcome this barrier and expand the treatment options for patients.”

Vesigen has named Morningside Ventures’ Gerald Chan, S.M. ’75, S.D. ’79, as chairman of the company, while Stephen Bruso of Morningside and Jürgen Eckhardt and Jak Knowles of Leaps by Bayer will join the board of directors.