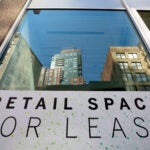 People have already lined up outside the Bank of Oklahoma (BOK) Center in Tulsa, Okla., where President Donald Trump plans to hold a rally on Saturday. The arena holds nearly 20,000 people and a nearby convention center has been reserved for overflow. Also nearby: the Greenwood District, where in 1921 a white mob numbering in the thousands destroyed an affluent Black community known as Black Wall Street.

Trump’s rally comes at the moment a sudden civil rights movement has surged across the U.S. following the killing of George Floyd while in Minneapolis police custody. Amid a national swirl of racial reckoning — and the coronavirus pandemic — the rally is a go in a city still grappling with its past.

Trump moved the day of the rally from Friday to Saturday after he learned about Juneteenth, a yearly commemoration held on June 19 to observe and celebrate the end of slavery in the U.S. Numerous prominent Black leaders had called on Trump to move the date, and Gov. Kevin Stitt has recommended that Trump avoid Greenwood.

Academics describe Greenwood in 1921 as an affluent Black community of more than 10,000 residents where leaders nurtured entrepreneurship and innovation. White Tulsans deeply resented the success of their Black neighbors. On May 31, a spark set off that kindling. News reports published that day claimed a Black man, Dick Rowland, had assaulted a white woman, Sarah Page, in an elevator the day prior.

“It is commonly understood today that Rowland simply slipped and inadvertently grabbed Page’s hand, prompting her to scream,” write the authors of “The Destruction of Black Wall Street: Tulsa’s 1921 Riot and the Eradication of Accumulated Wealth,” published October 2018 in The American Journal of Economics and Sociology, one of the papers highlighted below.

After the elevator, white Tulsa erupted. The evening of May 31, a mob of hundreds of white Tulsans gathered at the courthouse where Rowland was being held, according to a 2001 report the Oklahoma government commissioned in part to detail the facts of the riot. Three white men from the mob went into the courthouse and demanded that officials hand over Rowland, but authorities refused, according to the report.

Rebuffed, white Tulsa invaded Black Tulsa, looting, dropping bombs from planes, and committing arson and murder over the next 12 hours. The white mob swelled into the thousands. One witness said he saw Tulsa police officers burning down Black homes. Some ten thousand Black Tulsans lost their shelter and livelihoods, and hundreds lost their lives by the time martial law was finally declared the morning of June 1.

“With estimates of from 150 to 300 dead, it was at best shameful, at worse, a massacre,” writes then-Oklahoma State Sen. Maxine Horner in the state report. Indeed, news outlets today often refer to the Tulsa race riot as a massacre. The Tulsa Historical Society and Museum calls it the 1921 Tulsa Race Massacre.

Losses were devastating for Greenwood, but there’s little peer-reviewed academic research on the specific economic consequences of the massacre. The three articles featured below are among the few that attempt to analyze some of the economic fallout. They estimate direct property damage from the massacre north of $200 million in today’s dollars; they associate the massacre with stifling Black innovation; and they show that challenges persist when it comes to reconciling the past with the economic imperatives of today.

The Destruction of Black Wall Street: Tulsa’s 1921 Riot and the Eradication of Accumulated Wealth
Chris Messer, Thomas Shriver and Alison Adams. The American Journal of Economics and Sociology, October 2018.

The economic devastation in Greenwood was essentially total and the neighborhood never recovered its status as America’s Black Wall Street, according to Chris Messer, Thomas Shriver, and Alison Adams.

Messer is an associate psychology professor at Colorado State University-Pueblo. Shriver is a sociology professor at North Carolina State University. Adams is an assistant professor of community and environmental sociology at the University of Florida. They reconstruct the story of financial loss for Black entrepreneurs and families in Greenwood through archival documents, U.S. Census Bureau data, oral narratives from residents and contemporaneous news coverage.

Many Greenwood residents kept cash in their homes, in part because they didn’t trust white-owned banks, according to the authors. White mobs stole money and valuables from Black households. The mobs destroyed more than 1,200 homes across 35 city blocks, and another 314 homes were looted. Some Black families from Greenwood became American refugees in America, living in Red Cross tents. Police and National Guard units imprisoned other Black residents. Others fled Tulsa. In a matter of hours, white looters had eradicated Black wealth in Greenwood.

“From a 10-room and basement modern brick home, I am now living in what was my coal barn,” recalled resident C.L. Netherland, according to a contemporaneous testimonial relayed in the paper. “From a five-chair white enamel barber shop, four baths, electric clippers, electric fan, two lavatories and shampoo stands, four workmen, double marble shine stand, a porter and income of over $500 or $600 per month, to a razor, strop and folding chair on the sidewalk.”

The authors estimate white rioters decimated more than $200 million of Black property in today’s dollars. Courts decided the city of Tulsa was not financially liable for what the mob had done, according to the authors. Insurance companies got around claims through clauses that released them from damage payouts due to riots. The U.S. Supreme Court in 2005 decided not to hear a case seeking reparations for survivors and descendants of the Tulsa massacre, after lower courts ruled the statute of limitations had expired.

“The failure to provide reparations did not simply affect the direct victims of collective white violence,” the authors write. “It was a part of a larger pattern that deprived later generations of African Americans of household assets and conveyed an implicit message that white violence would be either condoned or tolerated. That is the legacy that now demands a response.”

Cook tallied 38 riots, including the 1921 Tulsa massacre, that led to major loss of life and property. Most of the time, but not always, rioters were white people targeting Black people and their property. There were many small riots, but those incidents weren’t well documented at the time the paper was published. Major riots happened mostly in the South before 1900 and in the North after 1900, Cook finds.

“The effects of violence on Black economic activity would have been both direct — for example, Black inventors’ workshops were located in the affected business districts — and indirect — for example, riots lower the value of commercial and residential property, which would reduce financing opportunities and increase operating costs,” Cook writes.

She also tallied 290 state laws that promoted segregation and decreased access to patenting institutions and networks of all-white patent attorneys, as well as 2,787 lynchings of Black victims and 290 lynchings of white victims during the period studied.

“In addition to killing the victim, often a secondary objective was the externality a lynching produced — to intimidate the victim’s family, community, or ethnic or racial group,” Cook writes. “A lynching signaled that personal security — and with it the freedom to work and innovate — was not guaranteed.”

Patent records don’t capture inventors’ race. To fill the gaps, Cook used historical directories of Black doctors, scientists and engineers — professionals likely to be inventors — combined with U.S. Census Bureau data and U.S. Patent Office survey data. Cook documents a variety of innovations across industries by Black inventors. Judy W. Reed patented a dough kneader and roller in 1884. Alexander Miles was granted a patent for automatic elevator doors in 1887. Oscar Robert Cassell patented a flying machine in 1914. Richard E.S. Toomey got a patent in 1930 for an appliance to prevent ice on airplanes.

Before 1900, Cook finds patenting rates were lower for Black inventors than white inventors, but followed similar patterns — increasing during economic booms, decreasing during downturns. The patent rate for Black inventors drops precipitously and mostly flattens post-1900 — four years after the Supreme Court’s Plessy v. Ferguson decision legalized racial segregation. The gap between white and Black patenting rates was widest in years when racial violence was particularly high, like 1889 and 1909.

“According to the historical literature, before 1921 potential victims implicitly believed that, if implored, the federal government would act,” Cook writes. “The response to the Tulsa riot was considered a major policy shift in favor of nonintervention by federal and state governments. Accounts of the Tulsa riot suggest that many at the time believed that government failed at all levels, that this was a turning point in federal policy and national practice related to property-rights protection, and that the country was likely headed toward racial warfare.”

After 1921, a 1 percent increase in lynchings per capita is associated with nearly the same percentage decrease in the rate of Black patent activity, Cook finds, while major riots are associated with 14 percent lower rates of Black patents. She finds no correlation between the 1921 federal policy shift and white patenting rates.

In 2013, Tulsa renamed Brady Street in its downtown arts district to M.B. Brady Street. The street had been named for Wyatt Tate Brady, a onetime Ku Klux Klan leader and city founder linked to stoking racial animosity that precipitated the 1921 massacre and who guarded his namesake hotel during the riots. Mathew Brady was a renowned Civil War photographer without ties to Tulsa. The city also gave the street an honorary name — Reconciliation Way.

The name change compromise represents “a political technology used to justify sanitizing controversial histories and prioritizing capital accumulation over social justice,” the authors write. In other words, the compromise was meant to avoid disrupting the flow of business on the street, not to confront Tulsa’s past, according to the authors. The sentiment is echoed in a 2012 city plan for the arts district the authors cite:

“Today, there is a faction of Tulsans who take issue with some of the associations and choices that Tate Brady was involved with, but there is no denying that he was a huge supporter of Tulsa and played a very big part in its early development.”

As of July 1, 2019, the street was officially renamed Reconciliation Way, losing Brady altogether. But the yearslong debate among officials and residents over the name of a single street in a single American city reveals how a single, explosive event a century ago can leave lasting cultural and economic scars.

“Recovering, taking responsibility for, and healing the wounds of painful, racialized historical legacies has proven to be difficult and contested memory-work in the U.S. and other nations, especially in the face of resurging white nationalism and supremacy,” the authors write.